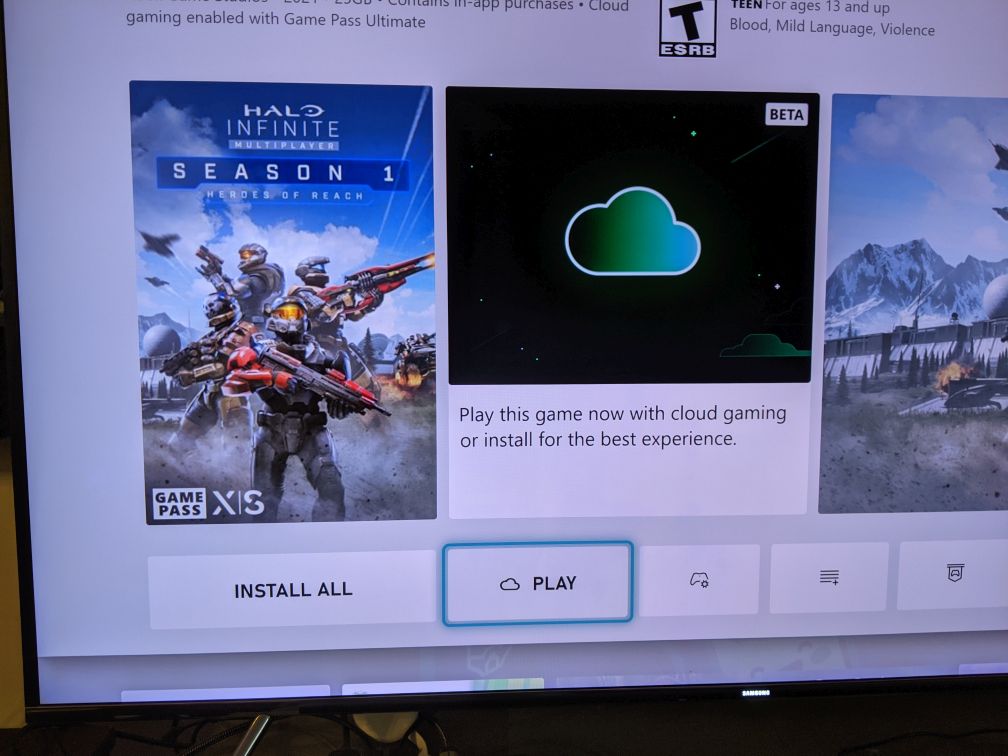 It is finally here! Xcloud, Microsoft’s cloud gaming system for Xbox Game Pass, has been available on mobile devices and computers for a while now, but inexplicably not on the consoles themselves. Today it has arrived.

Of course HOW to access it isn’t particularly clear.

Step one: Update your console. It’ll update automatically probably tonight but if you want to jump in now go to settings->system and choose updates.

Step three: When the console restarts you’ll probably see all kinds of promotions for this new feature, but barring that, open the Game Pass app, open a game page, and from there you’ll see a “Play” button with a little cloud icon next to it. (See image at the top of this post.) You’ll also see the cloud icon on the game ’tiles’ in the game pass app.

I can’t take screenshots of the dashboard, so please forgive the photo of a TV. 🙂

Xbox One owners get this too, and can play Xbox Series X titles via Xcloud, though to the best of my knowledge there are no exclusive Series X|S games that are cloud-enabled yet. Flight Simulator is coming, though.