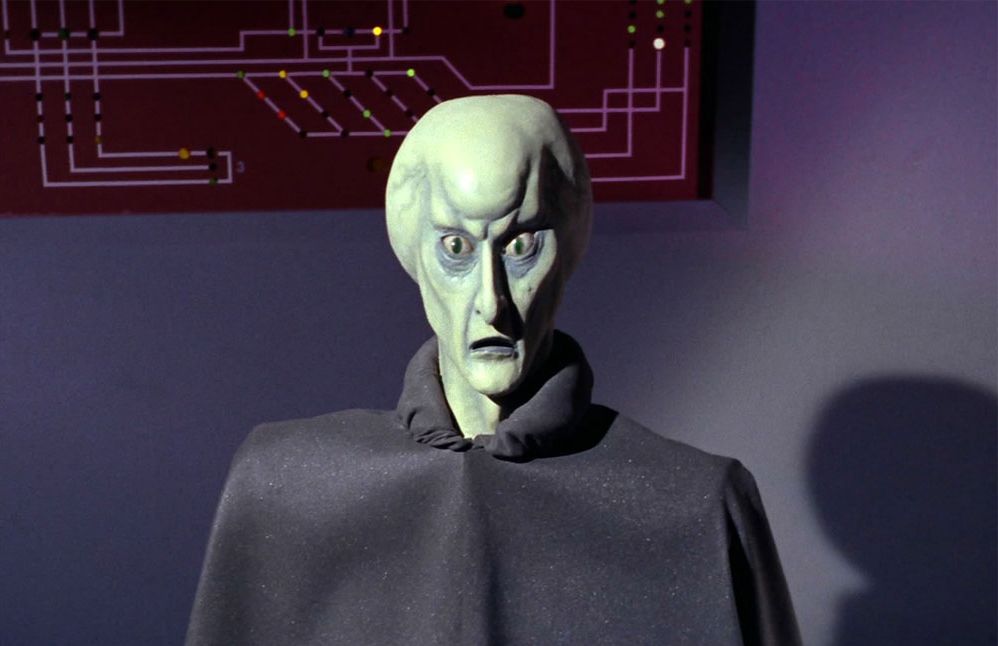 I’ve started another re-watch of Star Trek, the original series. This time around I’m watching them in the order they were made, rather than the order they were aired. There was the pilot (“The Cage” featuring Captain Pike rather than Kirk) then the 2nd pilot (“Where No Man Has Gone Before” which has most of the crew in place except for McCoy) and then the first regular episode made was “The Corbomite Maneuver.”

This is the one where the Enterprise encounters the scary alien shown above, but eventually they discover it is just a puppet and the actual alien is played by a VERY young Clint Howard.

Howard would’ve been about 7 in this role, though he didn’t voice the part. He was already an established actor, though. IMDB lists his first role in “The Courtship of Eddy’s Father” in 1963 — that would be the movie version, not the Bill Bixby led TV show. He was also on the Andy Griffith show with big brother Ron. His most recent listing is in 2020’s “American Pie Presents: Girls’ Rules” (whatever that is). That’s quite a long career in the business. Even more random trivia: he played an Orion in an episode of Star Trek Discovery.

Anyway back to Star Trek. I was always really creeped out by Balok; hearing the adult voice coming out of this creepy little kid’s body just gave me the icks. But the episode did introduce Tranya, so that’s something I guess. And more importantly it established the Star Trek theme of taking the moral high ground. After Balok threatens to destroy the Enterprise, and then to incarcerate the crew, his ship is apparently disabled and Kirk sends aid to help him out. The rest of the bridge crew thinks this is pretty cray-cray but Kirk is Doing The Right Thing which is what the original series was generally all about.

The title of the episode refers to Kirk’s bluffing Balok, saying the Enterprise is equipped with a Corbomite device that would reflect any damage done to it back on the attacker. I guess Star Trek invented the damage shield.

I also watched Mudd’s Women tonight, but I re-capped that back in 2016 so I won’t repeat myself now.