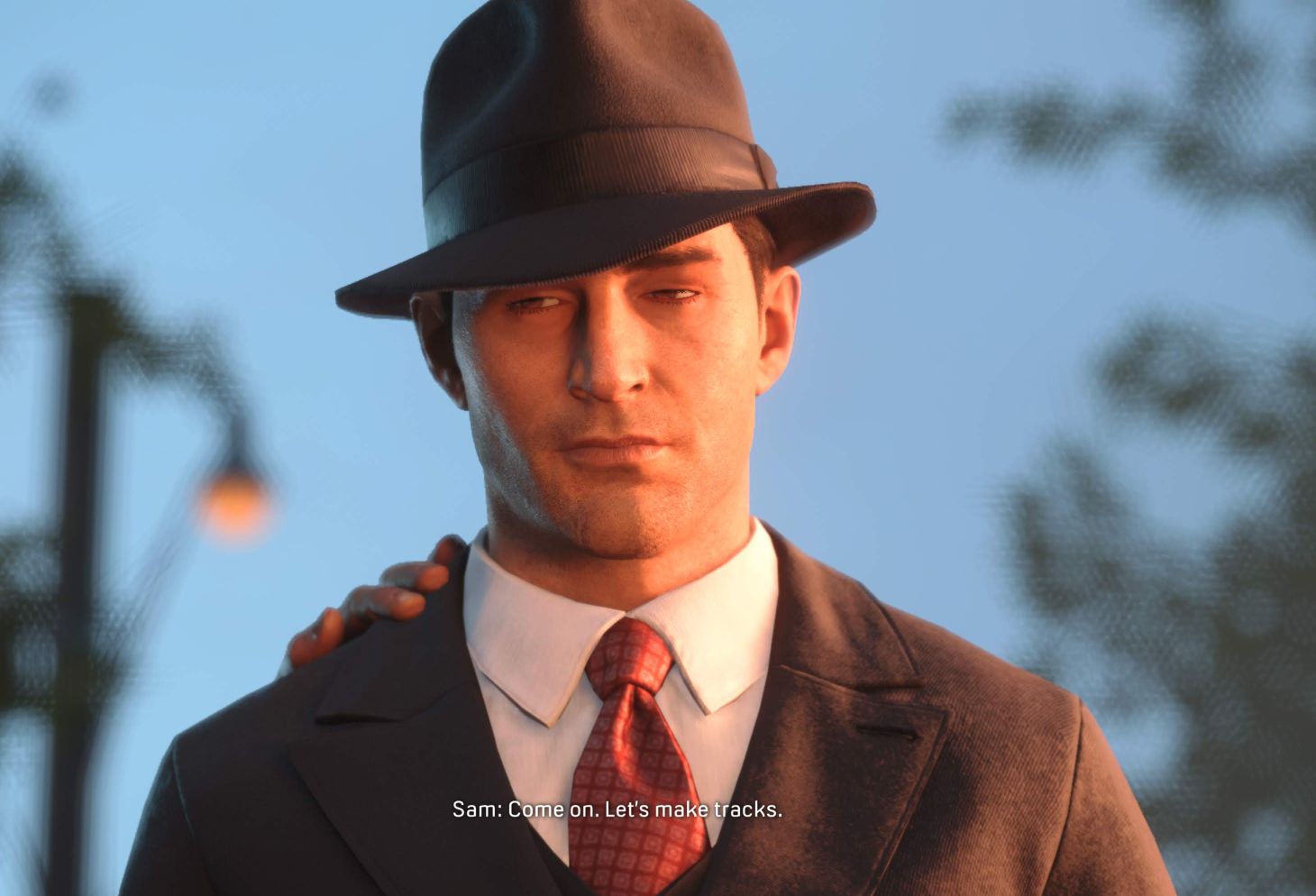 Mafia Definitive Edition is a throw-back, in a couple of ways.

The most obvious is the story, which takes place in the early-mid 1930s, that strange part of US history where drinking a beer was illegal but grabbing a soda laced with cocaine was fine. It really does a great job of transporting you back to those days, with characters slinging old-timey slang left & right, and old music and news snippets playing on radios.

But it’s a throw-back in terms of gameplay, too. We just don’t get many games like this any more. The game plays out as a series of missions, each telling a chunk of the overall (and very decent) story. To support the strong narrative the missions are all quite linear, and while there is a pretty large city for you to drive around in, it is ‘open world’ in only the most technical sense. There’s no reason to roam around other than for fun. There’re no character levels, no crafting. There are collectibles but those are just for Achievements/bragging rights; they don’t impact gameplay at all.

There’s a lot of driving too, which I loved but might annoy others (it’s the 1930s, the cars aren’t very fast). Most missions start with you driving to the location and then after all the action you have to drive back home. It adds a certain cadence to the story and I enjoyed the driving but gamers who want all action all the time might feel frustrated. I went so far as to ‘roleplay’ my driving, trying to drive safely so as not to draw the attention of the cops on the way to or from a job. There are achievements that suggest that at times the cops will come after you for driving poorly but it never happened to me.

As for the story, you play as Tommy Angelo (no customization available), who starts the game as a cabbie and gets involved with an organized crime family and rises through the ranks. Let’s be clear: you are playing a bad guy in this game. He has a little more of a conscience than some of his colleagues but he is still a very bad man. So keep that in mind.

I don’t usually do well playing a bad guy but for some reason I really enjoyed Mafia. Maybe it is just the era or something, or maybe Hollywood has de-sensitized me to being a bad guy in this kind of organized crime setting.

Overall I’d rate the actual gameplay somewhere around a 3 out of 5. It was fine, but not super special. It was the time period and the story that really hooked me. It also helped that it was pretty short. 10-15 hours or so. And that was enough. I was sated by the time it was done, and had no interest in replaying it or hunting Achievements.

This is the perfect kind of game to play on a subscription service (I played it via Playstation Plus Pass) or if you can get it for cheap as part of a bundle or something. Recommended as long as you like gangster stories.