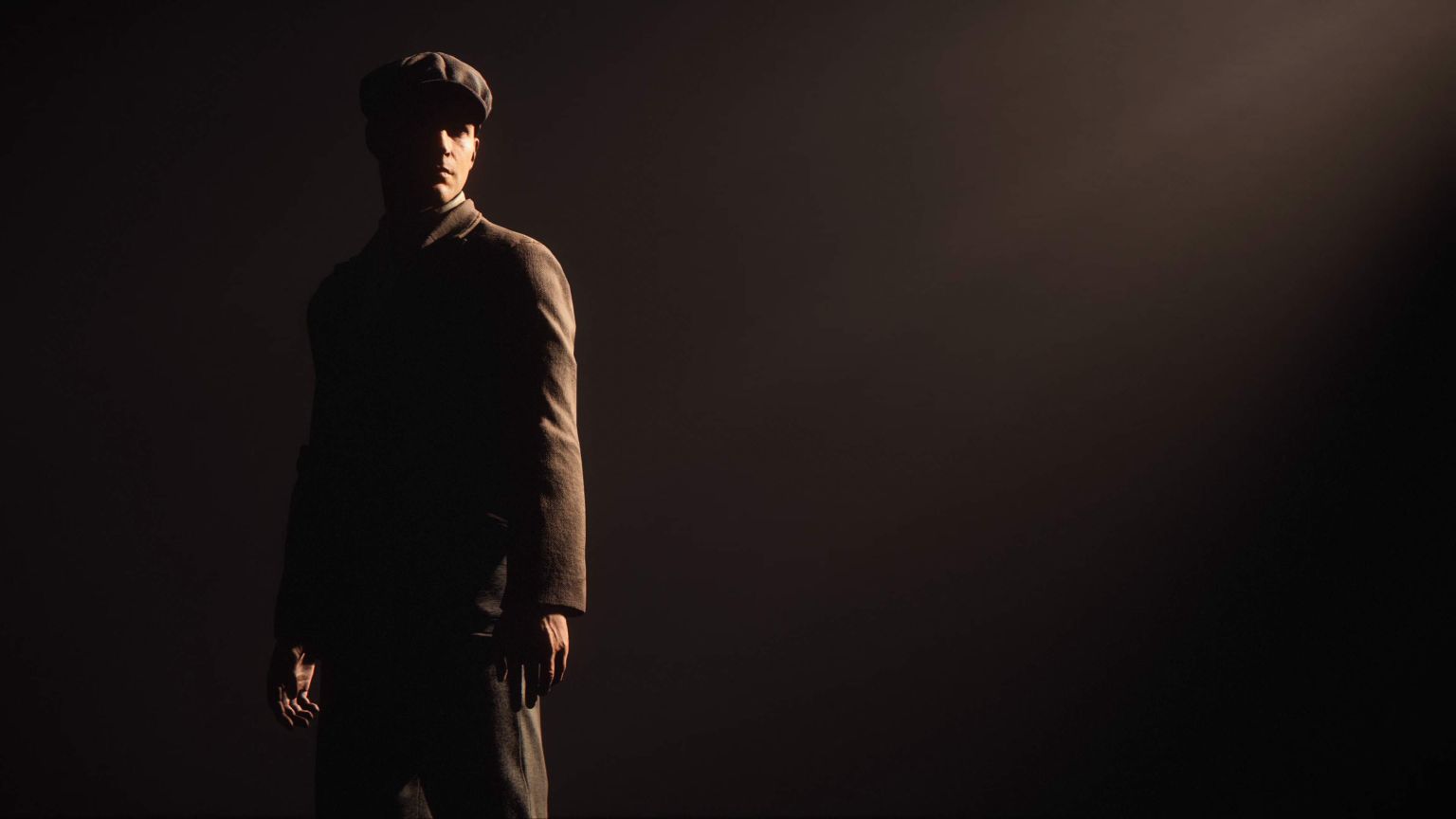 Hot enough for ya? July has been absolutely brutal in terms of the heat, not only here in North Carolina but seemingly everywhere in the northern hemisphere. Here at Dragonchasers HQ we’re all going a bit stir-crazy since it is so awful outside that we just sit indoors staring at the same walls, day in, day out. August isn’t looking much better in the long-range forecast, but in my mind I envision July 31st as existing at the bottom of a deep hot pit. May-July we’re heading down into the grossness, then come August 1st we’ve hit the bottom of that pit and are starting the slow climb back to temperatures that are comfortable (highs of 60-70F). We should get there by November.

Anyway, on to the recap!

Deliver Us The Moon is part adventure, part puzzler, and part simulation. It’s fairly short, and I say that as a compliment because it doesn’t overstay its welcome. It also isn’t particularly hard. I suck at adventure games and only had to look up a hint once and that was really because I was tired and my brain was being lazy. Once I looked up what to do I realized I’d been looking at the ‘thing that can be manipulated’ without it sinking in that it was glowing as ‘things that can be manipulated’ do in this game. The story is both pretty implausible (you have to launch yourself in a rocket to the moon to fix a reactor that provides Earth with all its power) but also pretty entertaining. Definitely would recommend it if you haven’t played yet. You can easily finish it in a weekend. I played it on Playstation Pass (which is what I insist on calling Playstation Plus Extra- the tier that gives you a bunch of PS4 & PS5 games to play.)

Progress in Ni No Kuni 2 has slowed down. Now that I’m thinking about it, it has been a LONG time since I’ve stuck with an RPG for very long. They all start to feel so tedious since you wind up doing the same thing over and over for tens of hours. It’s really up to the narrative to pull you along, but generally these games have a 1-2 hour story stretched over 30 hours of game play. Same feels true here. It’s fun enough to play in short doses but I get bored after an hour and set it aside again.

Far Cry 6  completed and I wrote a post about that.

Middle Earth: Shadow Of War also warranted its own post. After writing that post I spent an evening having some success and making what felt like progress. I thought I’d turned a corner. Then the next evening I was back to rage-inducing frustration, to the point where the rest of the family literally left the room to get away from me. Haven’t booted it since. Not sure I will. When a game gets you frustrated to the point that your dog gets upset & worried, it’s time to set it aside.

No Man’s Sky got a new update. New updates always bring me back, but because I’m weird I always start a new game and tend to drift away before I get to whatever is in the new update. Same thing happening this time; started a new game, sort of played for a few days. Then everyone on Twitter was talking about doing the new Expedition so I started over AGAIN in an Expedition and am sort of playing. I really like No Man’s Sky but it always feels like a real time-sink. It’s a good ‘on vacation’ kind of game.

Stray — Short and sweet. Probably helps to be a cat fan. I thought it was OK, but I am not in the camp that sees it as a game of the year contender or anything like that. Playing it soon after Deliver Us the Moon was maybe a disservice since DUtM gave me my fill of wandering around doing puzzles with no combat. While the narrative and tone of the two games are very different, they still kind of scratched the same itch in my brain. You walk around, solve some puzzles, talk to some people.

Mafia: Definitive Edition is another game I downloaded thanks to Playstation Pass. I just started it a couple days ago but I’m finding it pretty engrossing. Weird thing is, I’ve hardly PLAYED the game; mostly it’s been cut scenes and driving around. Hopefully when I get to the real interactive parts I’ll continue to like that as much as I’m enjoying the narrative bits.

There’s more; quite a bit more. But just a lot of things that I’ve dipped into here and there and I don’t want to try everyone’s patience any more than I already have!

Stranger Things (Netflix) surprised me by having only 2 more episodes to air in the ‘2nd half’ of the season, but they comprised 4 hours of show.  It was amazing. They have one more season of the series but I guess it won’t be out for a couple years. The characters will have to be in college by then!

The Dragon Prince (Netflix) is a YA Netflix anime show that I really enjoyed. It is kind of sweet, kind of light in a lot of ways. But it also explores some aspects of human behavior that we don’t often see. Watching characters you like drift towards becoming a villain without ever realizing they’re becoming a villain. Or exploring what it is like to be one of the family members of the villain. There’re three seasons with a 4th season coming out this fall, I believe, and I’m really looking forward to it. Would broadly recommend this series.

Lillyhammer was one of the first original Netflix shows. It’s about a mob boss who goes into protective custody in Lillehammer because he watched some of the Olympics when they took place there. He’s a complete fish out of water in Norway but soon returns to his old ways. It’s one of those shows  that I really WANT to like (mostly because Steven Van Zandt stars in it) but honestly, it’s just OK.

RFDS (PBS) stands for Royal Flying Doctor Service. This was basically a soap opera that aired on PBS Masterpiece. It takes place in Australia. Doctors have to do emergency calls via plane. Drama ensues. I like it since it was such a change from what I usually watch. Plus, y’know, lots of Aussie accents. Who (in NA) can resist that?

Ms Marvel (Disney+) was an absolute joy and a surprise. I never expected to love this show as much as I did. It was just (dare I say it?) MARVELous! Sadly I think we’ll have quite a wait for a second season and I’m not sure if they’ll be able to catch lightning in a bottle twice.

Strange New Worlds (Paramount+) was so so good. I’m sad it is over. If you watched Discovery or Picard and have written off ‘New Trek’ I urge you to give this a try. Strange New Worlds recaptures the spirit of the original seriess and Next Generation.

The Sea Beast is a movie on Netflix that you really need to watch. It’s about a world where wooden ships set sail to fight sea monsters. It’s both a great sea yarn and a sweet story about understanding, and it has one of the sassiest young characters I’ve seen in a while. She is, as the ship’s captain (voiced wonderfully by Jared Harris) says, “pure vinegar.”

We’ve finally gotten around to season 3 of For All Mankind (Apple TV) and so far the show still delivers. I was worried that it might slip as we got farther and farther from what actually happened (the whole show posits an alternate timeline where the USSR beat the US to the moon and the space race never slowed down) but so far, so good. Mind you, we haven’t finished the season yet.

All I’ve been reading this month are ancient Marvel Comics. I’m using this site (that someone shared with me in a comment last fall) and the Marvel Unlimited app on the iPad. The “Read it Online” links on the former open the comic in the app, making it easy to follow the order. These comics (we’re talking issues from the early 1960s) are honestly not great but I find them very amusing. If it isn’t a random alien causing problems it’s the commies! And it’s fun to see how some of the superheroes we know today started out. Thor was a regular guy with a magic cane that could transform him into his superhero self. The Hulk used a machine to transform between Bruce Banner and Hulk, and Hulk was acerbic but otherwise talks normally. Antman uses a gas to shrink and enlarge himself, and he gets to the scene of a crime by launching himself via catapult and telepathically ordering ants to form a big pile for him to land softly in.

The big names back then were the Fantastic Four, and the Human Torch seems to be the most popular character. He often appears in his own in spin off comics. In the first Iron Man, Tony Stark is captured by the commmies (it’s always “the commies” or “the reds” in these old books) while in Vietnam. The
origin story is fairly close to the scene in one of the Iron Man movies where he’s captured by terrorists in the Middle East. He’s supposed to be building them weapons but instead builds his armor. Only since this was the early 60s it all happens in Vietnam, and Stark is a wizard with transistors! (Remember transistors were cutting edge back then). Next hero to get his own book is Spiderman. He’d appeared as a 1-off in 1962, but in 1963 the first issue of Spiderman hit the newstands. This has been a really fun project, reading these stories and thinking about what the world was like then.

And that was July 2022. Kind of a ‘meh’ month all-in-all. Besides the heat, Lola was quite ill, work has been sucking the life out of me and there’s just not much fun stuff happening, aside from lots of great TV. But again, July is the worst month in a lot of ways. August should be better, and September better still. Right?