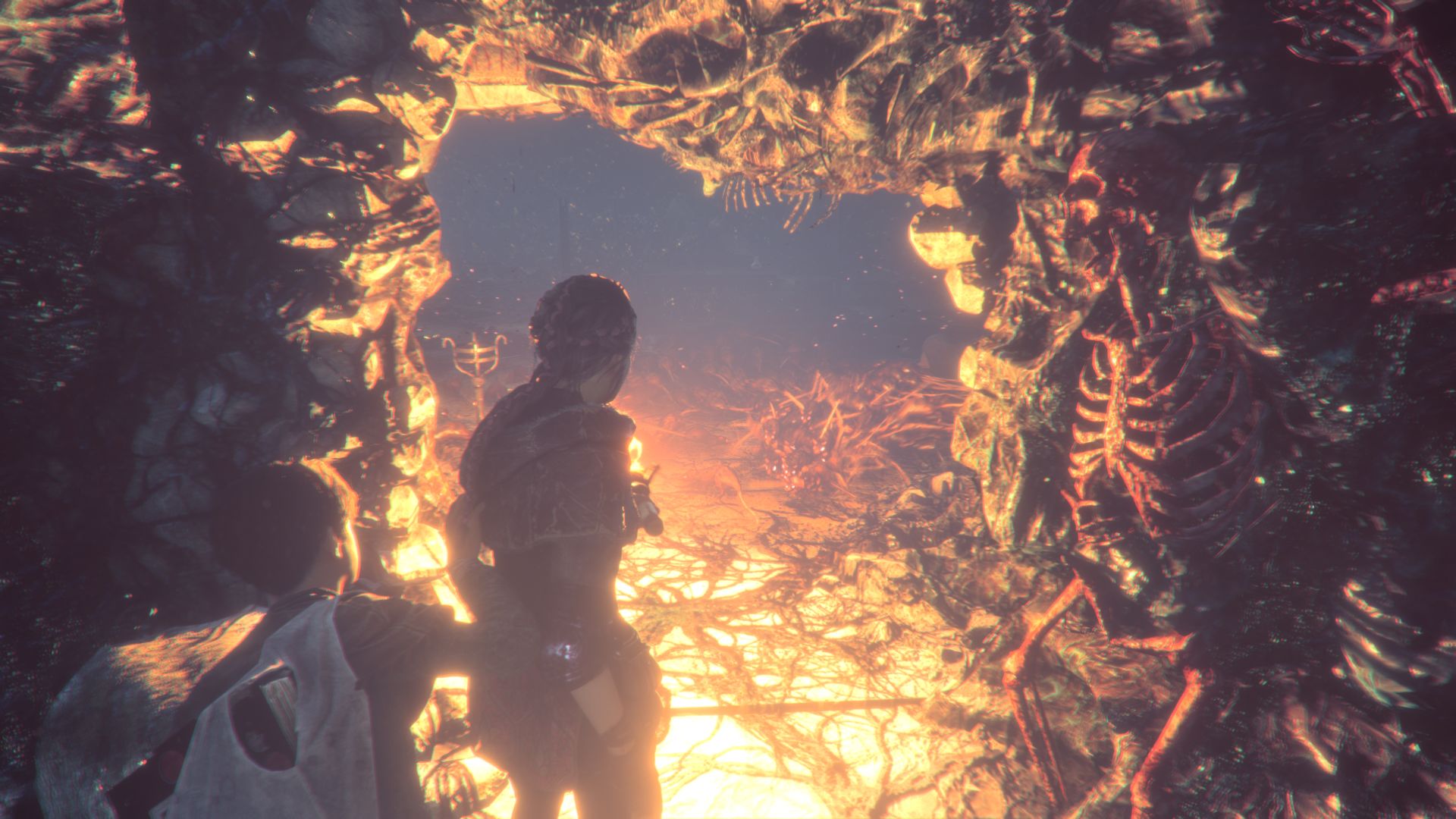 We are slowly, slowly creeping up on October and the start of cooler weather. I desperately miss living in a place where September means crisp Autumn days, but here in the middle of North Carolina the best you can ask of September is to please cool it (ha!) with the 90F+ temperatures. Sadly, September doesn’t always listen. This weekend the heat index was over 100F and today is supposed to be even hotter. Lola and I had a tough weekend with the heat just unbearable and her so torn between “I really want to go outside and explore” and “I am a dark colored dog melting in the blazing sunshine, help me cool off.”

With the obligatory griping finished, let’s get started.

Movie Night — This week we watched Witcher: Nightmare of the Wolf, an animated Witcher movie on Netflix. This was a prequel of sorts that focused on Vesemir’s story before Geralt came into the picture. (Vesemir is Geralt’s older friend and mentor, in case you’re not up on all the lore.) I love the Witcher IP even if I’m not as thrilled with the games as most seem to be, and I really enjoyed Nightmare of the Wolf. I have questions but I won’t ask them here because spoilers (the movie just came out last week). I was worried @partpurple wouldn’t like it as much, but she enjoyed it quite a bit as well.

Family TV — We usually watch something during our lunch break and lately we’ve been doing a re-watch of Star Trek: The Next Generation. I don’t think either of us has ever gone back and watched the series in the order it aired. It’s been fun with lots of “Oh I’d forgotten about this!” moments. We just crossed into Season 2 which seems a lot better than Season 1, at least based on the first couple of episodes. Evening viewing has been Star Wars: The Clone Wars. I’d watched a couple of seasons of this solo, but @partpurple hadn’t see it at all. After we’d enjoyed The Bad Batch we decided to go back and catch up and we’ve been glad we did. We’re watching them in chronological order which is a bit of a hassle but makes the storylines much more cohesive than I remember them from my first viewing. Oh, and What If…? and Star Trek: The Lower Decks continue to delight every week.

Reading — I’ve started book 7 of The Saxon Stories, The Pagan Lord. Uhtred’s temper has gotten him into hot water with the King and the Christian church, so he is once again on the move. Uhtred is in his 50s in this book, and there are 13 books in the series and I’m really curious to see what kinds of exploits he gets into as he grows even older. I read somewhere that The Last Kingdom Netflix series (based on these books) is ending in part because they couldn’t figure out a good way to show Uhtred as an old man when the actor who plays him is, of course, still quite young.

Gaming — I mentioned yesterday that I’d started A Plague Tale: Innocence and I got HOOKED so that’s where I spent most of my gaming time this weekend; I finished it last night. It’s supposed to be a fairly short game but it still took me almost a week to play through it. I might do a post on it. It was one of those games with a strong narrative that gets kind of ruined by a difficulty spike at the end. I don’t know why game devs do this in story-based games. They get you hooked, you’re having fun playing and enjoying the story and then “Oh, you want to know how it all ends? Well we’ve got some trick final boss fights you have to figure out first.” I very nearly walked away from it, and I’m talking about the last 5% of the game. I went from “This is a 5 star game!” to “Would hesitate to recommend” based on the gameplay changes at the very end.

That irritation may fade with time. I loved the setting, loved the characters and the voice acting and thought the story was pretty good. There were some changes I’d make besides the ending. In particular on console at least, the game uses a ‘weapon wheel’ UI, and many of my deaths came when I was fumbling with the wheel and an enemy closed a gap and killed me. Your character basically only takes 1 hit to kill. In a game like this where combat isn’t really the main point, I think having things slow down while you use the weapon wheel would serve the audience better.

Also after the Great Controller Debate of ’21 I wanted to play a FPS on the Xbox to see if I could understand the complaints about that controller. Since I’ve been wanting to finish Far Cry New Dawn anyway, I went with that. Weirdly I’m still able to pull off long-range head shots using a cobbled together pistol even with the Xbox controller. Huh. 🙂 I can’t say I’d blanket recommend Far Cry New Dawn; the tone is borderline offensive (depending on what character you are hanging with) and the pacing is strange. It can be hard to get from Point A to Point B just because so many random/semi-random events are constantly spawning. Those encounters are FUN mind you, but after a while they get in the way of you progressing through the story. I once again hope that Far Cry 6 is a bit more serious in tone.

Influenced by Tipa and Bhagpuss, I installed DC Universe Online and woke up a long dormant character. I keep trying to play this game on the consoles and it just looks so incredibly bad I can’t stick with it. On PC though, while it certainly looks dated, it is much better. I didn’t play for too long but did have fun and I’ve left it installed to revisit as time permits.

As for the two MMOs I’m currently subscribed to (FFXIV and ESO on Playstation) I of course didn’t log into either all weekend. Typical me.

Next weekend is a holiday for many of us in the US. I get 3.5 days off. Office closes at 1 PM on Friday, then Monday off. I’m REALLY looking forward to the extra time off, but for now it’s time to slog through one more stupidly hot work week. We can do this!