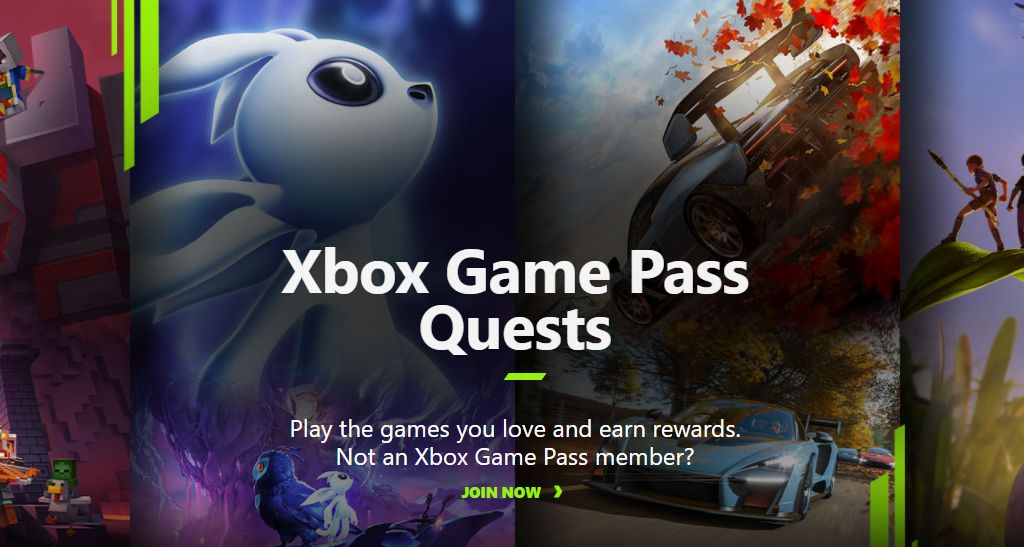 Today I want to talk about the meta-game I’ve been playing the longest: Microsoft Rewards Points (MRP). MRP are Microsoft’s way to try to incentivize you to use their products like Bing and Game Pass. You can learn about the program here.

I have three primary ways to earn MRP. The first is by visiting https://rewards.microsoft.com/ every morning while I have coffee. There I do the “Daily Set” which is some mix of clicking links and taking quizzes. A lot of these are ‘no-fail’ situations where you get points just by trying, but if you want to be sure you get max points you can check the MicrosoftRewards reddit. I find doing these Daily Sets kind of amusing just from the point of view of learning trivia-level facts and stuff.

The second way I earn MRP is via the Microsoft Rewards app on the Xbox. This is somewhat similar to the above system, and often asks you to “Check out this featured game” or something equally trivial. (Selecting these tasks takes you to the store, but you don’t have to buy the featured game in order to earn points. Just visiting the store page is enough.) Other times you’ll be tasked to do something like earn an Achievement in a specific game or selection of games. In fact there is a daily task for earning an Achievement that grants you 50 points. Overall this is another fairly mindless way to earn points.

The third and most interesting way I earn MRP is via Game Pass Quests. This is where things get fun. There are daily, weekly and monthly quests. The daily quests are boring and always that same: 1) log into the Game Pass app, and 2) play a Game Pass game. The weekly and monthly quests are more interesting. They task you with doing specific things in specific Game Pass games (at least some of them do). So “Drive 1 KM in Game X” or “Kill 10 enemies in Game Y” or “Play an online match in Game Z.” These are usually fairly quick to complete (though there are exceptions). What I enjoy about them is they prompt me to play games I usually wouldn’t play, and sometimes I find games I really enjoy. For instance this week one of the quests involved A Plague Tale: Innocence. I accomplished the quest objectives pretty quickly but by then I was hooked on the game. Now I’m going to finish it!

The point of all of this is to amass MRP so you can exchange them for various goodies. My preferred goodie is store credit. A $100 Xbox gift card can be redeemed for 91,000 MRP, which sounds like a huge number given some of the tasks reward 5 or 10 points, but they add up more quickly than you might expect (accumulation is helped by various “double points” events and other promotions). I’ve earned over 400,000 MRP since starting with the program. I don’t really track things but at least once a year I cash in for a $100 gift card.

It wouldn’t be worth it if earning the points was bothersome, but for me it has become a game in and of itself. I look forward to Tuesdays, which is when the weekly quests come out. What has made this even better/easier is Xcloud since a lot of the games can be played via streaming, meaning you don’t have to install them to complete the quest. The daily sets on the web are either inoffensive and quick, or they’re quizzes which are kind of fun for me to do because I enjoy trivia.

Anyone with a Microsoft account can sign up and start earning points, but it is when you’re a Game Pass member that the system gets really interesting. If you have Game Pass you might want to check it out!