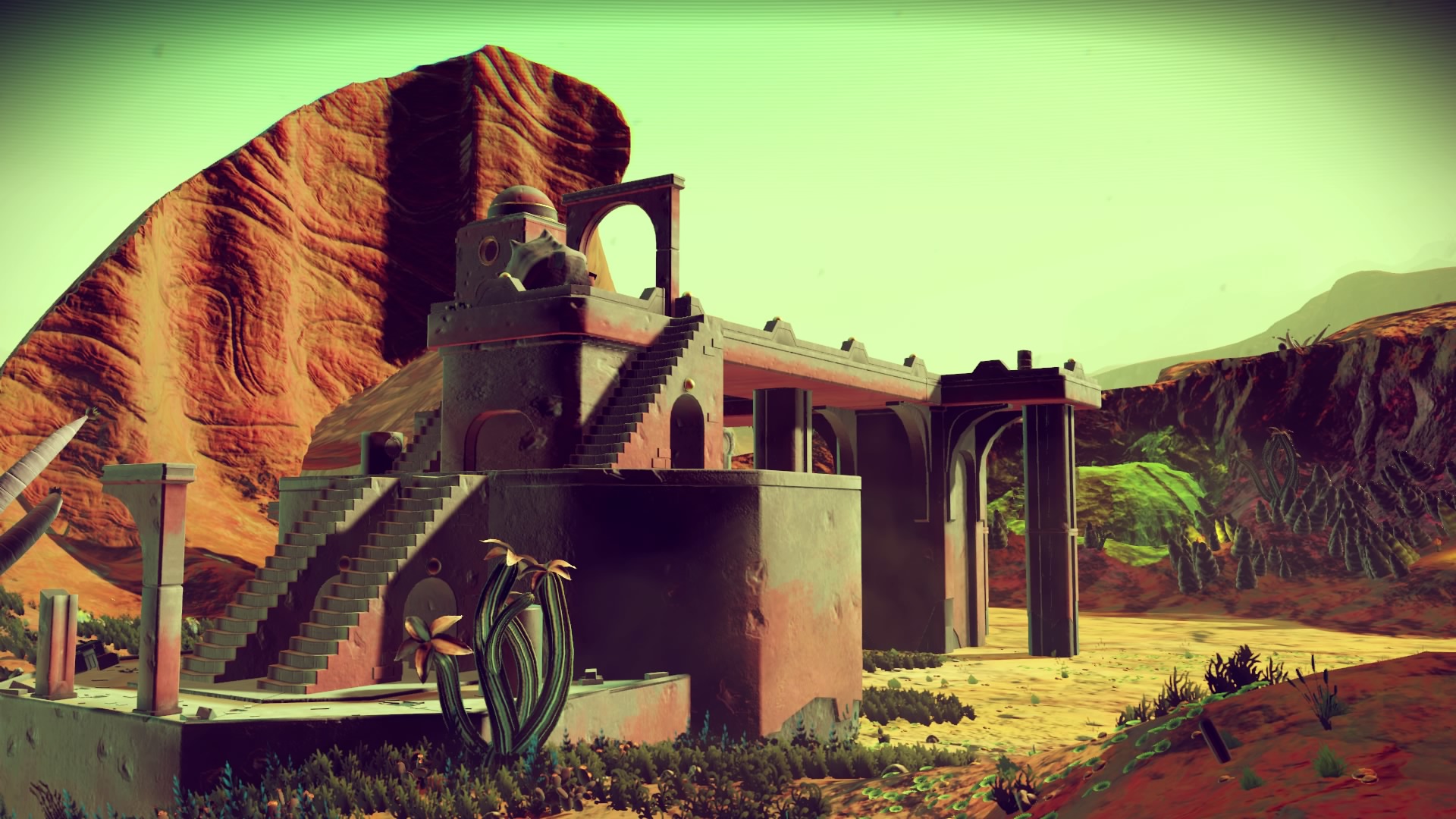 It has been a crappy week here at Dragonchasers HQ. One of those weeks where every piece of tech you touch decides to go belly up. My main PC is down, my laptop is acting weird and my Linux box suddenly started crashing. Ergo no blog posts for the last few days.

By yesterday evening I decided it was time to step away from it all and enjoy No Man’s Sky since I skipped No Man’s Thursday last week. Of course the first order of business was remembering what I was in the middle of. Now that I have a base and some employees that’s easier than it used to be. I just ask them what it was they wanted.

You could certainly call these tasks fetch quests but in a game as open as NMS I actually appreciate having some specific things I need to do. Each of my employees needs a different exotic element, and none of them was available in my home system. So off I went in search of.

I wound up in a system that had been discovered by someone else back in August but ~gasp~ that person had discovered the system but not the planets inside it. Must’ve been one of those people determined to ‘finish’ NMS as soon as possible. His or her loss, I’ll be happy to collect the credits from discovering these planets and better yet one of them was a snow biome (I named it Christmas Village) that had the Coryzagen my armorer needed to cure a disease he’d contracted.

Of course before I went to collect that I had to save a Freighter that was under attack, then docked and drank rum with the captain and got some flush rewards (well ok, pretty minor rewards). I don’t know why these pirates keep picking fights with me. I guess they can’t see the 100 hash marks on the side of my ship until it is too late.

Christmas Village was a lovely little planet and gathering up the Coryzagen was a pleasant enough task. Next I needed Candensium and that, I’d been told, I could find on radiated planets. Luckily enough there was one of those in this same system and I’d already crafted the Haz-Mat Gloves I’d need to collect it. Still this was a tough challenge as my exo-suit was not set up well to fend off radiation. I had to recharge pretty frequently, and then a radiation storm hit and things just got ridiculous. I nearly died. I can’t recall the last time I died in No Man’s Sky, but it’s been a while. In the end I got back to my ship and hung out until the storm blew itself out. Then I quickly gathered the materials I needed and hit the skies again.

There were a few more planets to visit in this system; I couldn’t just leave any undiscovered. A few more space battles, a few gathering excursions and it was getting late. I zipped off to the system’s space station and teleported back home. I LOVE teleporting home since the galactic map is so damned confusing. Knowing I can just jump back to base from any space station means I can just roam around star systems without worrying about getting lost.

The end result of my trouble was a new ship weapon blueprint, and I learned to make non-ferrous plates which I need for circuit boards. Circuit boards I need in order to make automated mining systems. Of course getting the blueprints is one thing; now I have to gather materials again. That’ll be next week’s goal.