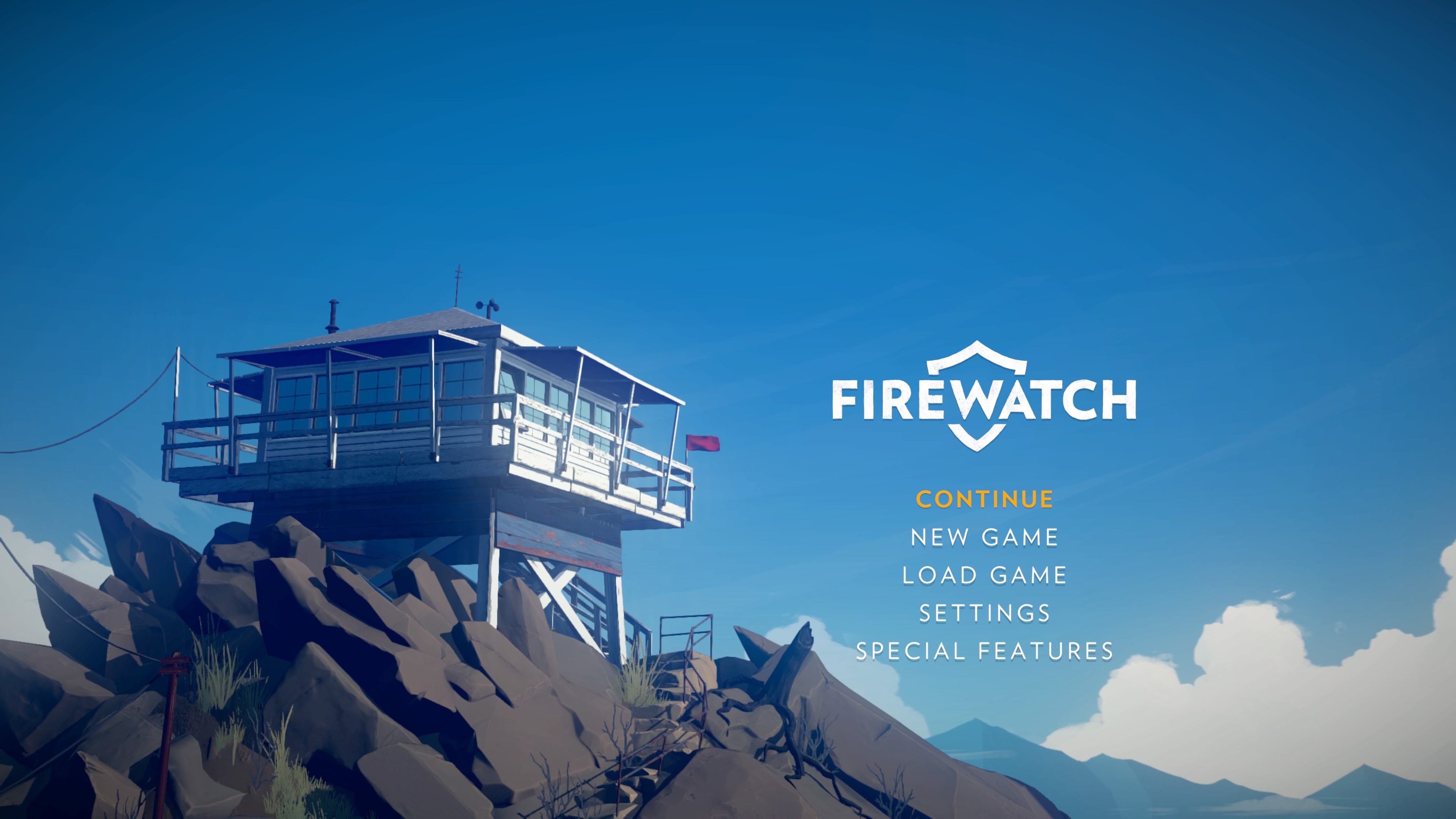 Yesterday I mentioned needing a gaming palette cleanser to put between two somewhat similar open world games. I found it in Firewatch.

I’m probably the last person to play this game, which is available on Steam & GoG for Mac, Windows and Linux, as well as on PS4 and Xbox One. I’d heard lots of great things about it which made me skeptical because I’m just inherently contrary like that.

Turns out I was wrong. It was pretty good. I’m not sure it’s a game… I guess it’s what some folks call a walking simulator. It’s more like a story that you have to turn a crank to hear. And by turn a crank, I mean walk around in this world. Since the whole game is the story I don’t want to say too much about it, other than I really was interested to see how things turned out.

It was a perfect palette cleanser because yesterday was cold and rainy and I wrapped myself up in a blanket on the couch and played through the entire thing, with just a break for Lola walking and to have dinner. I didn’t time myself but howlongtobeat.com says it’s a 4 hour game and that feels about right to me.

Now the bad news. I played it on the PS4 Pro (where it runs at 4K) and performance wasn’t great. There was a lot of draw in, frequent stutters and some items you interact with could be needlessly fiddly. Y’know the drill, you’re moving around to get the little “Activate” prompt to pop up. None of these were crucial problems because there’s nothing that requires reflexes or anything, but it just took away from the aesthetics of the experience a little bit. I wish they’d given us an option to run at 1080P with a smoother performance.

Still, really glad I played it. Wasn’t completely happy with the ending but hey, some stories don’t turn out the way you expect them to or want them to. I think the biggest praise I can give the game is I wish I could learn more about what happened with these characters after the story ends.

One note about price, I paid $10 for this on sale, I think it’s normally $15, so about the same as buying a new movie digitally. I would welcome more short, narrative driven experiences for around this price. If Firewatch had been 20 hours I would’ve gotten so bored with it; the 4-5 hours it took me to play through it felt perfect. Now I’ll put it on the shelf and maybe take it out and replay it in a few years in the same way you pull out an old movie for a re-watch. Seems like an awesome niche to me.