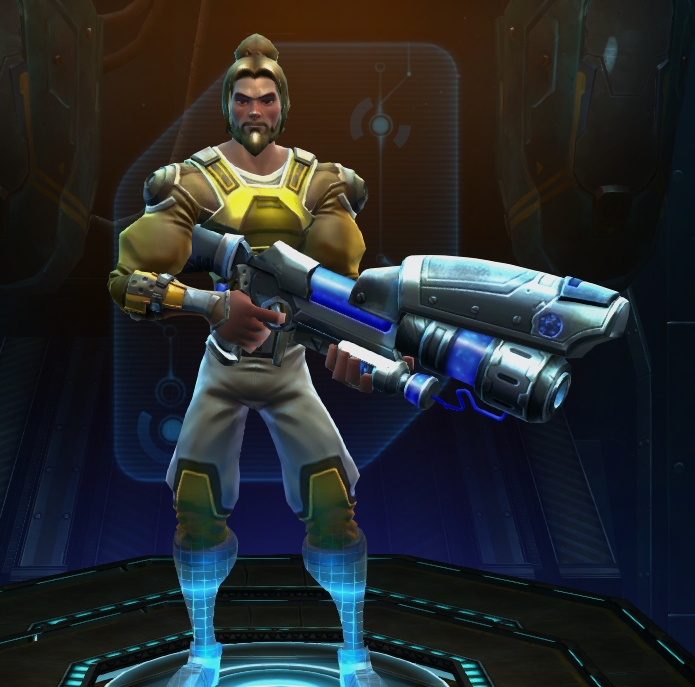 Wildstar’s Early Access kicked off this weekend and a lot of my friends are apparently having the time of their lives. Me, I’m stuck in the level 10 blues.

I was in the beta of Wildstar for a few months and honestly the game never hooked me. The only reason I’m playing is because I got a good deal from Green Man Gaming and so many of my friends were excited I figured what the heck. In Beta I never got very far on any single character; I think I topped out at level 12. With character after character I’d get bored and drift away.

But when I played The Elder Scrolls Online in beta it never hooked me either, and I love that game now that I’m playing ‘for real’ and was hoping the same would be true for Wildstar. So far that isn’t the case.

The thing that changed ESO for me was the lore. During beta I ignored it and at launch I embraced it. With every random scroll and book I read a little bit more about the world and history of Tamriel was uncovered. I loved it! LOVED IT. I tried the same thing with Wildstar which also has lots of book and files to read but… most of them are just kind of random and an attempt to get a chuckle out of you. I’m not finding the lore here to be very interesting at all.

That actually extends to the quests which seem really shallow most of the time. I know at least one person who loves Wildstar and who uses an add-on that automatically skips quest text and just accepts the quest. That’s one person but I think it illustrates something. Wildstar is 100% game, 0% virtual world. Which is fine if that’s what you’re looking for.

It’s also intended to be pretty funny. Most of the jokes fall flat with me, but that’s a personal thing. I know people that find it hilarious. I admittedly have a very narrow sense of humor though, and I am not generally drawn to humor.

So that leaves basic gameplay, and y’know combat is pretty fun and it’s the one thing keeping me playing. It’s very kinetic and (assuming you’re not just mopping up trash) requires you to keep moving. You also tend to take on groups of mobs which I always enjoy. I am getting really sick of hearing “DOUBLE KILL!” “TRIPLE KILL!” “SUPER KILL!!!!” constantly though. That got old back when Unreal Tournament did it in the last century. Actually I should check the settings to see if I can turn that off.

Character building is pretty deep and I think there my problem is a lack of understanding. My level 10 character has 6 slots on his hot bar. He potentially has I think 8 or 9 skills, but I haven’t purchased them all. I figured why spend money if I can’t slot it anyway. Then he earns Amp points which go into a skill wheel and do things like +1% critical chance or +2 assault power. Amp points feel super tweaky to me and I find it hard to care about them at this point. Finally there are ability points that let you power up your skills. Skills come in 3 trees (for my class, engineer) and I’m not entirely sure why. But I know there’s a Support tree and some things power up Support skills, but not Assault skills, so that’s part of the reason. But under Support I have robots and I’m not sure if their actions are considered support or not.

Bottom line, if I want to play this game at all seriously I need to research character development.

And then there is questing. Wildstar is old school when it comes to questing. You find a hub, take about 78 quests (slight exaggeration) that are all a derivative of ‘activate a glowy object’ or ‘kill a thing,’ then you head out into the world. None of the quests make enough of an impression for me to remember them so I just randomly run around and activate anything I see that is activate-able, and kill anything with an icon over it’s head. After a while of doing this maybe a quest gets completed and I turn it in.

Eventually the number of quests remaining gets manageable and you can start to focus what you’re doing. And finally you’ll complete a quest that sends you to the next hub where you repeat the process. Personally I get really bored of each area well before I’m sent along to the next.

More interesting are Paths, or at least my Path which is Settler. As a Settler you pick up random materials in the world and can then build vending machines that offer free buffs to anyone. Doing this both increases your Settler experience and helps other players and it’s so far the most fun aspect of Wildstar for me, though there are aspects of it that I’m finding confusing and that I’m still working out.

There are also Challenges that pop up when you’re out in the world. I hated these in beta since they were super-disruptive to me, but now I’ve learned I can restart them from my quest log. So when I first get a challenge I ignore it until I’m ready to do it, then I start again. What’s nice about Challenges is that they can be pretty Challenging. I’ve had to try some of them 3 or 4 times before beating them. (Questing so far has not been challenging aside from the issue of competing for resources with other players…I’ve died once when I tried to solo Wildstar’s version of a heroic mob.)

So there you have it. Back to level 10, pretty damned bored, and thinking I should go play Elder Scrolls Online or Watch Dogs or just read a book. I THINK there’s a lot more to Wildstar once I get past these low levels. I know both mounts and housing open up not too far past where I am. I did just unlock crafting but I’m not sure I care about that, this time out.

To be clear, a LOT of my friends are ga-ga over-the-moon-in-love with Wildstar, so my issues with it are clearly just that: MY issues with it. I’m going to try to drive through this dead zone that I’m in and get to where the good stuff happens. If I find MMO gold, I’ll send word.

2 thoughts on “Here I am again, Wildstar Level 10”