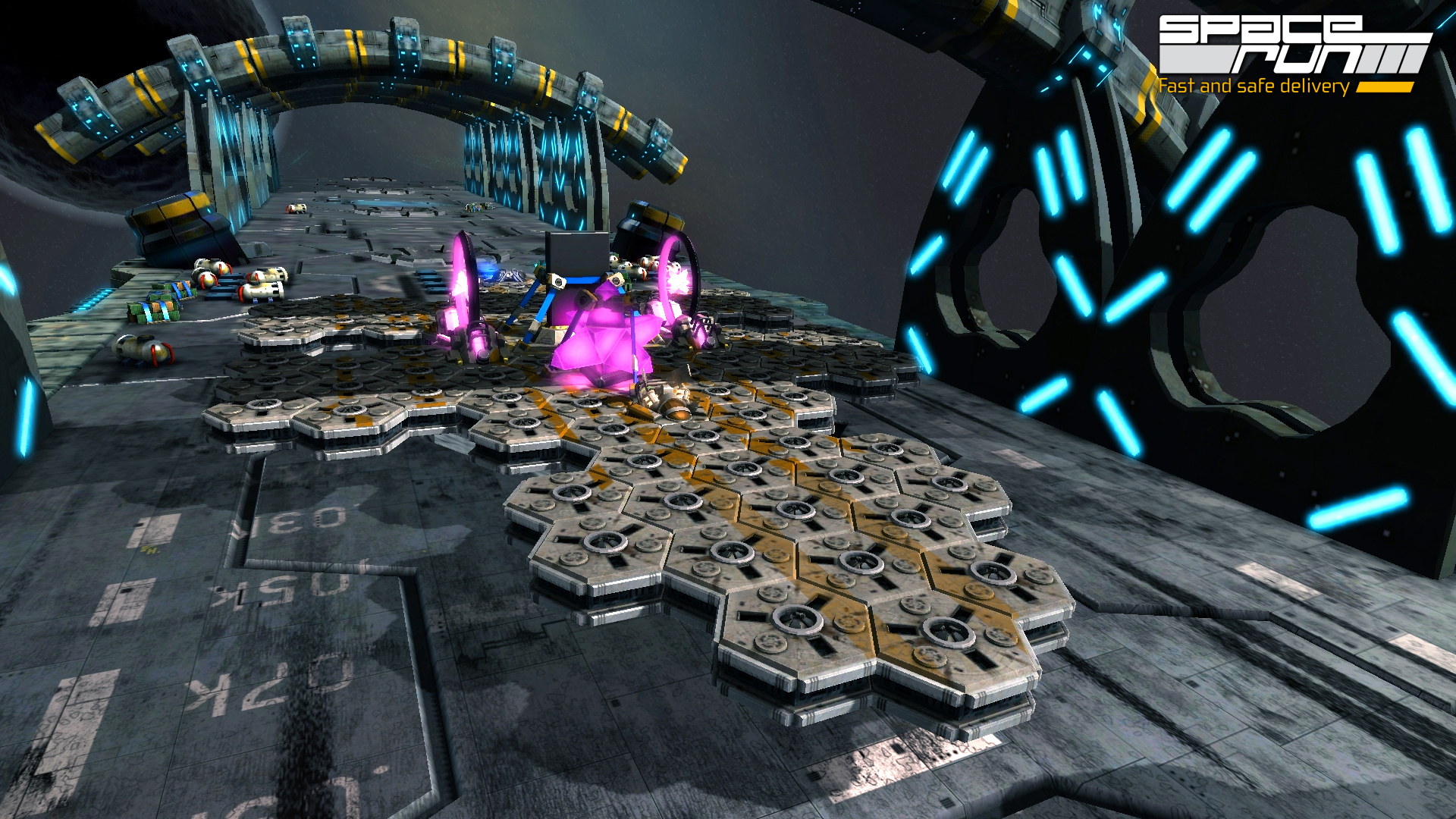 Space Run is an upcoming PC title that has you build a spaceship while you’re carrying out a mission. Weird right? It looks like you get a blank ‘deck’ built out of hexes and you can add whatever modules seem appropriate to each hex. I feel like we’ve seen games in this same vein before, but not with production values like Space Run has and not with the ‘modify your ship in real time to defeat obstacles’ angle.

Here’s the PR “About” blurb:

About Space Run
Space Run is a nod to ’80s science fiction and pays homage to many of its tropes and references. It is a true indie title developed by a “one-man studio”, namely Sylvain Passot who, after spending 10 years in a large French development studio, decided to develop his own concept, “‘Space Run”. Although nowhere near the scale of the productions he had previously worked on, Sylvain was supported with enough resources to complete and add the finishing touches to his game, and Space Run still has plenty of surprises in store with its well-oiled game mechanics, addictive gameplay and intense, exciting missions.

The year is 2525. You are captain Buck Mann, the most fearless, the most daredevil and the most broke of all the pilots in the galaxy! Your new job: you are a Space Runner, one of the space haulage contractors whose job is to transport valuable cargo from one end of the galaxy to the other… and one thing’s for sure: it’s going to be a bumpy ride. Not only do the cosmic highways regularly pass through asteroid belts of all sizes, but they are also used by dangerous and unscrupulous pirates armed to the teeth, whose fighters and battle cruisers will make short work of your transport vessel if you’re totally unprepared. And finally, you will also encounter other galactic “drivers” with whom you are fiercely competitive, so take this opportunity to give them a friendly blast from your turbo lasers when you overtake them!

Fulfil your contracts with gusto and your reputation will soar, opening the doors to new clients and more demanding and hazardous assignments… but which will also be more lucrative! The rewards earned from these missions will enable you to unlock new modules for your ship or upgrade those you already own: luxuries you can’t afford to be without if you want to survive the mortal perils lurking in space. Laser turrets, missile launchers, shield generators, thrusters, power plants and other modules will allow you to adapt to new combat situations in mid-flight that arise on your travels. Build, recycle, repair and reposition the modules and improvise as best you can to deal with the multiple threats you will face.

Retry the first missions with new and more technically advanced modules you’ve just unlocked to complete them more quickly and improve your score. Then enter a brutal race with your friends to finish each mission in the shortest time possible… preferably with your ship still intact!

And check out this trailer.

Release date is just listed as Q2 so it should be out fairly soon but we don’t know exactly when. It’s being pitched as an Indie title so most likely it’ll be priced somewhere in the $10-$20 range (just a guess on my part).

2 thoughts on “Take a peek at Space Run”