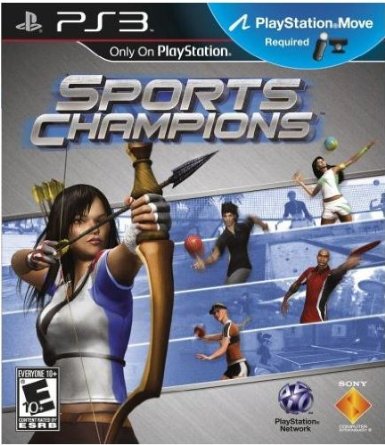 A lot of gamers, myself included, have a dim view of motion controls in gaming, and with good reason. The Nintendo Wii shipped with Wii Sports and those games were pretty fun for a while, but the motions needed were very artificial. Sure people did Wii Bowling by stepping up as if they were at a bowling alley, but you could also just pivot the WiiMote with your wrist and accomplish the same thing.

Still Wii Sports was fun, but what followed were all kinds of crappy shovel-ware games that relied on just ‘waggling’ the remote in a way sure to give you carpal tunnel. Most of us moved past the Wii motion controls pretty quickly.

Microsoft’s answer to the Wii is the Kinect. The problem with it, for many of us, is that it requires way too much empty space in front of the TV. (The new Kinect shipping with Xbox One is supposed to address that problem.) If there are great Kinect games I don’t know anything about them because I never had room to get the Kinect working properly. I’d appreciate comments sharing the best Kinect games, though.

Sony has the Move for the PS3, a lighted ball on a stick that, upon being announced, was immediately ridiculed for looking like some kind of weird sex toy (to some people) or at the very least just looking like a toy. The Move works a lot like the Nintendo Wii only with more fidelity. It uses a camera instead of a sensor bar, though.

This year’s E3 has reinvigorated my love of consoles and it has me revisiting some old titles that I played lightly if at all. In the midst of this I decided to give my Move controllers another spin. I mean, I’ve used them in games like The Unfinished Swan recently…games like this use the Move almost like a mouse pointer (and it works pretty well like that). But I wanted to revisit “motion controlled” games.

I’ve been messing around with Sports Champions and the demo for Sports Champions 2 and I have to say, I’d forgotten how well the Move actually works for sports-y games. I’ve played the tennis game on the SC2 demo and a lot of Frisbee Golf in SC1. Both ‘feel’ natural to me. Frisbee Golf in particular…there’s a HUD on screen to help judge how far you’re going to throw, but I don’t need it or pay attention to it. I’ve flung enough Frisbees to know how to throw one soft or hard and the Move translates my ‘natural Frisbee skills’ to the game very nicely.

But the game that really knocks me off my feet is Gladiator Duel. In this one you’re armed with melee weapon and shield, and ideally you play it with 2 Move controllers. One is your shield and the other your melee weapon. This is pretty much the coolest fighting game experience I’ve ever had. You hold up your shield arm and swing it to block attacks while your weapon arm is drawn back, looking for an opening. When you see one, you take your shot. You can do a quick swing for a low power hit to keep the opponent off guard, or you can really haul back and swing as hard as you can…assuming he doesn’t block that can knock him sprawling. And that’s the central game play.

There are some ‘tricks’ to learn. Holding the T button and shoving your shield fowards results in a shield bash, for instance, and when your opponent is on his back, shoving both Moves into the air triggers a scripted jump attack that can do serious damage before he gets up. Worst is the Super Attack mechanic where you fill a gauge by blocking and when you do, hit X and land a blow to do a Super Attack where you have to follow indicators on-screen to do big bonus damage. It’s the Move equivalent of a QTE and it feels cheap.

And the game isn’t perfect… every so often it’ll think your weapon isn’t where you think it is and things get confused. But when it’s working… when you’re standing in your living room in a gentle crouch, left arm holding up your shield while you probe for weaknesees in your opponent’s defense…it can feel pretty damned magical. And it feels even better when you finally land a crushing blow on your opponent’s shield and you shatter it, leaving him or her defenseless.

So I think there’s actually hope for motion controls in a certain context. Or there would be if enough gamers were interested to support this style of game. I’m not sure Sony sold very many Move controllers. We’ll see how Kinect 2 works but somehow I feel better holding something (plus you have button to help supplement the motion controls.. in Gladiator Duel holding a certain button and flicking the control causes you do dodge to one side, for instance).

I’d be playing a lot more Sports Champions except for 2 issues. First is I’m so out of shape that I end up sweating and tired after half an hour or so (of Gladiators and Tennis anyway… Frisbee Golf is pretty mellow). Second, for some reason the dog is TERRIFIED of the Move. Whenever she sees me flailing around with those controllers she runs and hides and when I go find her she is shaking like a leaf! So I have to pick my play times carefully..when she’s on a walk with Angela or is off sleeping in her bed or something. LOL