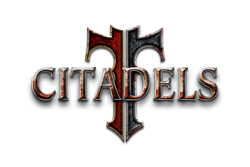 Here’s an upcoming game that caught my eye: Citadels. Reminds me of the good old days and games like The Settlers. This video (which has a really ill-fitting translated voice-over!) just shows one aspect of the game. Beyond that all I know is what the PR email said:

Citadels relates a spellbinding story from a time of kings, noble knights, and impenetrable castles, offering medieval battles with extraordinary characters and numerous tactical possibilities. In order to survive enemy onslaughts, players must construct mighty castles and fortify them with moats, walls of spears, and defensive units. But, building a powerful army requires the extraction and production of resources, making the delicate balance between economy and battle a critical decision in every engagement.