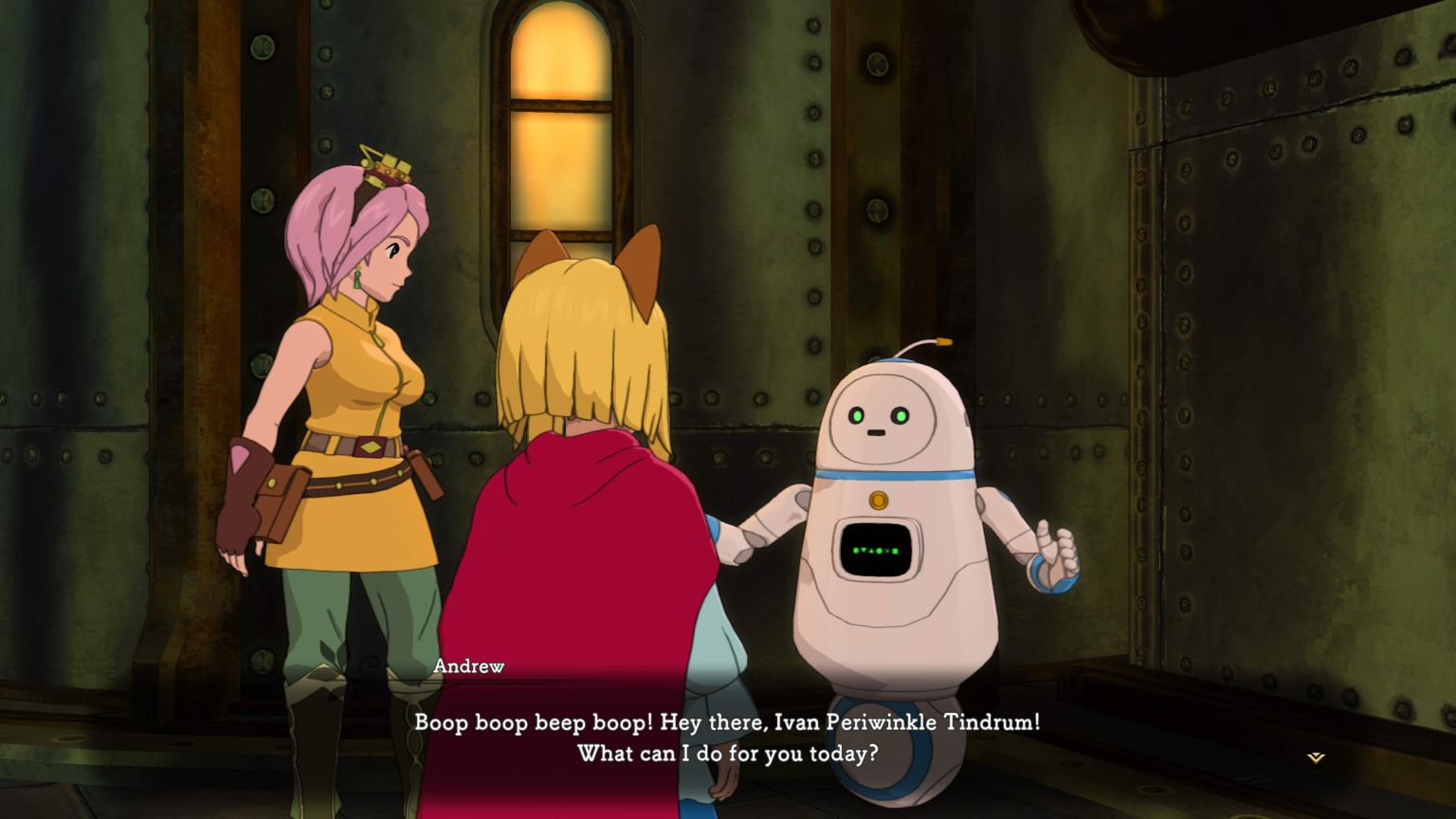 Last weekend was a 3-day weekend for many of us here in the US: Labor Day weekend. I had been almost desperately looking forward to it for over a month. I REALLY hate my job so an extra day off is always very much anticipated and my head was full of half-made plans about what I would do with that glorious extra day of me-time.

Instead of any of those plans, I spent the whole weekend playing Ni No Kuni 2: Revenant Kingdom. That would’ve been fine if I’d been playing because I was really enjoying myself, but no. I was playing because it was one of those instances when a game just gets stuck in my craw and I can’t let it go until I finish it. For some reason I just felt like I needed to complete this game, and I never really understand my brain when it does this. Partly it was because I wanted to see what happened, partly because I’d already put 30 hours into it (over several months) and I wanted some kind of a return on that investment (said return being the satisfaction of finishing). I don’t think either of those reasons are enough to explain my behavior, though.

So yeah, I spent the whole weekend playing a game I wasn’t super-excited about playing and, to throw salt in the wound, I still didn’t finish it. Last night (Wednesday) I finally did. Golly I’m glad that’s over. (See, I’ve been playing it so much I say things like “Golly” and “Gosh” now.)

And before I get much further I need to add that it isn’t that Ni No Kuni 2: Revenant Kingdom is a bad game. Not at all. It’s got an 87/100 rating at Open Critic. Most people really liked it. I just didn’t enjoy the tone (constant breathless enthusiasm) plus I played it “wrong”. If I could send a message back to my younger-by-a-few-months self about this game I would send this: “Do not do that thing where you try to clear all the side quests before advancing the main story, and consider playing on Hard difficulty.”

My usual methodical way of playing a game is to work on the lowest level side quests first, and work my way up until all that I can do are completed, then I work on the main story. Because I did this in Ni No Kuni 2, most of my 40-50 hours of playing were easy-mode since I was over powered for the content I was doing. What finally broke me out of that mode was when (at around 30 hours) a Trophy popped up for completing 50 side quests. That prompted me to check the Unearned Trophy list and I found there were trophies for completing 100 & 150 side quests! No way I was going to spend 90 hours doing side quests, so I just started to focus on the main story.

Once I did this I quickly caught up to where content was a bit harder which made the game more enjoyable but by that time the damage was done and I was already bored and in “let’s just finish this” mode. Plus I’d essentially forgotten how a lot of the game systems worked since I’d just been button-mashing and breezing through content since June. There were a lot of things I’d either forgotten or never learned I could do, like improving weapons and spells and leveling up the sickeningly cute little creatures that fight with you. Higglies or Higgledies or something. Useful but SO annoying.

But hey, it is done now. I’m glad it is done. And yet there’s a tickle in my brain that says “Next time I should play on Hard mode.” Like I said, it’s not a bad game and I think it could be a lot better with the challenge cranked up from the very start.

Here’s a battle with a dragon to celebrate the finish. Mind you I thought this level 50 beasties was the top of the monster food chain but nope. By the time I completed the game my characters were in their high-50s and the final boss was I think level 72 or something. (Don’t quote me on that.) So this guy was just a little fella.

2 thoughts on “How Ni No Kuni 2 Ruined Labor Day”