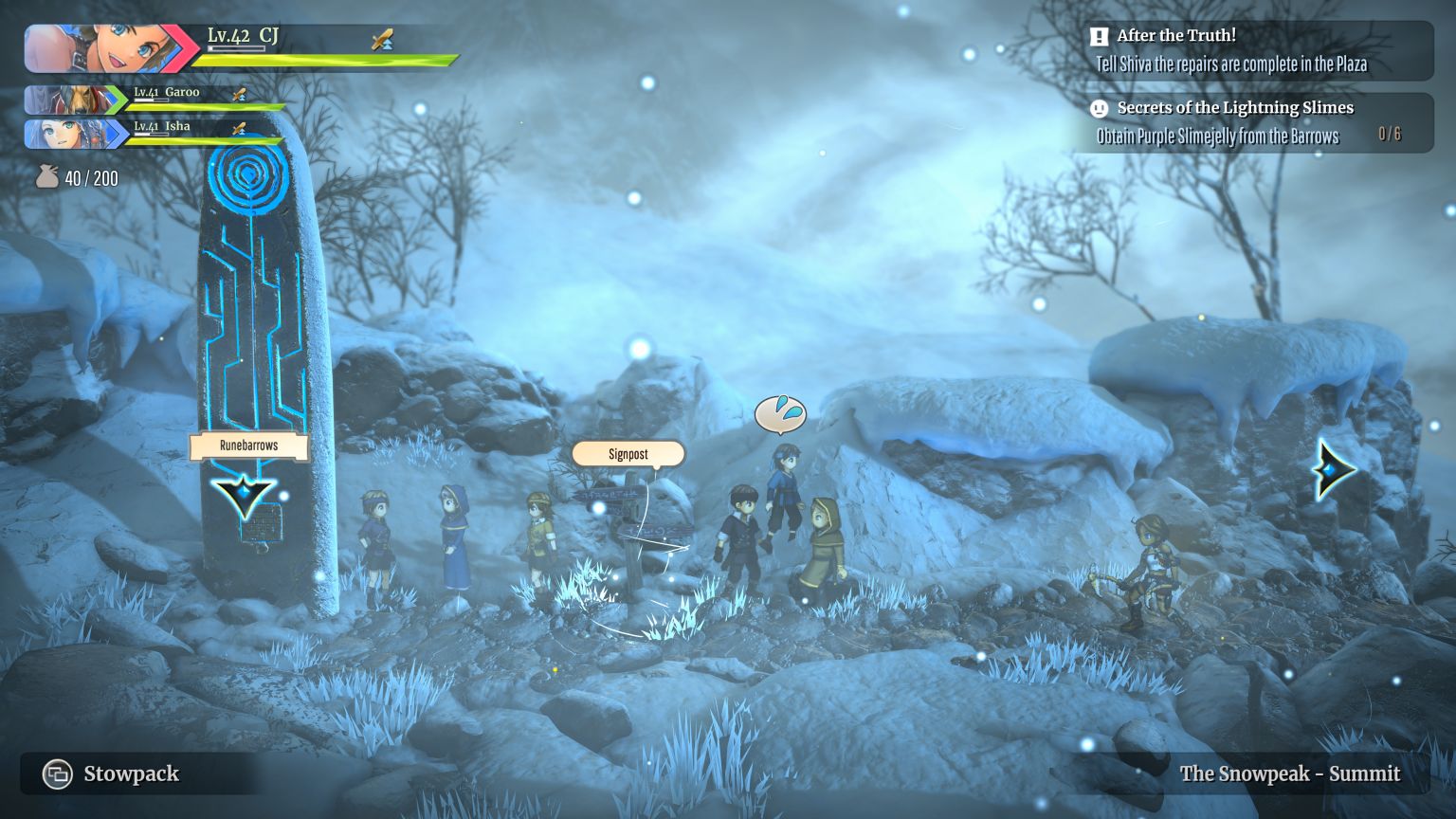 Funny story. Since I’ve been doing my monthly recap posts, I’ve been taking more notes about what I’ve been playing. Basically as soon as I publish one recap I start a post for the next and add notes as the month progresses.

The other day I wrote this:

Eiyuden Chronicle: Rising was another bounce. This was an ideal game to have in rotation when I was playing things like The Division, Final Fantasy XIV and No Man’s Sky because all of those games kind of demand a chunk of time, mostly due to having to connect to some kind of server/service before you start playing. I could pop into Eiyuden Chronicle: Rising when I had 15 minutes free and spend 14.5 of those minutes actually playing (particularly with Xbox Quick Resume). When I transitioned mostly to Horizon Zero Dawn/Forbidden West, good old single player games with a proper PAUSE feature, EC:R kind of lost its appeal. It was fun for a while, it was on Game Pass so didn’t cost me anything, but it really did get rather repetitive over time. I’m also generally not a fan of 2D platform-style games, which this is. They never hold my interest for very long.

Then I fired up the Xbox to delete the game from my drive but for some reason booted it up one last time and…about a dozen /played hours later I’ve completed the game and even done some Achievement Hunting. I’m not even sure why I became re-hooked but I think I found myself kind of liking the characters. The story itself was fine but not exactly a thrill-ride. The quests tended towards being very pedestrian. The game world was pretty limited.

So quickie review. You play CJ, a scavenger who has come to a struggling town to find treasure in the dungeons nearby. Before you can explore you need a license which you can’t afford, but if you fill out a ‘stamp book’ you can get one for free. You collect stamps from villagers for doing chores for them. A lot of the chores (quests) are along the lines of “Go find my kid” or “Ask X about Y” and you do these by constantly running around the town talking to people.

Other quests come from merchants and tend towards “gather materials from the dungeons”. Once you do that, the merchant’s shop will upgrade and they start selling better stuff. Going into dungeons (there’s a forest, a quarry, and then a ‘barrows’ which has 3 biomes, cold, fire and electric) is a mix of smacking rocks and trees for stone and wood, and smacking monsters for xp and monster parts.

Combat is action-based and everything is 2D. You’ve got a jump button, an attack button and a special button. Eventually you’ll add two more members to your party and each is assigned an attack button. So the face buttons on your controller are Jump and character 1, 2, & 3. I never did learn the muscle memory for this: I’d tap Y (on the Xbox controller) to switch to Garoo, my beefy melee dude (he’s a kangaroo-man) then, intending to attack, I’d instinctively hit X which would switch back to CJ, my main character. What I was supposed to do is hit Y to switch to Garoo, then Y again for him to attack. Asha the mage was B, which my brain knows as “CANCEL” so I didn’t use her too much. CJ gets X which is a standard ‘attack’ button on the controller so I leaned heavily on her. Well, she IS the main character after all.

I realize I explained that poorly. Here’s a random couple minutes of gameplay that might help. Might not.

There’s a little more to it but basically gameplay is simple and the game is not particularly difficult until the very last battle, and that difficulty was overcome by over-leveling a bit. I think it was actually the lack of challenge that kept me around. As CJ & Crew re-entered the same dungeons over and over again I started to memorize them and would just fly through them smacking things as soon as they appeared. It became this kind of ‘turn off the brain and just blast through baddies and get tons of loot’ experience that I maybe needed.

The game is on Game Pass or you can buy it for $15 on most (all?) platforms. I’m not sure if I’d recommend it or not. I think if you’re in the mood to play something pretty light-hearted and easy (but also quite repetitive) then maybe check it out. I’ve put about 25 hours into it at this point but I’m well past the closing credits and have just been grinding to knock out Achievements. How Long to Beat has the average play time at 17 hours. It was kind of nice to have a game that didn’t take me 6 weeks to play through.

I’ve still got 10 Achievements to go but one of them is to get to level 50 and I’m level 44 but the XP is coming in pretty slow. Then there are some for beating bosses on Hard mode (unlocked after you complete the story) and I dunno about doing those. I got the achievement for earning all 160 of the stamps (in other words, doing 160 side quests) but now they’ve all come back again, I guess this is a way to help you continue to earn XP, but it’s all kind of discouraging. It was bad enough getting through them all once!

Yeah, I just talked myself out of continuing the Achievement Hunt. I don’t want to totally sour myself on the game. Let’s set it aside while I still have pleasant thoughts about it. 🙂