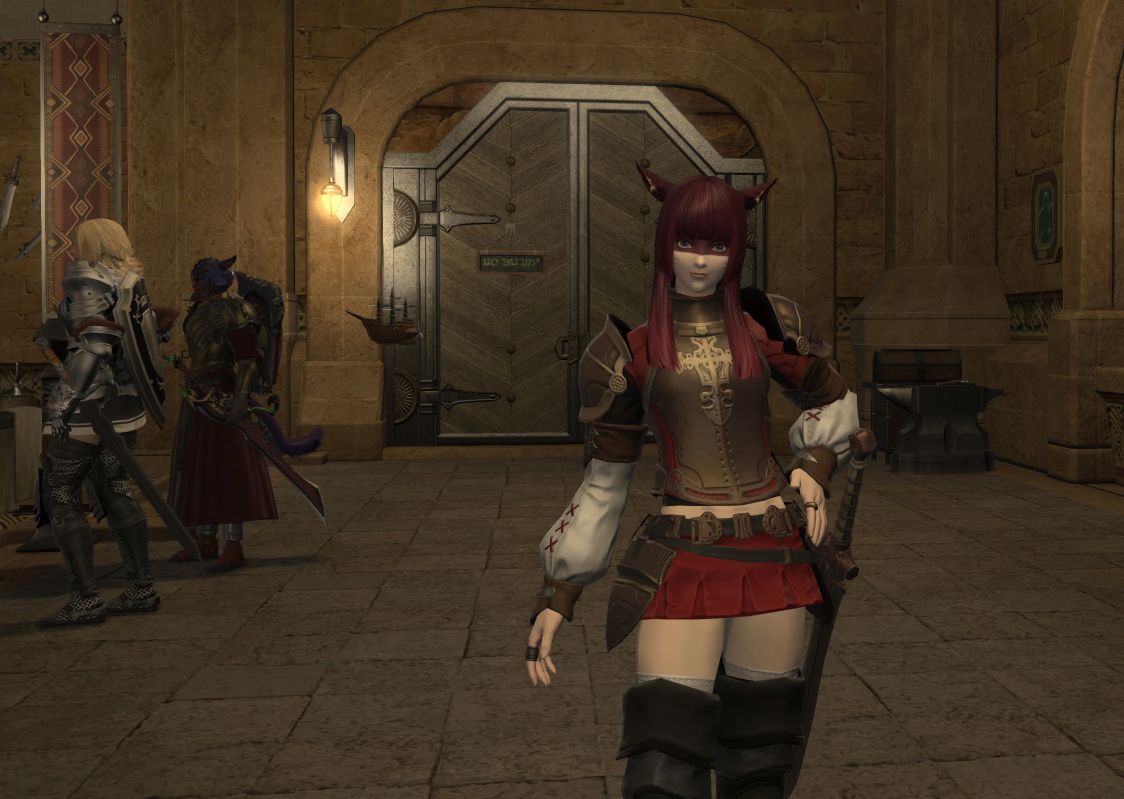 Here’s a perfect example of life as an old person. There I was, finally really enjoying Guild Wars 2, when I jacked up my shoulder. And when I say “jacked up” what I mean is, I went to bed one night feeling fine and woke up with my shoulder feeling like it was on fire. Best I can figure, it’s a rotator cuff issue, but WHY it happened, I have no idea. I was just put on some statins for high cholesterol and I’m wondering if that is it. I’ve stopped taking them for a bit to see if this goes away.

Anyway this isn’t a medical blog, but the point is with my shoulder the way it is, sitting at a keyboard is really, really painful. Work has been hell. I tried to push through and keep playing but eventually decided it wasn’t worth it, so I headed back to my consoles.

But the MMO bug was still latched onto me. There’s ESO on consoles, of course, but I wanted something different (I low-key play ESO pretty much all the time). And then I learned that this week the FFXIV patch drops that brings the Trust System (tho they call it something else) to the original A Realm Reborn stages of the game. What this means is you can do the ‘story dungeons’ solo with a group of NPCs.

I always love FFXIV right up to where I’m forced to group to progress. I don’t like being reliant on other people and I don’t like other people being reliant on me. If I screw up a run I feel awful for days. Basically what happened in my prior FFXIV sessions is I’d play until I really fucked up in a dungeon, then I just never log in again, but even before then having to wait for the dungeon finder to decide it’s time for you to play…between that and the login queues FFXIV hasn’t been a good fit, much as I love the world.

Now though, I can play through the MSQ until the end of ARR at my own pace and not have all that stress. I am so down for that. Of course my “main” is already through all of ARR so I had to start a new character to experience what it’s like to be a new FFXIV player. Bonus points for being able to pick a class based on what sounded fun rather than based on avoiding any kind of high-pressure roles (eg tank or healer). So for the first time in ages I’m playing a Gladiator. I’ll tank for NPCs, but not for people.

My first take-away is that leveling has been sped up a lot. Yesterday I installed the game, created a character, spent too much time going through the settings [it always takes me a while to get used to the controller for FFXIV, but this time out I don’t even have the game installed on PC…PS5 only!], and barely played. I was level 2 or 3 and had done one quest that involved combat. This morning in a few hours I got to level 11 just by doing Main Story Quests, Class Quests, keeping my Hunting Log on track and 2 or 3 low level Fates I stumbled on. No other quests done. None needed so far.

At level 11 I’m still wearing some of the gear I was ‘born’ in, and that quest where you have to have everything level 5 to complete it? That quest is still there but he waved me through regardless of the fact I was wearing some level 1 gear.

So I guess I’ll just be playing for a month, if that. I assume I’ll burn through the ARR content pretty quickly then I’ll have to wait for the next patch when they add that Trust system to the first expansion’s dungeons. Hey, it’ll be like playing on a “Progression Server” in some other old-timey MMO!

Apologies for this being a kind of low-effort blog post, but it is killing me to by typing (again, this shoulder thing) and I just want to get this out and go find some pain-killers!