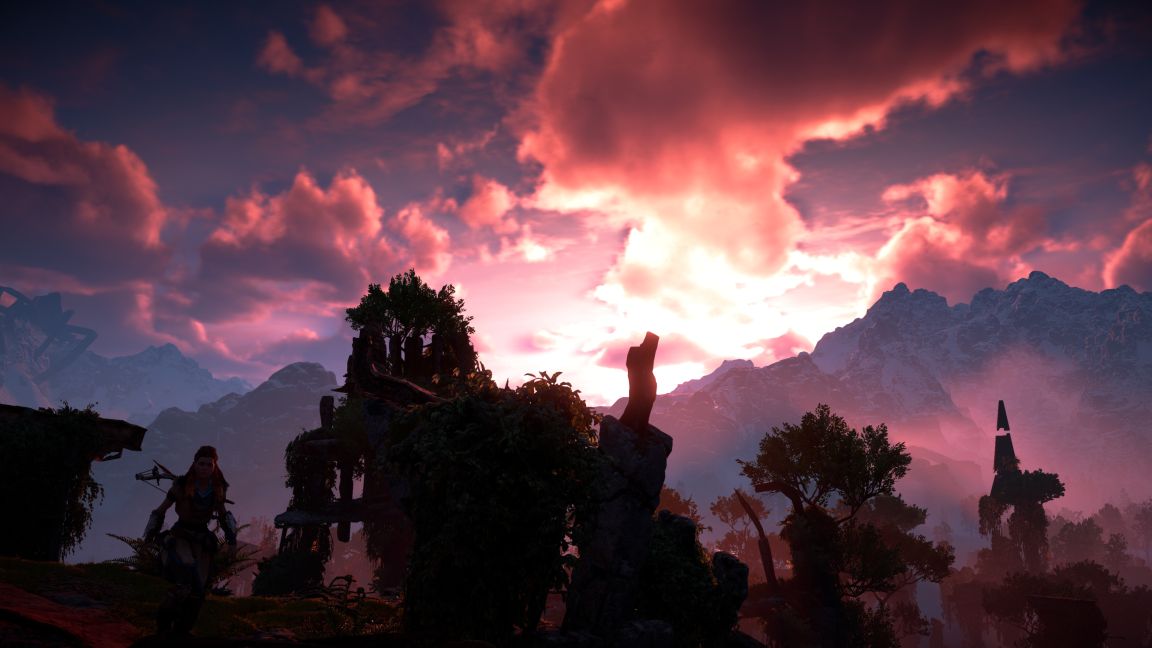 Another month ends and we say goodbye to what is laughingly referred to as winter here in North Carolina. I spotted an 80F day in the 10-day forecast. (Of course it’ll probably snow that day…in my next life I’m going to be a weatherperson so I can be wrong most of the time and get away with it.)

The big take-away this month is an old lesson re-learned. Don’t pre-order games. I pre-ordered three this month and the results were not good:

Horizon Forbidden West — Nothing at all wrong with this game but starting to play it just made me want to go back and re-play Horizon Zero Dawn, which is what I’ve been doing lately. I probably could’ve just done that and picked up HFW later. Still it’s such a great series I don’t have any regrets about this pre-order.

Elden Ring — I pre-ordered the Xbox version of this and it flat-out did not work. There was some glitch in the update progress where I (and many others) had a version installed that would not connect to the networks, and there was no way to ‘force’ a refresh. On top of this, there are many reports about poor performance. The good news here is that Microsoft gave me a refund with no fuss at all. I’ll come back to this at some point in future when the kinks are worked out.

Dying Light 2 — This one I pre-ordered on the PS5 and it was so janky that I set it aside. No refund available. This was just money poured down the drain, though I’m sure eventually it’ll get patched and I’ll give it another go.

Those were the three games I had INTENDED to be playing.

What I actually wound up playing is, as mentioned, Horizon Zero Dawn. I have the Platinum trophy for this, earned 5 years ago, and re-playing it without hunting for trophies has been incredibly fun and relaxing. I am in no rush to finish, but I’m glad Forbidden West is waiting in the wings.

Tiny Tina’s Assault on Dragon Hold was a Playstation+ freebie and I wanted to check it out to see if I’d be interested in Tiny Tina’s Wonderlands, which I believe is out in March. I really did enjoy my time with this one and intend to go back to finish it at some point.

Dying Light 2 was not ready for prime time, though when it worked well it was pretty fun. Looking forward to playing this one when it is done. Still salty about paying $60 to beta test it, though.

Scarlet Nexus was a bounce-off. I really expected to like this game but ultimately I just never got in the groove, and the story wasn’t interesting enough to hold me in that world when I wasn’t enjoying the minute-to-minute gameplay. Don’t expect I’ll ever finish this.

Bloodborne is back in rotation now that Elden Ring is out. I haven’t been playing it much, just trying to keep the muscle memory alive until such time as I’m ready to dive back in ‘for real’.

Babylon’s Fall is coming soon and there was a demo available on the Playstation. I tried it and found it quite lacking. This is a game I might try when it’s in the “Games under $15” section of the store.

Lost Ark is a PC game that a lot of my friends are excited about. I tried it, uninstalled it, read more hype from friends, re-installed it, and I guess technically I’m playing it. I poke at it while I have my morning coffee on weekends. It seems… fine. I really don’t understand the excitement over it, but it’s free-to-play so maybe I’ll keep poking it.

Well book, singular, actually. I finished Bernard Cornwell’s War Lord, the last book in his Saxon Stories series. At least the last so far, but Uhtred is so old in it that I’m not sure how Cornwell could squeeze in any more unless he goes back and fleshes out some periods earlier in our hero’s life. I have to say, it’s been a while since I read something this long (there are 13 novels in the series) without getting tired of it.

Having finished that, though, I’ve kind of taken my foot off the gas as far as reading goes. Gotta get back to it!

With The Expanse finished airing, we went back and re-watched Season 5 & watched Season 6. I’m now ready for someone to pick up the rights and keep making this show. I was honestly not as enthusiastic about Season 5 as I was about Seasons 1-4 just because the gang was no longer together, but season 6 pulled me back in.

We’ve also started a re-watch of Star Trek: Deep Space Nine though honestly we’ve both been a little lukewarm about it so far. We’ll see if it gets better after season 1. I remember not being a huge fan back when it aired but I was hoping that a re-watch would change my opinion.

Currently we’re rewatching Season 1 of Raising Dion before watching the new second season. This is the story of a single mom raising a son who has super-powers, which sounds like the setup for a comedy but it isn’t: it’s a drama (tho of course some funny things happen now and then).

My late-night, “watch the stuff @partpurple doesn’t want to watch” selection this month has been The Sopranos; my first viewing. I just started season three, if memory serves. So far it’s been OK but I’m not sure why folks made such a fuss about it back in the day.

Ascendance of a Book Worm is an anime about a young woman who dies and is resurrected in the body of a small girl in a fantasy world. She quickly learns to her horror that there are almost no books in this world so she sets out to ‘invent’ paper making and printing. It was a pretty sweet story; I hope there are more seasons coming.

Wrap Up and plans for March

So that was February. In terms of gaming I don’t have much planned for March. Keep playing Horizon until it isn’t fun and then…who knows?

In books I’ve started a re-read of Leviathan Wakes, which is the first Expanse novel.

And I have 4(?) more seasons of The Sopranos to get through, which will probably take all month. I’m not sure where @partpurple and I will go after Raising Dion. We still need to get back to Star Trek Discovery so we’ll probably do that. I dunno, can’t make plans without consulting with her.

Hope everyone had a nice February and here’s to March going out like a lamb. Preferably not a 90F lamb!