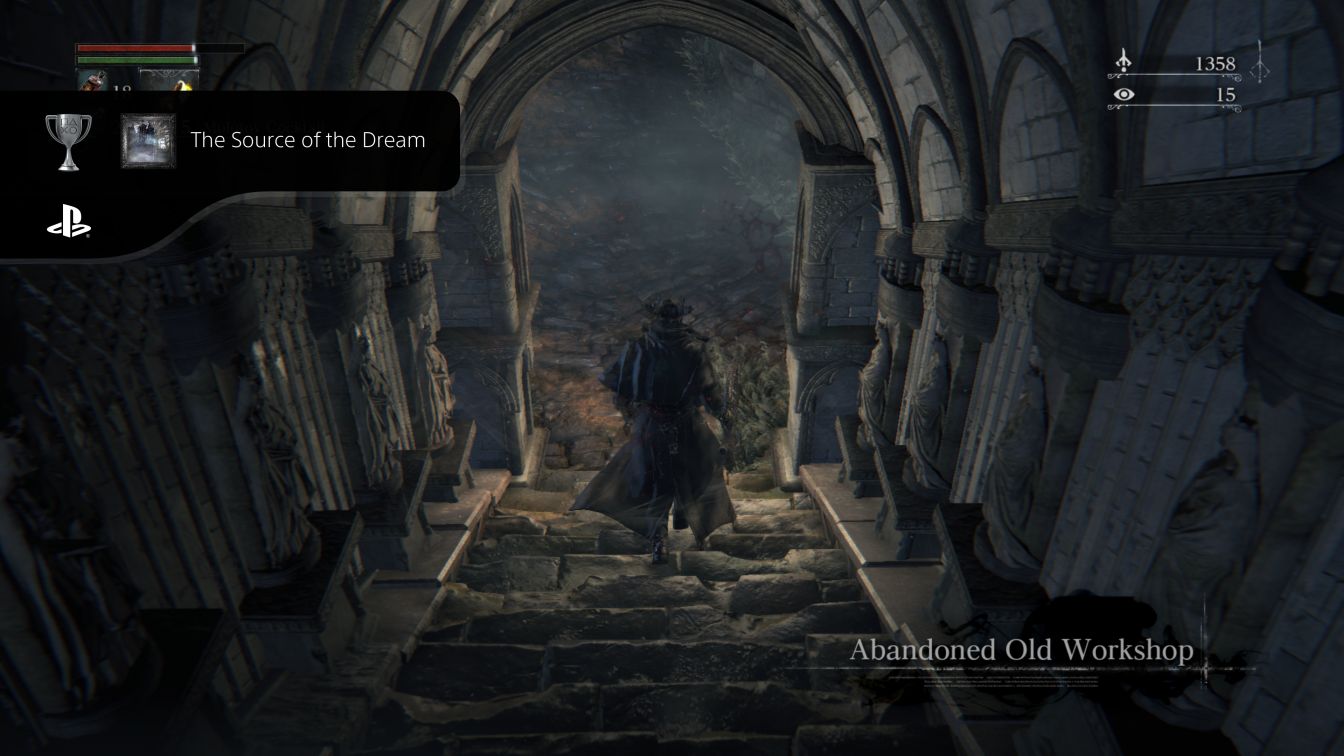 I’m still playing Bloodborne every night. This is only of any interest because I’ve spent the last few years telling everyone who would listen about how much I hate really difficult games and “Souls-Like” games in particular. Apparently I have no idea WHAT I like.

So, I was pondering that, in the way that we reclusive individuals ponder with only ourselves to talk to. Why am I enjoying Bloodborne now?

The reason boils down to a simple one: prior to this attempt at the game, I didn’t know what the hell I was talking about!

What makes this all even more amusing (to me anyway) and embarrassing is that I used to know better. Look at this post about Demon’s Souls from 2009: Demon’s Souls & its brutal(?) difficulty (PS3)

Mind you, I never finished Demon’s Souls on the PS3 but at least at the time I understood how Souls games worked. Sometime between then and now, I forgot.

Yes, Bloodborne is often challenging but you have tools to help you manage the challenge. Key things to keep in mind are that bosses do not scale to your level, and there is no hard level cap. You level your character via killing enemies and collecting the Echoes they drop. Since enemies respawn there’s an infinite supply of Echoes. Additionally you can upgrade weapons to make them more powerful, though there seems to be ‘hard stops’ where you no longer get the upgrade materials you need until you advance into a more difficult section of the game. (Early in the game you get materials that can take a weapon to +3, then the next area gives you different materials that can take weapons to +6, etc, etc.)

When you die, the only thing you lose are Echoes, which drop on the ground or are picked up by a monster. You can go back and recover those, though if you die a 2nd time before you’ve picked up your first batch of dropped Echoes, that first dropped batch poofs for good.

This can be frustrating for sure, but again there are infinite Echoes in the game. If you do lose a big wad of Echoes (and I definitely have, a few times) it’s a setback, but not a roadblock.

What I had to learn to do is mitigate risk. As you level up it costs more and more Echoes to ‘purchase’ the next level. If I’m getting close to being able to level up, I’ll start playing conservatively for a bit. I’ll often revisit an earlier area where enemies are now relatively easy to kill. This is a good way to get your Echo pool high enough to be able to spend them on a new level while also farming consumable items from enemies. And honestly it kind of feels good to go back and just burn through these baddies that used to give you so much trouble.

So after I spend my Echoes and have an inconsequential number left over, now it’s time to get really bold with exploring because if I encounter an enemy that I can’t handle, I’m risking almost nothing.

So that’s the way I’ve been playing and I’m still making slow but steady progress. And it would be unfair not to acknowledge I’m also following a guide, which helps a great deal.

I’m still really amped for some new games coming very soon and I still don’t think I’ll finish Bloodborne any time soon. Maybe I’ll come back to it, who knows? I did add Elden Ring to my “Playing Soon” list and I’m looking forward to having to figure stuff out at the same time the rest of the community is learning the game, too.

Point being, though, that I now think that I COULD finish Bloodborne if I was willing to devote the time. That realization opens up a whole genre of titles I now feel like I can play. Maybe not beat, but at least play enough to make them worth trying.

I had a point I was trying to make when I started this post but I’ve kind of lost it now. 🙂

I guess the take-away is that yes, Bloodborne can be difficult, but with some patience you can tame it and beat it, even if you do that by leveling up to the point where you’re super powerful.

2 thoughts on “Bloodborne & Me”