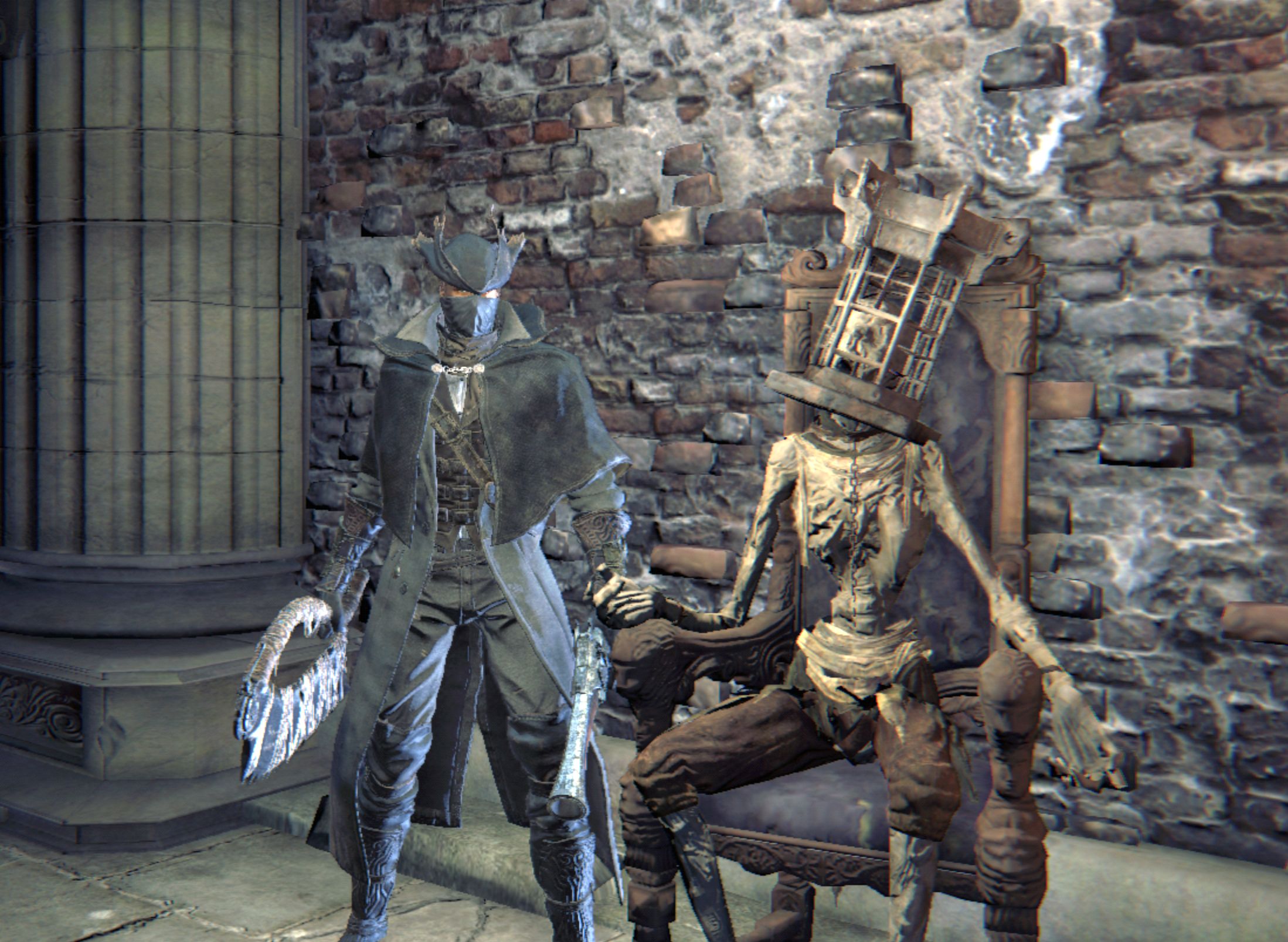 It all started shortly after Christmas when I was looking for something mindless to watch on YouTube and happened on Playstation Access’s “Christmas Maze” series. In this series one of the team members acts the villain, forcing the other 3 to try to beat various video game challenges. It’s pretty silly stuff, and clearly something they did before the holiday so the team could take some time off over the actual Christmas break.

One of the challenges tasked a team member with beating the first boss in Demon’s Souls. The catch was, every time she healed she had to put on another sweater. (Like I said, pretty silly stuff.) By the end she was wearing 9 sweaters over top of each other. I watched it because it was ridiculous but soon got interested in the gameplay since, with the help of the rest of the team giving advice, she made it through and it was (I think?) her first time playing Demon’s Souls.

It looked fun, and Demon’s Souls was on sale at the time, but I have an issue with difficult games and even on-sale I didn’t want to buy a game that I figured I’d play for 30 minutes then rage-quit from. Which led me back to Bloodborne since I already owned it. In fact I played it not too long ago (last August), though when all this started I’d completely forgotten that fact. Even curiousier, in that post I wrote about having finally killed the Cleric Beast for the first time. That is not correct, because I was looking at the trophies I’d earned for Bloodborne and one of them was for beating the Cleric Beast and I earned it in 2015.

So I was ready to play Bloodborne but I wanted a ‘team’ to coach me. It just so happens that Playstation Access has a playlist called “Helping a Noob Play Bloodborne” (for some reason the videos are in reverse-order in that playlist) in which someone who, like me, had been stuck since 2015 gets help from his friends. I jumped in, but quickly realized it wasn’t going to help me much for two reasons. First, it starts where Rob (the noob in question) got stuck in 2015 and that was well past where I’d gotten. Second, he actually had 2 players by his side, in-game. He basically just followed them along getting carried. Since I didn’t have 2 high-level players handy, I wasn’t learning too much from the stream.

I was happy to find FightingCowboy’s “Bloodborne 100% Walkthrough” playlist and it has been tremendous help. For the first few segments I followed along meticulously, first watching a video, then basically doing exactly what he did. Often I’d stop the game and re-watch parts of the video to make sure I was doing everything correctly. I started a new character and increased the same stats he increased, opened shortcuts in the same order he did, and so on. That got me on my feet and this time when I encountered the Cleric Beast I beat it first try.

As I got more comfortable I started being a little less structured in my following Cowboy. I was feeling like not doing *any* of the exploring on my own was detracting from the experience. I tried completely cutting the cord but quickly got lost and started getting frustrated again. It’s really easy to stray into an area that you are NOT prepared for in Bloodborne (and maybe all Souls games).

Now I’ve settled into a routine where I explore a bit on my own, try to figure out where I think I should go, then I watch Cowboy’s video to see if I was right or not. Then I go back to the game and adjust so I end up at the same place his video ends. Then I start exploring on my own again. Rinse and repeat. It’s working for me. I have nothing but respect for the people who played this game blind and just figured out all the tricks and shortcuts through this maze of a game.

I’m not pledging to finish Bloodborne or anything like that, but I am enjoying a Souls game more than I ever thought I would. I’m on video 5 now (the series has 29 vids) and I’ve killed 3 bosses so far. I’m level 32-ish and just unlocked Ludwig’s Holy Blade, which Cowboy says will be my weapon for most of the rest of the game. In order to purchase that I had to find a hidden area that had some loot that sold for a ton of Echoes. And when I say hidden I mean I had to blind jump down into a dark area to land on a platform I couldn’t see when I jumped. How anyone found that area initially is beyond me.

One side effect of this experience is now I’m buying into the Elden Ring hype, too. It turns out my 60+ year old gamer brain/reflexes can actually make progress in these games, given a little help from the Internet. But I’ll probably wait for strong young gamers to figure out Elden Ring’s mysteries before I take it on myself. Plus between now and the Elden Ring launch both Dying Light 2 and Horizon Forbidden West are coming out and I gotta play both of those.

One thought on “Back to Bloodborne”