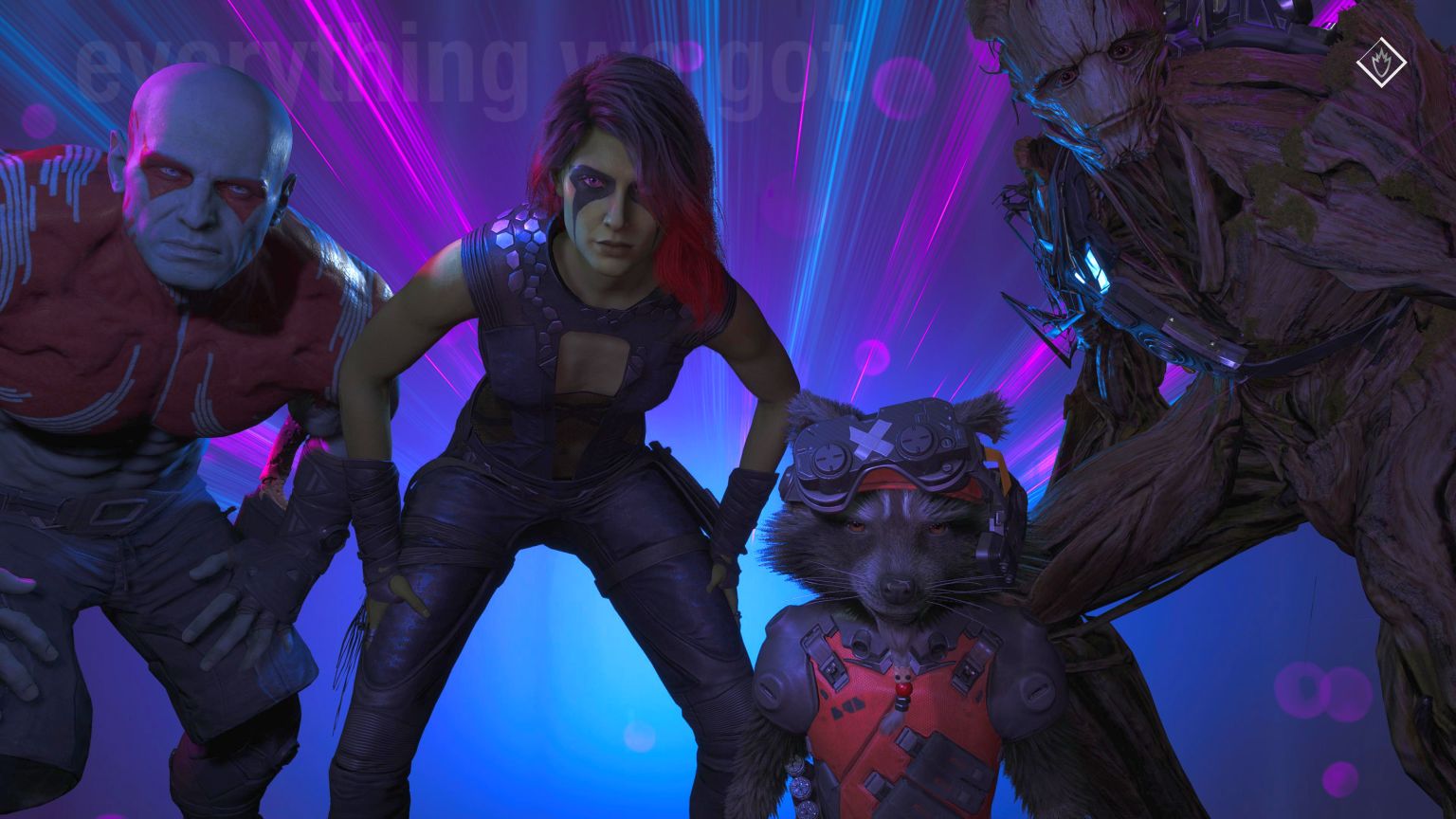 Been waiting a long time for Halo Infinite to launch. It has been years since I’ve played a good Halo campaign. (Halo 5 did NOT have a good campaign, in my opinion.) Finally on Wednesday it unlocked.

And I spent the evening playing Guardians of the Galaxy. I really fail at planning. You see, after I finished FF XIII I needed something to play, and since I’d been on the Xbox for that game, I looked to my library on the PS5. Back during Black Friday I’d had a moment of weakness and purchased Guardians of the Galaxy. I knew if I didn’t get to it soon the regular price would drop below what I paid for it on-sale, or it would arrive on GamePass over on the Xbox. In either case I’d be kicking myself for succumbing to the allure of the sale.

This was all on Tuesday. The plan was to play both games at the same time. So Tuesday I started Guardians but I didn’t get super-far into it. When Wednesday rolled around and it was time for Halo I wavered. Why? Because tonight, Thursday, is The Game Awards so I’m not sure I’ll play anything tonight.

Knowing myself, I knew that if I played a game briefly on a Tuesday then didn’t come back to it for a number of days (say until Friday) then I might not come back to it at all. Does anyone else have this issue? I hadn’t played enough on Tuesday for the controls and systems of GotG (which I find a little odd), to carve grooves into my muscle memory. I’d come back, feel kind of lost and like I should start over, which I wouldn’t want to do. So I’d play something else. My brain is weird.

So anyway, I’ll get to Halo Infinite soon-ish. One of the nice things about ditching social media is that I don’t feel any pressure to rush into HI for fear of spoilers or anything. Waiting is often the right move anyway because games get patched/improved. For instance GotG now has a Ray-Tracing option in the settings. That wasn’t there at launch so had I played it when it first came out I wouldn’t have had the option.

As for Guardians of the Galaxy, I know a lot of people LOVED this game, but I’m not quite as on-board…at least not yet. As I mentioned, I find some of the controls a little wonky. I’m so used to Left Trigger being ‘look down scope/zoom’ and in GotG it kind of is but it is also some kind of lock-on? My brain hasn’t really parsed what it does yet, but I know I often feel like I’m fighting the reticle as it keeps jumping from the enemy I want to aim at to another enemy.

As an interactive movie it is working, though. 100 percent. I do wish there was a cleaner way to handle “side conversations.” In other words a character will start talking about something random and I’ll accidently trigger a scripted bit which causes the random conversation to shut off so the scripted conversation can take place instead. Because of this I’m constantly standing still while I let the random conversations play out. And there’s a lot of them, so I spend a lot of time standing still listening to the team chat with each other.

That says a lot about the quality of the conversations. Last one I interrupted was Gamora asking the others what the weirdest monster they ever fought was. I still don’t know what their answers were and I’m still curious about it. 🙂

One clever ‘4th wall wink & nod’ bit was when I (Star Lord) was a prisoner & was supposed to be following a guard but of course there’s loot tucked away in corners everywhere, so instead of following I was exploring, and the guard kept commenting on the fact that I was wandering off in random directions for no reason. I don’t want to get too specific because it was a fun moment, and a clever way to merge “OK this is the storyline” with “OK this is a game and players want to ferret out loot.”

I’m still not very far in. I’m about at the point where the demo footage we’ve all seen takes place. The gang is headed to some fortress to sell either Groot or Rocket as a monster but of course we keep getting waylaid, often because Starlord and I are too nosey for our own good.

I’m hoping (and anticipating) that with a bit more time the controls will start feeling better and I’ll start enjoying the actual gameplay as much as I enjoy the story and the characters. If I had to score the game right now (again, just a few hours in) I’d give the story/characters/lore an A+ and the actual gameplay a B. And let’s face it, that isn’t too shabby even if I never start feeling more comfortable.

[Note: I need to remember to turn off HDR in my PS5 screenshots. With HDR on the shots look great on the PS5 but when I bring them to PC they’re super dark. I lightened the ones in this post but they still don’t look as good as they should. This is a gorgeous game when actually being played on the console.]