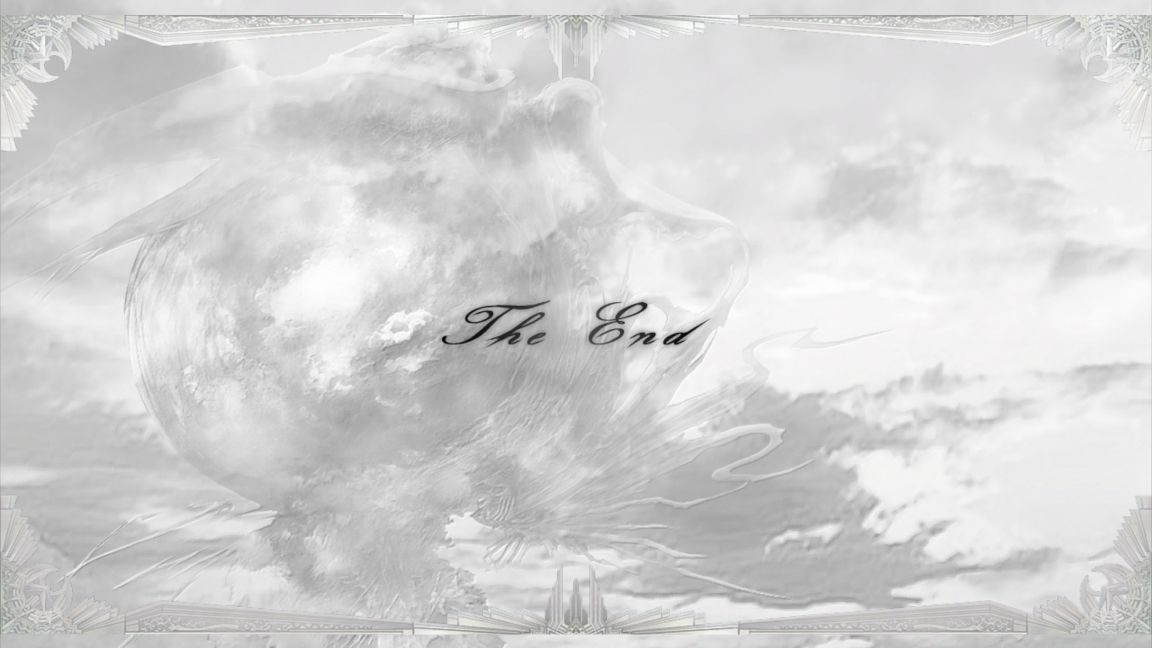 Well that’s done. I think my last save was around 55 hours. I think 55 hours is about 20 hours too many for the game’s systems. At least for me. Some spoilers in this post, not around story but around challenges and pacing.

Initially I really enjoyed Final Fantasy XIII. Even in the super-linear part I found being the ‘coach’ of the team was pretty enjoyable. I was at 26 hours when I got to where the game ‘opened up’ and the change of pace helped me stay interested, but not enough to be doing the same fights over and over again for so many more hours.

A lot of RPGs have grinding and I generally don’t hate it, but in FFXIII the fights take a few minutes each. Not all of them, but later in the game, a lot of them. When you fight a baddie and it takes you 5 minutes to beat him, then fight another baddie just like him again, and then do it 30 more times, it gets to feel really repetitive. You get to the point where you know you’re going to win. That makes the fights start to feel slow, dull and repetitive. Character progression slows too and of course Final Fantasy is known for having relatively few skills. You know how it is: first you learn Fire then you learn Fira then your learn Firaga. They’re the same spell just with more potency.

Early on there’s a lot of story bits to break up the monotony, but the farther in you get, the longer the stretches of just fighting, fighting, fighting get. Early on there are other characters around your party that you interact with, at least a little. Later on, you’re the only sentient beings for long stretches of a time. They only dialog you’ll hear is your party saying the same old things during battle. I bet I heard Fang yell “Eat this!” at least 5,000 times.

Honestly I almost didn’t finish. I kept asking myself why I was still playing. This came to a head at the very end. There are 3 “final boss” battles in a row, with no Save Points between them. You can Retry a battle, but Save Points also double as shops and crafting stations. There’s also no way to use a buff item between these fights. (These can be a huge help and I’d been hoarding them for end game, of course.) Final Boss #1 was pretty hard. Final Boss #2 was fucking ridiculously hard for me. It casts a spell that would insta-kill 2 of my party, leaving me frantically scrambling to Raise them and heal the last warrior standing at the same time. I failed that one after a 15-20 minute battle and the idea of doing it again, and then doing a third boss… I actually exited to the Xbox Dashboard on the way to just rage-quit/uninstalling.

But instead I jumped online and read some strategies and decided to try it again and I beat it by the skin of my teeth. All my party was blinking that particular shade of red that means “Death imminent” but the second boss finally fell. Final Boss #3 is a timed battle and gosh do I hate timed anything. I expected it would break me but I figured may as well try it one more time and…it turned out to be really easy. And that was it: Game Over.

For “Post-Game” content you just load back at the save point right before the final 3 bosses and can go do whatever you want. There’s no context to it that I can see; it’s purely grinding to max out your characters. No thanks, I’d rather go clean a toilet or something.

And yet…there is a sense of satisfaction that comes with sticking through adversity and finishing the game. I’m glad I did it, now that it is done. I can’t imagine ever wanting to replay Final Fantasy XIII, but in spite of all my struggles I am kind of curious about Final Fantasy XIII-2. For one thing it’s much shorter. HowLongToBeat lists FFXIII at 48.5 hours and FFXIII-2 at 28 hours. For another thing, I’ve heard the battle system is improved. And lastly, it’s on Game Pass so why not.

But not right now. I need a Final Fantasy break. Halo Infinite is out in 2 days and I have a bunch of stuff on the PS5 I want to get into. Plus that big Caves & Caverns update for Minecraft is out and I wanted to check that out. So I’ll put off the next Gran Pulse Grind Fest, at least for a little while.