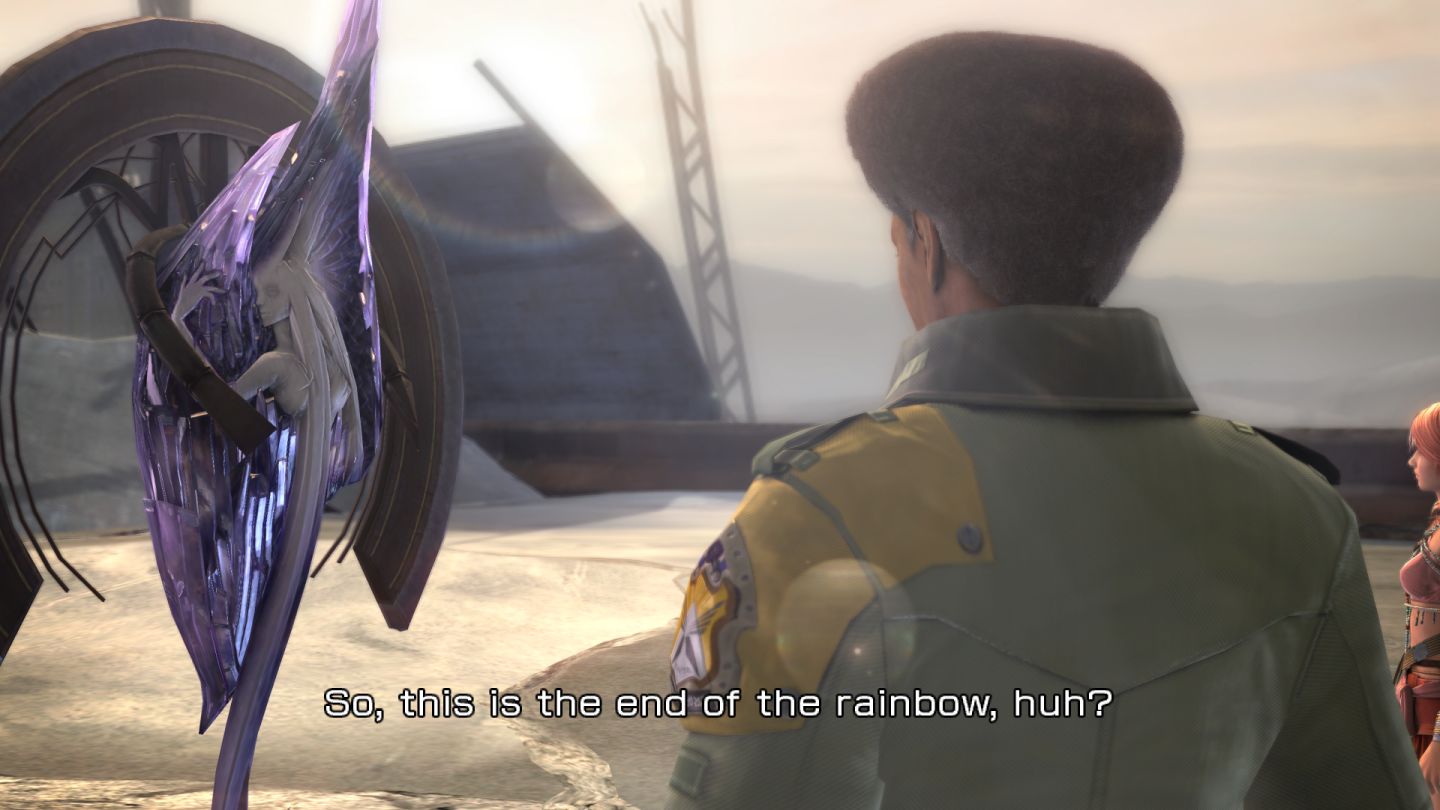 Progress in FFXIII has slowed somewhat, mostly due to a very sick dog. Lola was at the emergency vet twice in the past week. Lots of late nights trying to make her comfortable, lots of time standing around outside while she worked through stuff. She’s a little better now, but ~$2000 later we really don’t know what is wrong with her and I’m not convinced the meds she is on are doing more than treating the symptoms. She goes in for another battery of tests on Tuesday and I’m hoping we finally find out the root of her problem.

Being ANOTHER $2000+ in the hole will be good for my gaming backlog though, right?

Anyway, in spite of all that I did finally make it to the end of Chapter 11! Chapter 12 started with a battle that forces you to use a pre-determined party and it comes in hot right after a cut scene: this was a problem for me because one of the characters (Snow) I hadn’t touched in probably 30 hours of playing. I hadn’t unlocked any Crystarium nodes or updated his gear in all that time. Fortunately, the other two party members (Lightning and Vanille) were totally up to date so they carried him and eventually we were victorious, but it took a LONG time.

Immediately following this fight, I decided I’d better get my ‘unused’ team members prepped in case there are more pre-set battles in the future, and that’s when I learned I’ve gimped myself. Snow, Sazh and Hope all had 999,999 Crystarium Points. In other words, there’s a cap on how many CP a character can store (after every battle all characters gain CP even if they weren’t in the battle party) and I’d hit that point sometime in the past, after which additional CP was being lost. After spending all their points they are still pretty far behind the three characters I’ve been leveling up as I went.

So moral of the story is, spend CP even for characters you aren’t actively playing. Don’t be like me! Now I’m worried there’s going to be some grinding sessions in my future.

And while I’m handing out advice, I’d suggest not trying to convert a character into a role they aren’t “born” with. I decided to make Fang a Synergist (her ‘native’ roles are Sentinel/Saboteur/Commando) since my main party (Lightning/Vanille/Fang) didn’t have a Synergist. Turns out leveling up a new role takes huge amounts of CP (a lot more than ‘native’ roles) and the attribute bonuses you get are puny compared to sticking to the roles given to you in the early game. Ergo my Fang is a bit gimped, too.

Oh well. I think the game is designed so that you don’t have to make all the right decisions to be able to finish. Honestly the story-dictated boss fights haven’t been as hard as some side-quest bosses I’ve tried to take on. There seems to be quite a bit of ‘post-story’ content out there designed to challenge the min-maxers. Or maybe this is all wishful thinking on my part.

I guess we’ll see! I don’t expect to be sticking around for post-story stuff, what with Halo Infinite coming next week, not to mention the fact that Final Fantasy XIII-2 is now on Game Pass. So is Final Fantasy 12 which is another game I’ve never finished. I don’t think I have much need to squeeze every minute of playtime out of these games! Life is too short!

One thought on “A Final Fantasy X-III Warning”