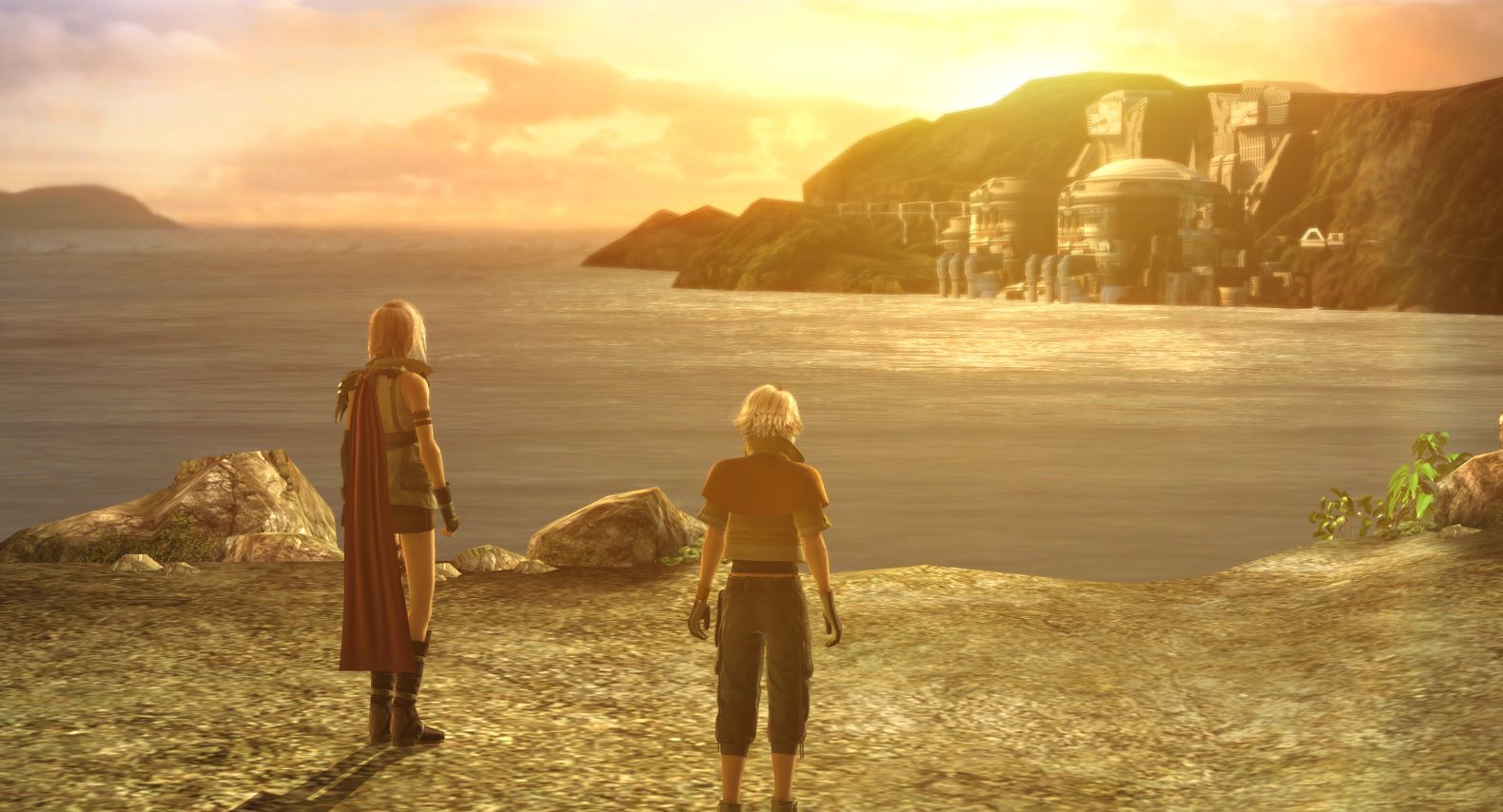 It’s been about a week since I started playing Final Fantasy XIII again. When I jumped back in I found I had a save file with 30-ish hours of playtime, but I couldn’t really remember how to play. I started a new game with my intention being to play the first 5-10 hours to get reacquainted and then switch to the 30 hour save.

So far I’m about 13 hours in. I think I’ve re-learned all the main systems and there’s no good reason for me to soldier on in this new save at this point. FFXIII is a linear game and it’s not like I can make different choices in this play-through. And yet, so far at least, I’m having too much fun to make the jump.

In truth FFXIII makes it easy to come back. There’s a ‘datalog’ feature that gives a textual recap of all the cut scenes and everything that has happened so far. I could read through all that and be totally caught up on the story. The various tutorials that you encounter can also be re-visited at any time. Kudos to the devs for offering these options.

I still might jump to the old save, but the vibe of the game is currently hitting me just right. Yup, it is super linear, and in some ways the game almost plays itself. But it’s awfully pretty and has a great soundtrack and I’m finding it quite soothing to play. With all the shit going on in the world, just easing into a mellow, escapist game is feeling really good right now.

It’s been a long time since I last played, but I think I am playing much differently than I originally did. FFXIII’s combat is base around teams of 2 or 3 characters with real-time, though not action-based, combat. There’s a bar called, I think, the ATB (Action Time Bar, maybe?) that you slot abilities into. During battle this bar fills up and when full your character performs the actions you’ve slotted. Then you slot new abilities in and wait for it to fill. The bar is broken into segments and different abilities take up different numbers of segments.

The game offers a way to automate this slotting of abilities into the ATB. I generally resist automation in games and I’m pretty sure I slotted things manually the last time I played, but this time I’m just letting the computer take care of that. I just pick the targets and the “AI” slots appropriate abilities. Honestly it does a better job than I do because it remembers what different kinds of attacks enemies are susceptible to. If an enemy takes double damage from Fire attacks the AI will slot Fire attacks whereas I’d probably never remember to do that.

In any case the AI always handles the abilities of characters 2 & 3; at best you can micro-manage the leader. There may come a time when I have to do that, but I haven’t encountered it yet and there’s a nice flow to battle when you’re just making the big decisions.

So about those big decisions. Each character can take on different roles. Roles are things like Commando (tank), Ravager (dps), Synergist (buffer), Medic (healer) and so on. You set up sets of this roles into a mechanic called Paradigms.

So instead of micromanaging the abilities my leader is using, I am instead constantly changing Paradigms and enemy targets. I guess the best analogy would be that I’m playing as the Coach of the team, calling the plays, but the AI is taking care of the moves each player makes. Here’s a short example video. Sadly the Xbox will only save 1 minute of video at 1080P so you only see the end of this fight when only a single foe is left standing. Need to start streaming then grab clips I guess.

I think this keeps me engaged. A lot of the battles are kind of trash mobs where my goal is basically “Kill them as fast as possible” (the game awards you for finishing battles quickly) with intermittent encounters where you have to think a lot more about what roles you need when.

And in between the battles, lots of anime-esque cut scenes where we learn about the characters’ backstories and watch the current story unfold.

So far, I’m digging it. There’s a lot more to the combat system but I’ve bored you enough for one post.