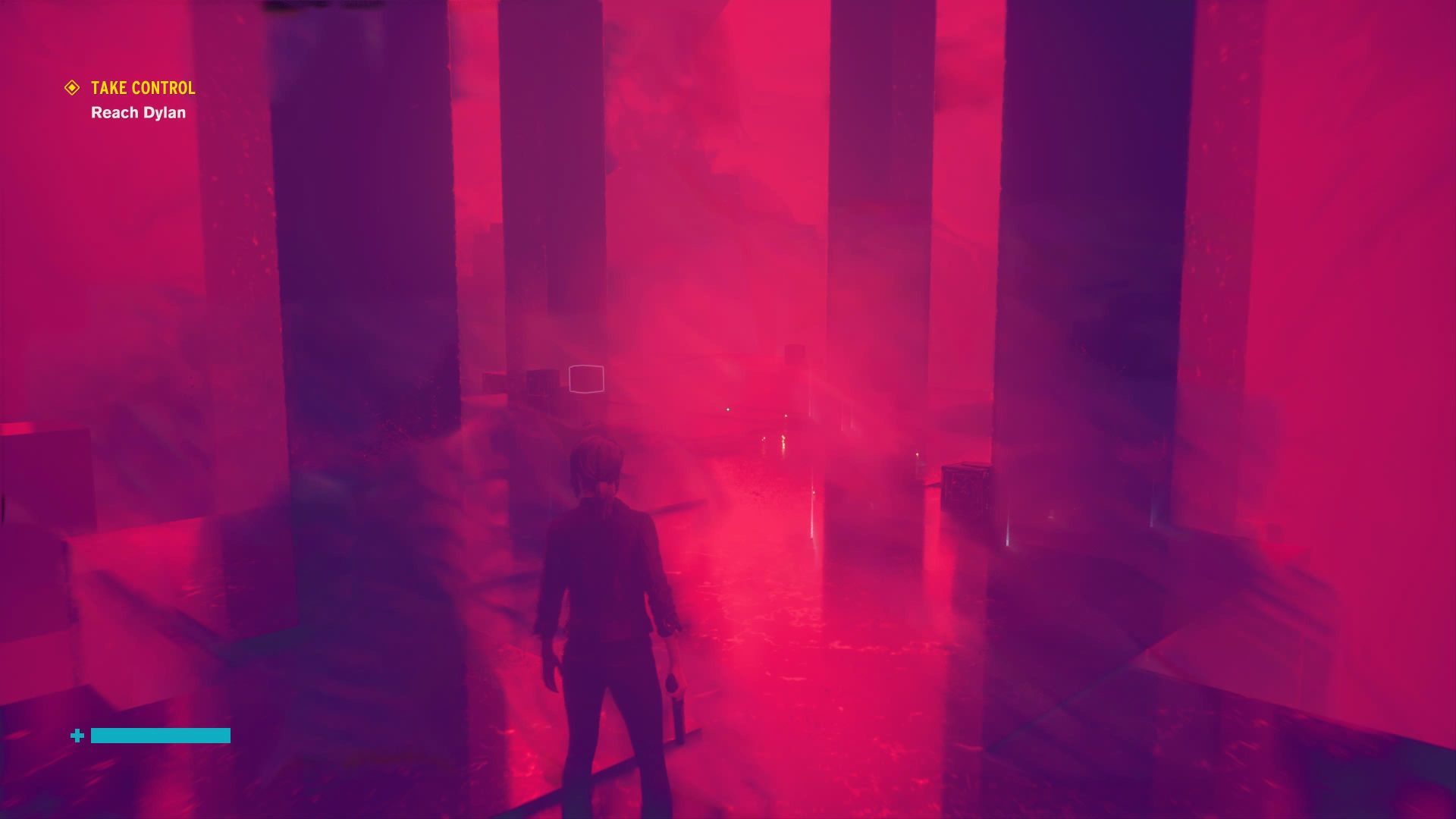 Welp I finished up Control on the PS5 this morning. I know this is a game a lot of people enjoyed, and that it received positive reviews, but honestly I didn’t like it all that much. That’s not to say it was a bad game; it was just not the right game for me. Generally speaking I found it more frustrating than enjoyable and when I got to the post-credits, “Guess what there’s still more to do!” bit I was like “Nope, not even a little bit” and I quit and uninstalled.

I think there were a few reasons why it frustrated me.

1) The Map. While I enjoy exploring in games, I don’t really enjoy being lost. I know that sounds odd. Control gives you a map. It shows where you are. Your quest journal tells you where you have to go, and you can see the destination on the map. And yet for me there were a lot of times where I still couldn’t easily figure out the path from Point A to Point B. This is the exact same issue I had with Jedi Fallen Order. I just don’t enjoy confusing maps in games, but at the same time I acknowledge that this was a deliberate mechanic in Control and that some people really enjoy figuring out pathways between points.

2) Combat rewards aggressiveness. I tend to be the kind of gamer that advances slowly and methodically through combat situations. I tend to hang back, take out enemies from afar when possible and advance slowly. Control punishes this style of play. Damage in control is restored by picking up ‘crystals’ that fall off enemies when they are damaged or die. As long as you keep moving forward you’ll vacuum up these crystals and restore your health. If you hang back, no health restoration. The ideal way to fight in Control seems to be pushing forward aggressively and using Dash and Shield abilities to avoid/mitigate damage. Again, this is not a BAD combat system, it just doesn’t suit me. See also Outriders, another game that rewarded an aggressive combat style that I didn’t enjoy nearly as much as my friends did.

3) HDR, maybe? On the PS5 (at least) Control really leans into HDR effects. There are a lot of places where the screen gets so bright you can’t really see well, like stepping out of dark building into bright sunshine. It’s a realistic effect that looks really cool but so often I was attacked by enemies I couldn’t even see. Later in the game as things got weirder this impact ramped to 11 as I fought orange colored enemies in a room saturated with red light to the point where I could only see enemies from their shooting. I *think* a non-HDR version wouldn’t have this issue but I’m not sure. (The image at the top of the post shows the lighting I’m talking about, though no enemies in it and of course with HDR off so the effects aren’t quite as extreme.) There were times while playing that my eyes literally started watering from the lighting effects and I’d have to take a break.

Well the setting and the lore was really good. The premise of the game is that there’s a Federal Bureau of Control that is tasked with collecting Objects of Power that have paranormal uses/effects. As a kid, protagonist Jesse and her friends found one of these: a slide project that opens portals to other dimensions. The object, as well as she and her brother, were rounded up by the Bureau but she escaped. Now as an adult she’s trying to rescue her brother who has been kept captive all these years.

It was huge fun exploring the levels to find and read about these various objects, often via heavily redacted documents. Sometimes the items end up giving Jesse powers. If I remember correctly, the Merry Go Round horse gave her a Dash ability.

I also enjoyed the combat when it felt fair. You have a single gun that can morph into different configurations: shotgun, machine gun, grenade launcher, etc. Ammo is unlimited but takes some time to recharge. Meanwhile you can pick up and hurl objects psychically. The amount of destruction that results is quite cathartic and oddly seems very pretty. The enemies you fight are in the shape of people (more or less) but don’t bleed, instead they kind of burst in a puff of smoke and light when they die. I wish I’d taken more screenshots in the middle of combat but I was always too focused on staying alive.

The strange thing is, when I first started playing Control I didn’t find it very hard. Then I took a break for a month or two and when I came back it was kicking my ass. I’m not sure what happened. Maybe I forgot a mechanic, or maybe I stopped playing when I started getting frustrated and just don’t remember?

Anyway I died a LOT in the later stages and Control has one of those (in my opinion) backwards systems where you lose progress when you die. Let me explain. As you play you gather resources that you use to improve your weapons and ‘mods’ that you apply to yourself. There’s a currency cost to do these upgrades. Every time you die you lose 10% of your currency, making it harder for the player who is struggling to upgrade their weapons. This seems backwards to me. The player who is having an easy time killing baddies also has an easier time upgrading their gear to make it even easier yet to kill baddies.

Anyway, if there is a Control 2 I’d probably give it a pass. On the other hand if someone makes a Control movie or TV series, I’d be all over that. Great worldbuilding and lore. The actual plot was pretty straight-forward but all the backstory was quite compelling. And it was such a pretty game; maybe too pretty at times when all the smoke, colors and lights made it hard to see the enemies coming at you. Again, while Control wasn’t a great game for me personally, a lot of people enjoyed it quite a bit. Hopefully this post can give you some guidance on whether you’d be in the majority would really enjoy it, or if some of the issues I had would impact you as well.