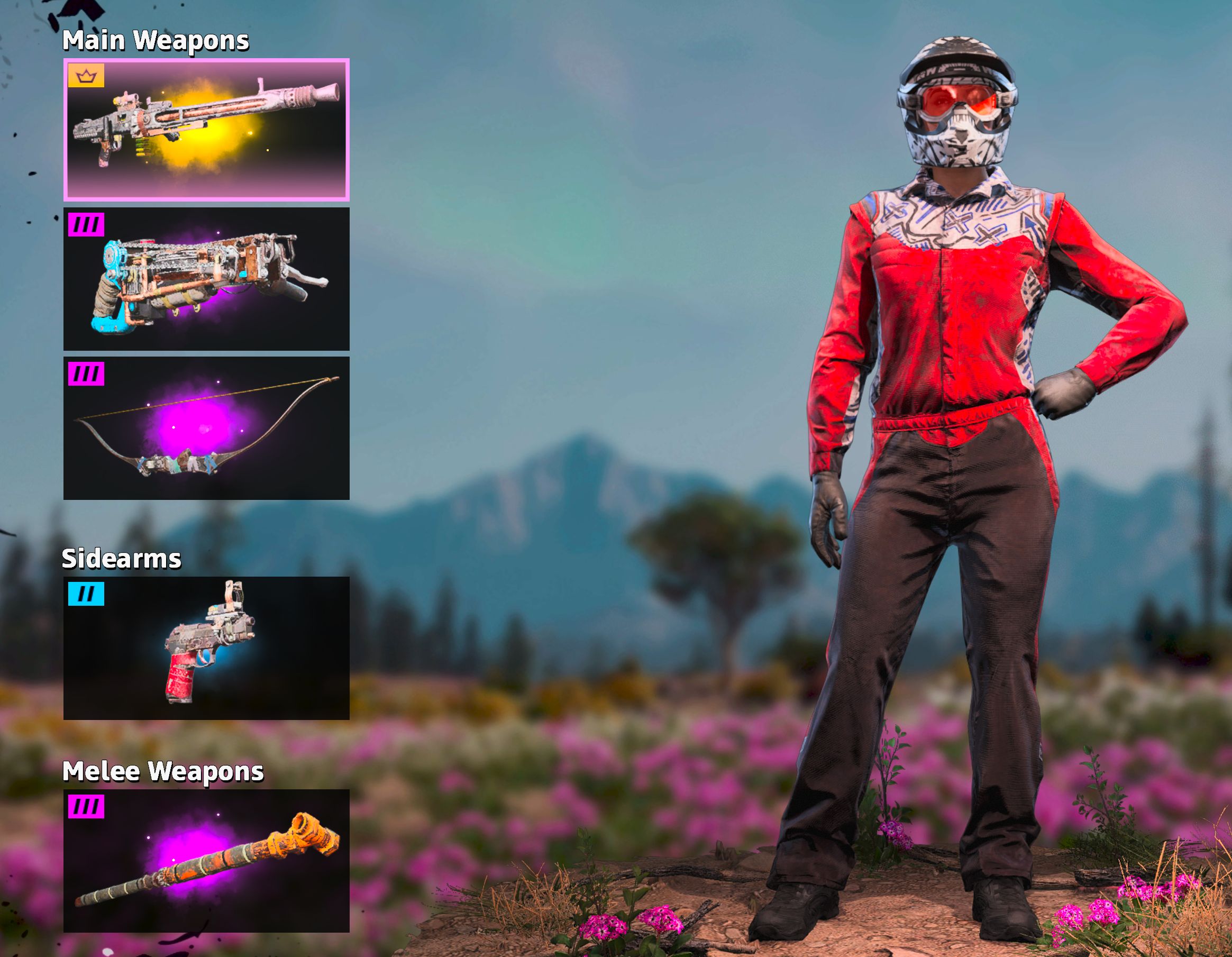 Well I finally got around to finishing the main story of Far Cry New Dawn. I’ve been picking and poking at this game for months, if not years, but with Far Cry 6 out I figured it was time to finish New Dawn. Not that there’s any continuity between major Far Cry installments; I did it mostly so I could say I did and it always feels better finishing an old game before I buy a new game.

Overall I felt like Far Cry New Dawn was OK. Like a 3 out of 5 game. Glad I finished, won’t stick around to farm achievements. That kind of game.

So what was wrong with it? The pacing felt odd. There was so much random stuff happening that when you wanted to do a specific quest it could be hard to do so since random encounters would keep popping up which would in turn lead you to use up all your ammo before you got to the location of the quest. It was also the kind of game that is like 90% about shooting stuff but they add a melee system and a driving system into it, then they make main story quests that force you to do melee and driving. But to be fair that’s typical Far Cry stuff. Lastly for some reason whenever you opened a crafting station or a store there was a long load screen where it felt like the game was phoning home for some reason; probably something to do with microtransactions. That got old real fast and remained a major headache throughout the game.

Those are pretty minor gripes, really, but the problem is with my “what’s good about it” list. There’s really nothing on it. It was fine. The story wasn’t super compelling, the characters were mostly tropes. Joseph Seed returns and he is as delightfully wacko as he was in Far Cry 5, but beyond him… meh. A lot of the ‘guns for hire’ (NPC sidekicks) were annoying and at least one was really very offensive. Fortunately there are a few animal companions who of course don’t talk and I mostly stuck with them. The shooting was fine but nothing remarkable. Further on into the game you get some quasi-magical powers and they felt super clumsy to me; I barely used them.

I finished with 29/50 Achievements (with a couple more very close to popping). My overall settlement level was maxed out (at 3) but of the various settlement facilities you can improve, only the weapon bench was maxed, and I created exactly 1 top-tier weapon before I beat the game. The image at the top of the post shows the final gear I beat the last couple bosses with (the top weapon, with the golden crown logo, is essentially level IV, the max level), and the image to the right shows my facility levels.

I guess there is overhead here (in terms of unlocks) for folks who play on harder difficulty levels. I could of course keep playing but I don’t see much reason to do so. There aren’t any interesting side quests left over, or even many places to explore. And there are so many games waiting to be played.

Overall, I’d say if you skip Far Cry New Dawn, you won’t be missing much. On the other hand if someone gifts you a copy or something, you’ll probably have some fun with it for a bit. There is no big amazing story hook at the end to make it worth continuing to play once you get bored with it, though.