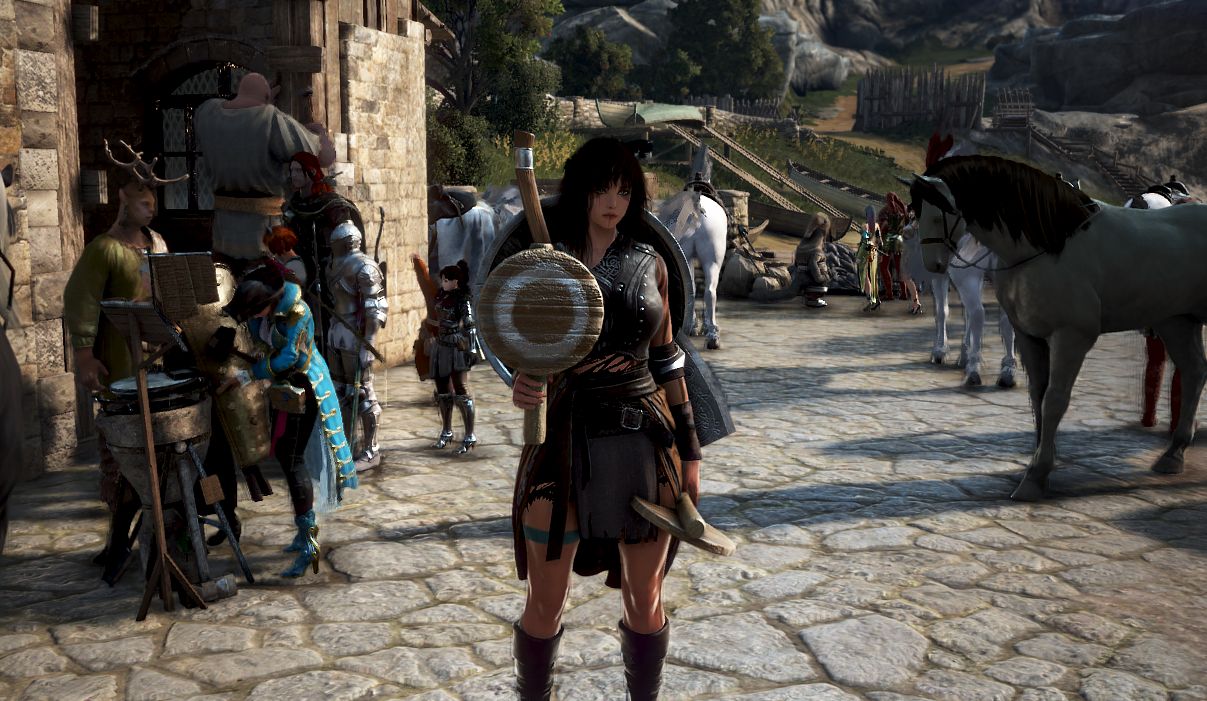 As I’m sure I’ve said many times on this blog, I have primarily been a console gamer for a number of years. That changed a bit lately with the launch of Amazon’s New World and my out-of-the-blue obsession with Black Desert Online (which I STILL haven’t blogged about, have I?) Suddenly I was back to sitting hunched over a desk, my face awash in the blue glow of a monitor, merrily pounding keys.

Was back. Now I’m not sure. I’m actually finding PC gaming difficult. In fact for the past few nights I’ve sat down to boot one of my two current obsessions, stared at the monitor, squirmed in my chair a bit, then I’ve gotten up and went to the couch and watched TV. I didn’t want to disrupt my gaming focus by starting a console game, but I just didn’t want to sit in that chair for another minute, either. It just made me feel mentally exhausted to be sitting there, plus there’s the little nagging tickle in my brain that maybe I should be doing some work instead, just to make the day job a little less stressful.

This is exactly how I got into console gaming in the first place. Once I started working from home full time I found that 8-9 hours at a PC was plenty and I didn’t really want to sit there for another few hours at night even if it was to play games. It’s weird because the same was true when I was going into the office, but somehow the change of location made it feel different. Plus I didn’t have all my work crap on my gaming PC. I don’t now either but I DO have Parsec and can connect to the work machine in an instant.

There’s a physical toll as well. I guess I really hyper-focus while at a PC and after a couple hours playing an MMO, when I finally get up there are so many pops and cracks in my back and neck that I sound like a string of firecrackers going off. My neck and shoulders get sore, though usually everything loosens up after a bit. No lasting damage done.

So I dunno what to do. All day while I’m working I think about how I want to play New World and BDO, but then when I CAN play I just want to be somewhere else. BDO is actually available on console but it seems to lag behind the PC version in a lot of ways, and of course New World is PC only. (Isn’t it strange that we can’t play New World via Amazon Luna?)

Maybe I just need to reserve PC gaming for the weekends, and stick to consoles games during the week. Not sure. Also not sure the point of this post but it’s been a week since my last post so figured I’d better find SOMETHING to talk about!