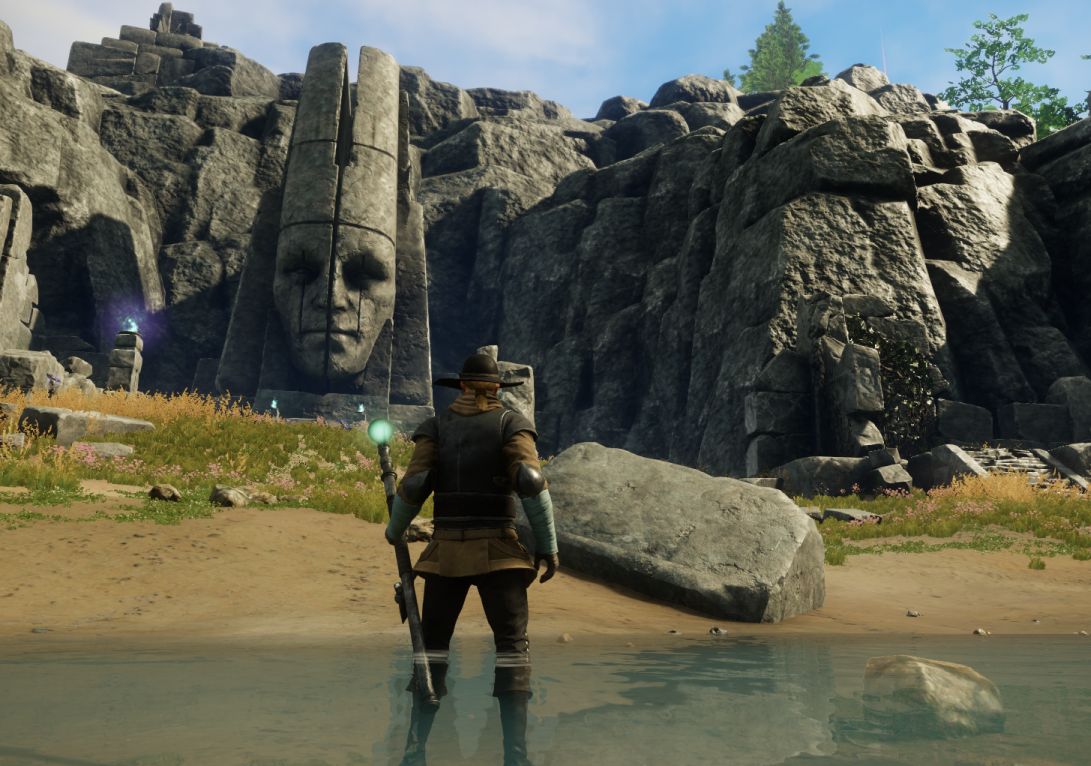 I’ve had a rough time with New World. Not the actual playing of the game, but the issues that orbit the core gameplay.

First it was the queues. On Day 1 I created a character on Minda to play with Belghast’s Greysky Expeditions Company. And, being me, I created a 2nd character on a different server because I know there WILL be times when I want to play in absolute solitude on a server where no one knows me.

The launch week queues on Minda & character #2’s server (not being coy, I literally forget what server it was) broke me though. I couldn’t take waiting hours to play any more.

Solution #1 was to create a character on NA West just to spend time with. So that was my 3rd character. Didn’t last very long since the lag difference was appreciable. Felt like dodging was a lot more iffy. That character still exists, gathering dust.

Solution #2: By the time I got to Solution #2 Amazon had rolled out a bunch of new servers on NA East that were empty(ish). I deleted my Minda character, created a new one (character #4) with the same name and look on a low pop server, and re-started. The idea was to level up on the new server until Amazon gave us server transfers, which they’d promised. Then I’d rejoin Bel & gang.

This new server never had a queue and at first I was having a great time. But then the community started getting super toxic. At least the Syndicate faction was super toxic and the worst players also ‘ruled’ the faction by dint of holding land. I mean there was other faction/Company drama (super high taxes set by bitter Governors) but the end result was I kept ‘moving’ towns to try to avoid the idiots. Eventually it started bothering me just to log in. But I still wanted to play.

I fired up character #2 and for some reason, just wasn’t feeling her. I often play female characters in MMOs but for some reason that felt off for me in New World. I think it was because I figured I might start actually interacting with others and didn’t want to deal with any confusion. That’s probably a really out-of-date attitude given I know many, many people who play a gender other than what they present in real life, but whatever. In the end I deleted her and started character #5 on yet another new, empty(ish) server.

And, though I’m worried I’m going to jinx it, I think I am FINALLY comfortable with queues, community and my character. Most of the big Companies on this server have non-offensive names and faction chat (I went Marauder this time) has been mostly inoffensive. I’m still sorting this character; I started him as a full dex built, using Spear and Rapier & wearing light armor. Not sure that is going to stick but since he is only level 14 I can respec for free.

My Minda-replacement character is still on the toxic server, waiting to be able to move. He is Hatchet/Hammer and with this new character I’m trying to resist replicating him but it’s hard. Hatchet is super fun.

But anyway the point is I now log in, putter around at my own pace, don’t get my blood pressure way up due to being around a bunch of asshats, and I’m finally really enjoying the whole vibe. But damn it took a while to get here!

Of course thanks to Stargrace’s posts about Black Desert Online, I am now torn between 2 MMOs, New World and BDO. When it rains, it pours! 2016’s Black Desert Online is now becoming a new obsession, but that story is for another post.