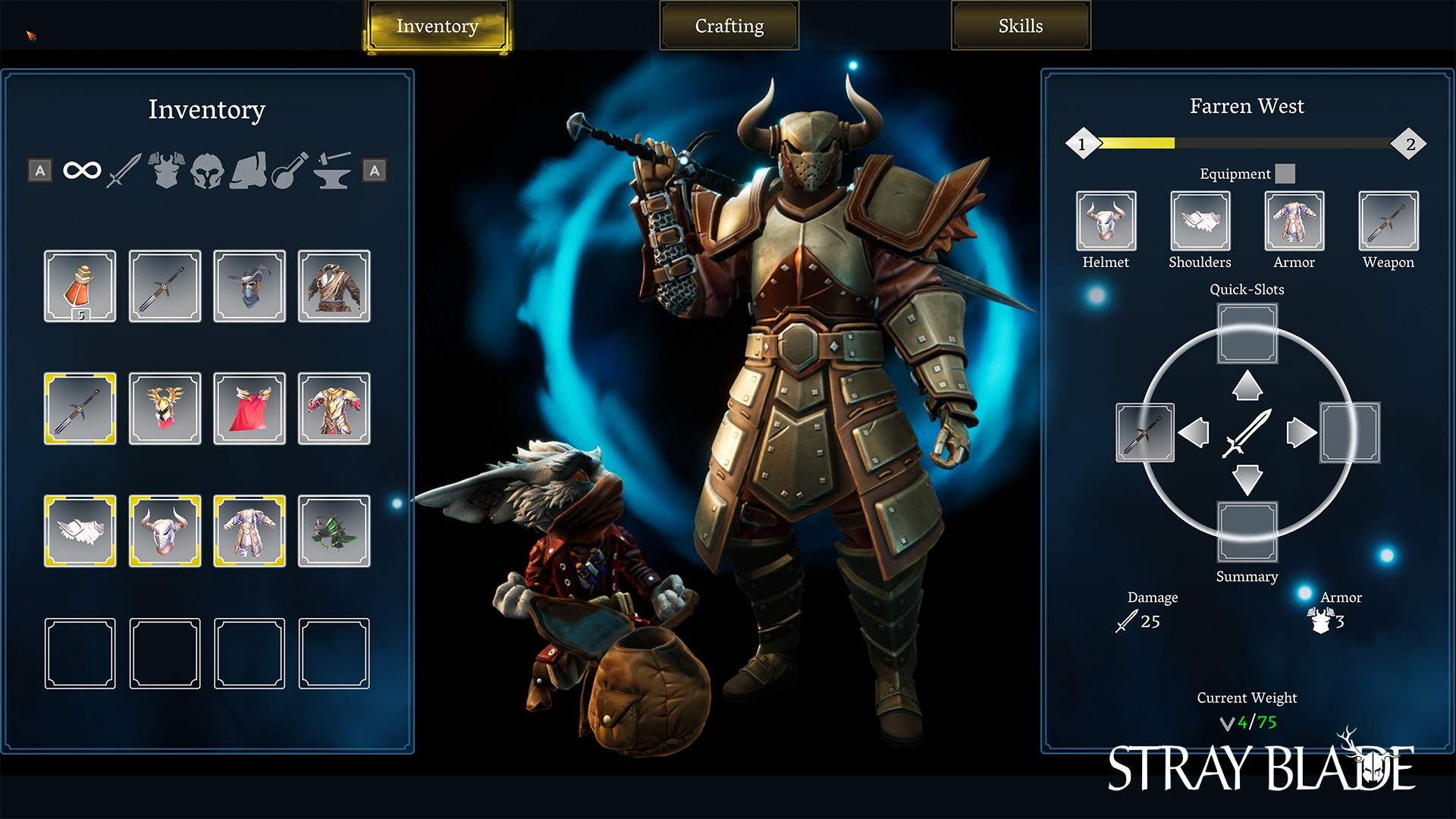 Gamescom 2021 starts today but Microsoft got a jump on the show by having their event yesterday. I watched it and thought it was pretty good, though not at that “you gotta watch this!” level of hype-ometer-busting excitement.

If you missed the show and don’t need some sorry old man recapping it for you, here is the full presentation:

Too busy to devote an hour+ to watching? Great, that’s my cue!

OK Let’s get the bad news out of the way first. If you tuned in for game announcements, you had to be disappointed. The only non-indie (?) title they showed that I’d not heard of was Stray Blade, a 3rd person action-rpg featuring melee combat in a fantasy world. It’s coming in 2022. Here’s the presentation, snipped from the above video.

Stray Blade looks in my wheelhouse with lots of exploration and the kind of combat I enjoy but it’s early days. I’ll keep an eye on it though. Oh, the image at the top of this post is from Stray Blade, courtesy of Microsoft.

The other new game announced was Into The Pit, an indie rogue-like. I’m kind of over rogue-likes right now so I almost forgot about it, but here’s the trailer for that one.

Everything else that was showed was stuff we knew was coming (though some titles, like The Gunk, we haven’t heard much about). The show started with Dying Light 2 (out this December) and ended with Forza Horizon 5 (out in November). Both are looking great so far. Halo Infinite was nowhere to be seen, which seemed odd.

Some news items that caught my interest:

Xcloud, Microsoft’s game streaming service, is coming to Xbox consoles this holiday for Game Pass Ultimate members. This seems like a no-brainer and I wonder why it has taken so long, but now Xbox One owners will be able to play Xbox Series X|S games on their console (at 1080P) via Xcloud. Also, given the limited drive space on the Series X|S I can certainly envision uninstalling some games and just playing them via Xcloud inorder to save space, or ‘sampling’ GamePass titles via Xcloud before deciding to download them. What I’m really curious about is whether I can hook up a mouse and keyboard to my Series X and play PC Xcloud titles on the console.

And speaking of PC games on console, Crusader King 3 is coming to console. What?! They are calling it an “adaptation” rather than a port, so it’ll be interesting to see how much they have to simplify things to make the game playable with a controller. I mean I assume that’s the challenge. I’ve never gotten very far in CK3 on PC because it makes my brain hurt.

Really, that’s all the big news. A bunch of Humble Games are coming to Game Pass, and MS Flight Simulator, Wastelands 3, Sea of Thieves and State of Decay 2 all have expansions coming soon. (I don’t mean to sound dismissive about these expansions. Learning about them had me hankering to play both Wasteland 3 and State of Decay 2.) There was a segment on Age of Empires IV (out this fall for PC) and Psychonauts 2 (out today!).

As for me personally, I’m excited for Forza Horizon 5 and Dying Light 2, but I was excited for them anyway. And I haven’t played an Age of Empires game in forever so I’ll give Age IV a go, I’m sure.

There’s another event today, “Opening Night at Gamescom” or something like that. Its being hosted by Geoff Keighley of The Game Awards fame, so it’s not sponsored by any one company. Hopefully we’ll see some new games revealed at that event.