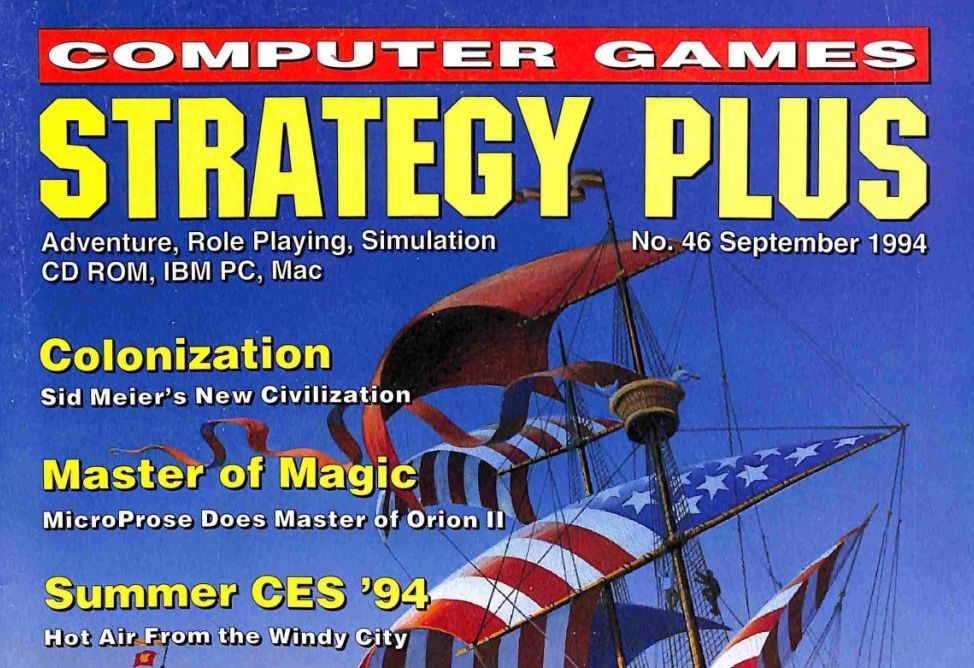 This week in Blaugust is supposed to be about introducing ourselves. I am old and telling you all about myself would bore you to tears, so here is my ‘gaming story.’

I was raised in the 1960s-1970s. There were no video games when I was a kid, but I really liked boardgames, even if I had to play them solo since there were no other kids in my neighborhood. I have a brother 10 years older than I, and he and my father would play a game called Yacht Race. That was my introduction to more ‘adult’ games (y’know, moving past Chutes and Ladders). I still have that copy of Yacht Race around here somewhere.

Somewhere in my teenaged years I discovered wargames; the ones with the paper maps and cardboard counters. I LOVED those things. I subscribed to a magazine called Strategy & Tactics that came with a game bound inside it (and articles about the conflict covered by the game). At the back of the mag they always had a survey to judge interest in future projects and I remember when they started asking their audience if they owned a personal computer and would they be interested in using the computer to play games. I was still playing solo and the idea of a computer being an opponent was thrilling!

My first computer was an Atari 400 that I bought just to play Star Raiders, though of course I quickly branched out from there. I also bought a 300 bps modem and learned about online services (back then the nascent Internet was only available through colleges or the government). I got involved with Compuserve and particularly GEnie, where I wound up working as an (un-paid) assistant to Scorpia. I guess in today’s terms you’d say I was one of her mods, though my title then was “Assistant Sysop.”

Through my verbosity on the Games RT on GEnie (I assume) I was approached by a fellow named Clayton Walnum who asked if I’d be interested in reviewing computer games. Well duh, of course I would. I wrote some stuff for ST Log, a magazine dedicated to the Atari ST computers. I also ghost-wrote a chapter of one of his books called something like “Secrets of the Video Game Masters” where I did a walk-through of Bionic Commando.

Eventually I moved on to PC gaming, and though I can’t remember exactly when or why, I started doing reviews for Strategy Plus Magazine. From there I got the offer to come onboard as an Associate Editor, which of course I did. My beat was strategy and wargames.

Fun fact: Strategy Plus started as a magazine in the UK, but the owner of Chips & Bits, a mail-order game store, bought it and moved it to the US. The reason the publisher bought the magazine was because advertising was so expensive in other mags. By owning the magazine, he got to advertise for free. It’s weird how the magazine business works. When you pay for a subscription, that basically covers the cost of getting the magazine to you. All the real revenue comes from the ads inside.

So that was the best job I’ve ever had to this day. I traveled all over the country to do previews on upcoming games. Went to the first couple of E3 shows (and a few CES shows before that). Geoff Keighley, who now does The Game Awards, was one of my freelancers (I had no idea he was like 16 at the time!). At the first E3 I was forced to meet with a bunch of kids who were walking around with a laptop showing off their new game. They didn’t have a booth or anything but had approached the publisher who sent them to me. I was annoyed since I had a packed schedule. Turns out the game was Unreal and in this crowd of kids was a scrawny geek named Cliff Bleszinski plus this mouthy guy name Mark Rein. Man, I should’ve asked them to hire me.

Eventually I was promoted from Associate Editor of Strategy Plus (by this time called Computer Games Magaine, if I recall correctly) to Executive Editor of a sister publication called Interactive Entertainment, or IE. IE came on a CD and was way ahead of its time. Instead of reading reviews, you could watch video of gameplay with a voice over. The CD also had demos of the games. Trust me that this was a BIG DEAL at the time. There was no YouTube, no Twitch. You could download some demos from GEnie or Compuserve or Delphi but it took forever and it was costing you $6/hour to do it.

The only problem was, IE was bleeding money. It just cost too much to send it out. We tried various methods but, particularly in winter when it was cold, many copies arrived damaged (the CDs would get brittle in the cold and then they’d get bent and would break) but in the end we never made it work and IE shut down.

By then “demo disks” packed in with magazines were on the up and up and I was put in charge of the one that came in Strategy Plus. My title was “Demo Wrangler” which remains my favorite title to date. Ironically sliding the CD into a bag with a magazine was the perfect way to protect it. Plus since it was a ‘freebie’ if it did get damaged it wasn’t quite as big a deal.

Then I met a woman who lived in another city and I bid farewell to gaming journalism and moved to be closer to her. I am no longer with that person and while we had some nice times together, I often wonder what would’ve happened if I’d stayed in gaming; so many of the editors from those days when into game design/development. Thus ended my gaming career.

Sort of. I did run a gaming forum, call The Jaded Gamer’s Pub, for many years. Remember when forums were a thing? Before reddit? That wasn’t a paying gig but it did make me feel connected to the community.

These days, and for the past 25 years or so, I’m just a schlub who enjoys playing games. I haven’t done anything interesting in the gaming world since the 1990s, and I am LONG forgotten by the industry. So sad!! LOL I coulda been a contender! (Though probably not.)

Let me finish by leaving us all with a good solid cringe. Look at this ad I found when searching for copies of Strategy Plus online (since dumb-ass me never kept copies)

Ah Derek Smart. I spent a day with him once, working on a preview of Battlecruiser. He was living in Miami Beach at the time. He was a very nice guy. Super smart, very geeky but so not the abrasive personality he presents online. Or presented…I haven’t seen him mentioned in ages.