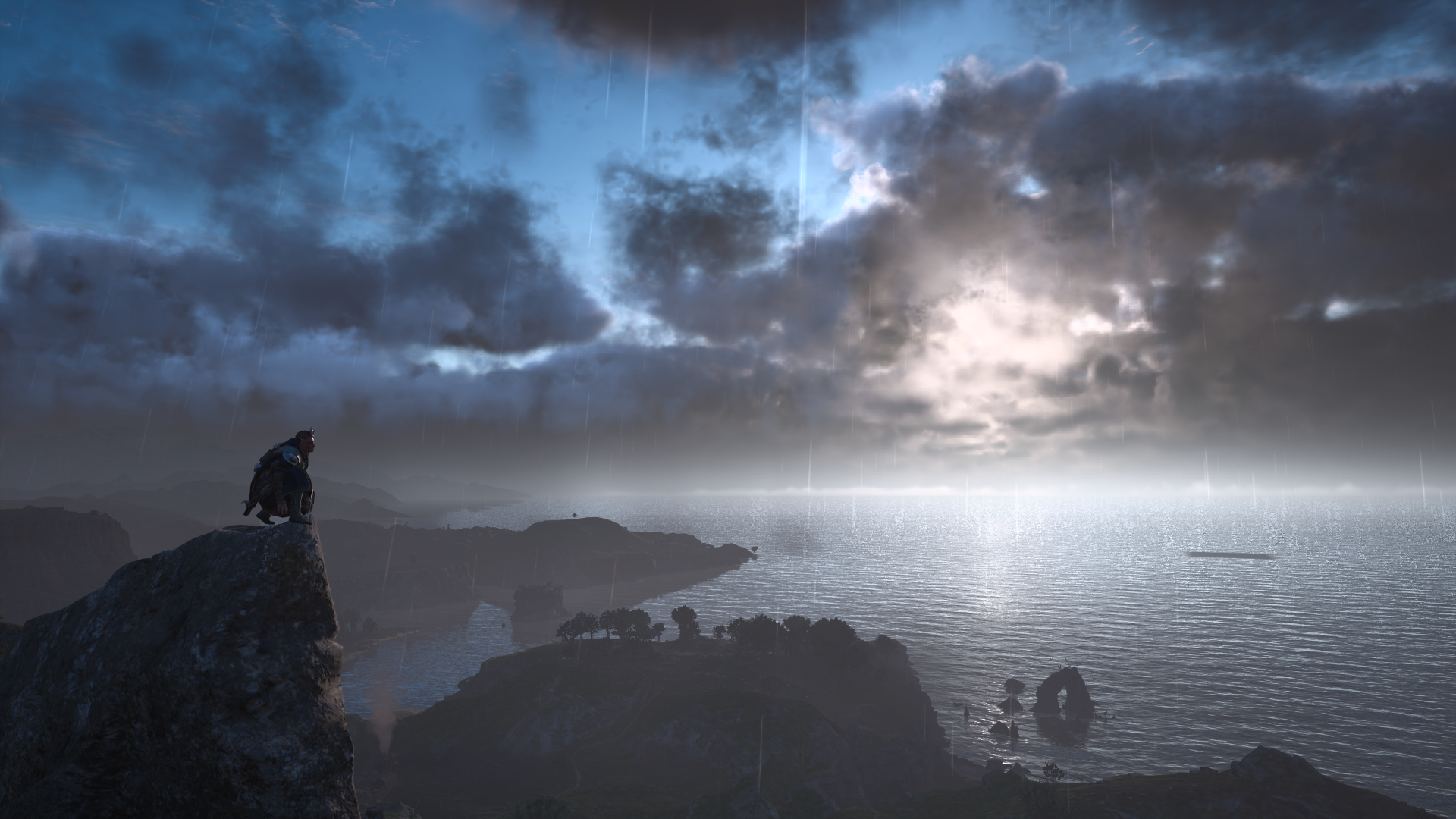 Last year Ubisoft was in a strange situation (weren’t we all?) where they had a bunch of delayed games hitting the market more or less at the same time. Fenyx Rising, Watch Dogs Legion and Assassin’s Creed Valhalla all launched in something like a two month span. That’s a LOT of open world to cover.

I’ve so far bounced off Fenyx, but I played Legion & Valhalla to completion of their storylines. They were both OK. I mean, I enjoyed them enough to finish them.

Time passed, and both games got DLC expansions. Bloodlines for Watch Dogs and Wrath of the Druids for Valhalla. I played through both of those too, and in both cases I liked the DLC much more than I liked the base game.

Bloodlines brings back familiar characters from the first two games in the series. Aiden Pearce was the protagonist in Watch Dogs 1, and Wrench was a main NPC in Watch Dogs 2. Instead of the ‘recruit anyone’ gimmick of the main game, you play the DLC as Pearce and Wrench. This makes for a more compelling narrative (presumably it’s a lot easier to write a story when you know which characters are going to be in it) and WAY better voice acting. Bloodlines kind of redeems the main game in a lot of ways.

Wrath of the Druids keeps you playing Eivor, your character from the main game, and instead gives you a new area to explore. You’re in Ireland helping High King Flann try to unite the realm. He’s being thwarted by a sect of druids, who take on the role of the shadowy cabal usually occupied by Templars or Order of the Ancients in AC games. The DLC also adds some new game systems, including some very light strategy/economic game aspects, and one very charming new NPC in the form of Ciara, a poetess voiced (and sung) by Julie Fowlis, who is a Scottish singer.

Damn I loved Wrath of the Druids, though every time Ciara started to sing I’d stop playing just to listen.

So to finally get to the point, I wonder why in both these cases the DLC are so much stronger than the main game, at least narratively speaking. Was it that the teams had more time to devote to the storylines, or was it just because they weren’t trying to fill 100 hours of content?

Today the second DLC for Valhalla, The Siege of Paris, launches, and I’m really interested to see if it is as good as these other two DLCs have been. (There’s more Watch Dogs Legion DLC coming too, I think.) Maybe Ubisoft would be better served to just release anthology titles with lots of shorter storylines rather than trying to make one story that struggles to hold the player’s attention for 100+ hours?

2 thoughts on “Wrath of the Druids and Bloodlines: Ubisoft Post-Launch Content”