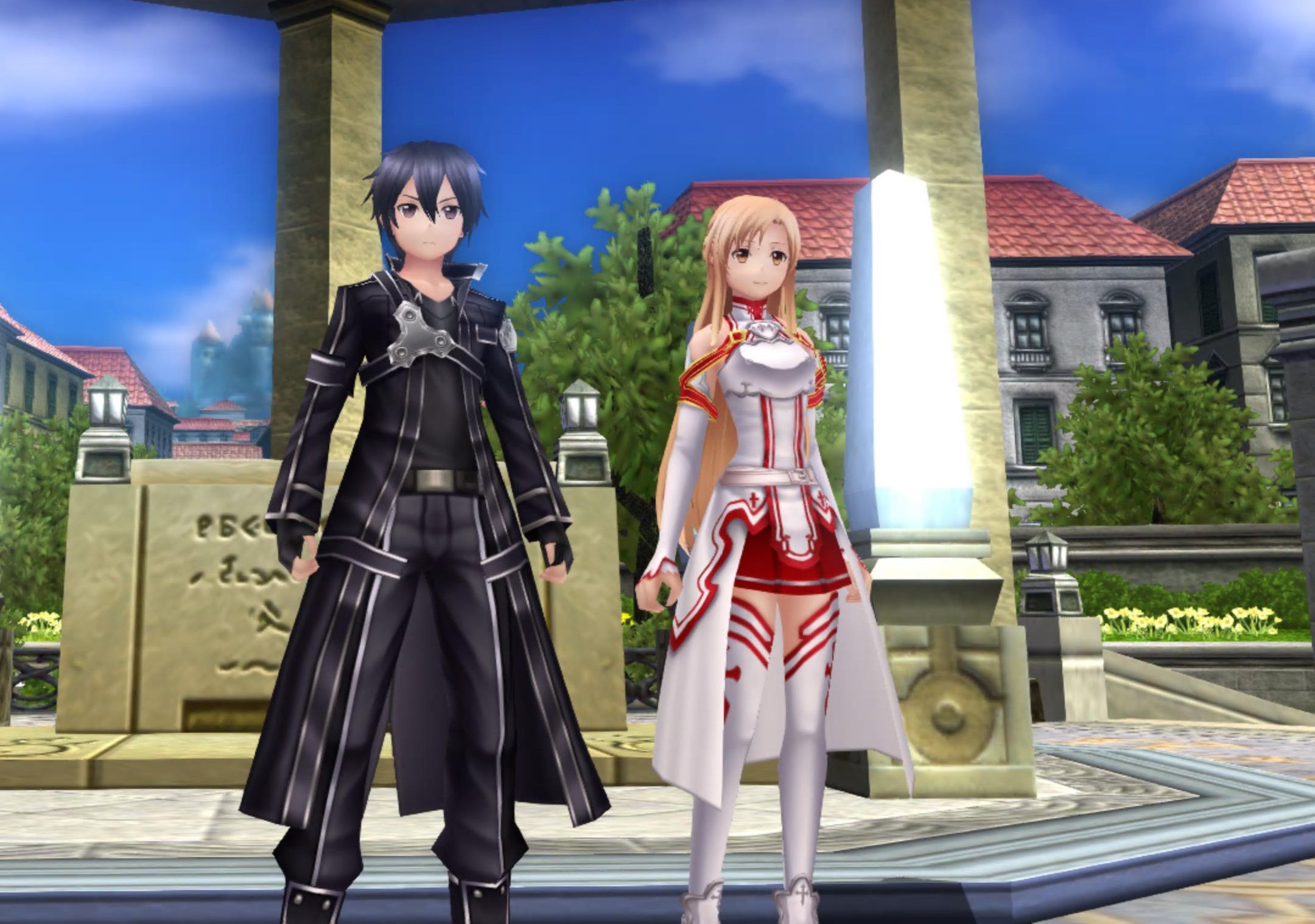 As I’ve mentioned a few times, I used to play a lot of MMOs before I drifted back towards solo gameplay. I do miss MMOs from time to time, and I’ve found a game that (sort of) let’s me scratch that retro MMO itch.

This isn’t something new, the game itself might be considered retro at this point. It’s Sword Art Online: Hollow Fragment (available on Steam or Playstation). Sword Art Online, of course, is an IP about gamers trapped in an MMO; one where death in the game results in death in real life.

SAO: Hollow Fragment originally came out on the Playstation Vita, I believe, and it definitely shows its age. It posits an alternate timeline that forks from the anime (sorry, I’m only familiar with the anime) at the end of season 1. When the game starts you & your guild are working on level 76 of Aincrad & still need to get to level 100 to be able to log out and return to your lives. You play as Kirito who has discovered a secret “Hollow Area” of the game where you meet some new characters and fight more difficult enemies.

I started playing this game probably half a dozen times before it finally ‘stuck.’ The biggest obstacle was that starting up is just like returning to an actual MMO after a long while. Kirito starts at level 90 with a bunch of skills and of course you, the player, don’t know how to use any of them. Sound familiar? That happens to me every time I return to an actual MMO after a long break.

Honestly the gameplay can feel pretty one-dimensional. You’re constantly fighting, often what we’d call ‘trash mobs’ in a real MMO. You get into a routine (or dare I say, a rotation) that repeats every time you encounter a new group of enemies. It’s not a game I can spend hours and hours playing because it gets a little dull. So I dabble in it and I’m slowly making progress.

But there are times when it SAO:HF reminds me of playing Everquest or something. The other day I was trying to get to a treasure chest but it was locked behind a door that would only open when the room was cleared of enemies. The enemies CON’d red and there were a bunch of them. The adjacent room had more level appropriate enemies so Kirito and Asuna (you generally play as a team of two) cleared that room first. Then (using a skill intended for just this task) Kirito started pulling the high level mobs, one at a time, into the now empty room so the duo could take them down. The fights were manageable even though the mobs were 20-30 levels higher than we were.

This was going pretty well until mobs started respawning in the empty room we were using as our fighting space, so “we” moved into a corner of the room with the high level mobs. Then I screwed up, hit the wrong command and Kirito charged INTO the enemies instead of pulling one towards us. Oh shit. Again, this brought back so many memories of someone accidentally aggroing a bunch of mobs in an actual MMO.

I spent the next 10-15 minutes in a white-knuckle battle where Kirito and Asuna kept dropping to maybe 1/10th of their health pool while I frantically tried to defend until my healing skill cooled down. Just when I thought we had it under control, the mobs started respawning.

Death in Hollow Fragment isn’t quite as harsh as it is in the anime, but it does reset you to the last time you entered a zone which meant dying would lose me a good bit of progress. We battled on, and eventually we cleared the room but only because I was using a skill that shunted all Kirito’s experience to Asuna (he was much higher level than she was) and just about every kill earned her a level so she was more powerful by the end of the fight than she was at the beginning. Got some decent weapons from the chest behind the magically locked door, then made a beeline out of that zone to trigger an autosave. Whew!

I don’t know that I’d really recommend SAO: Hollow Fragment unless you’re a fan of the anime and enjoy grindy games. I like it though, and that encounter just made me feel nostalgic for the old days of roaming around with my guild, getting ourselves into, and eventually out of, trouble. If you do want to give the game a try wait for a sale. It’s $20 on Steam but regularly goes on sale for $5-$10.

Here’s some random gameplay (against low level enemies), mostly I was seeing if I could let Medal.TV grab clips from Twitter then embed them here. 🙂

2 thoughts on “Old-School MMO Fun in a Single Player Game?”