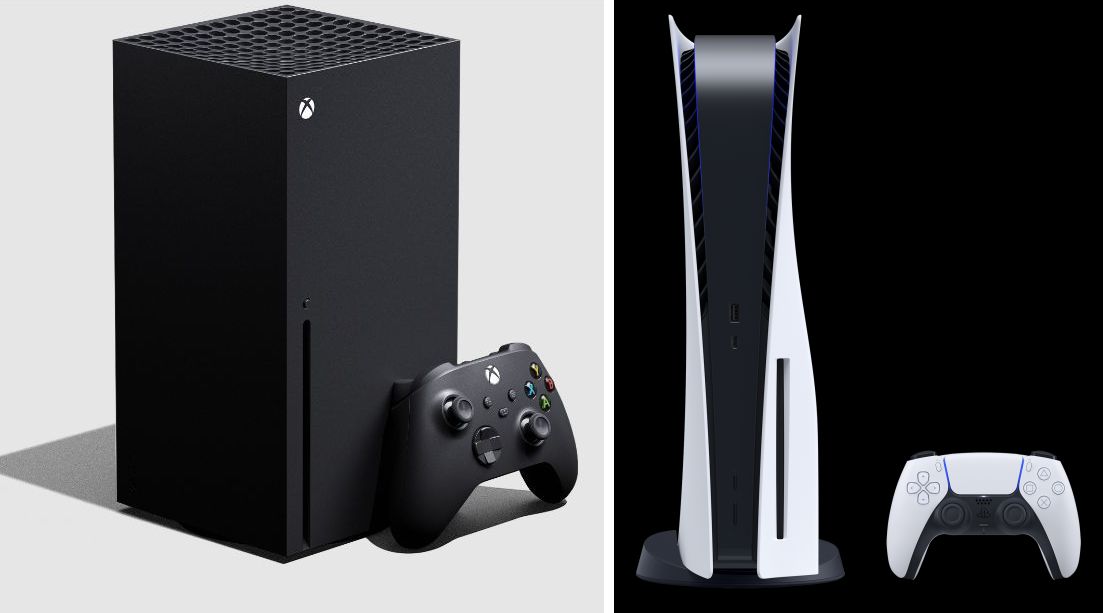 I was fortunate enough to get both an Xbox Series X and a Playstation 5 at launch, and as I’ve mentioned I’m primarily a console gamer. I thought I’d recap my feelings on the two machines. I’ve been meaning to do this since I hit the 6-month point with them but, y’know, procrastination.

I’m coming at this from the point of view of the average user. I haven’t counted pixels or connected meters and flux capacitors to the machines to measure anything. This is all my opinion and based on ‘natural’ observation.

Speed – I believe on paper the Xbox Series X is supposed to be capable of generating more speed, but in practical terms both machines feel similar to me. If a game comes out on both platforms I might wait to see what the pixel-counters at Digital Foundry have to say and then get the game on the machine that runs it best. That or wait for it to be on sale somewhere. Neither seems to dominate here so I’m calling it a wash.

Reliability – Most new hardware as complex as a game console comes with some minor issues. The Xbox Series X has been extremely reliable. Once or twice some sub-system would start to feel a little wonky, but a reboot has always cleared it up. I’ve had more issues with the Playstation 5, particularly right around launch. Most of these involved issues with external storage and for a long while I stopped using “Rest Mode” because when I woke the machine I’d be met with stern warnings about not shutting down properly and I’d need to rebuild databases and repair drives. This was happening when I was using an external SSD powered via USB port. I switched to an old HDD with its own power supply and the issue cleared up. I haven’t tested the SSD lately but overall, the Xbox wins in reliability. All that said, it’s not a huge win because both systems have been generally reliable and we haven’t seen reports of widespread issues with either platform.

Noise – I REALLY hate fan noise, and both these machines are essentially silent. This one is a toss up but both are FAR superior to the PS4, PS4 Pro, and Xbox One. (I did have an Xbox One X which was also very quiet.) I love how quiet these machines are.

Innovation – Giving this one to Playstation 5 because of the cool haptics they’ve added to the controller. Those can really change how a game feels, though I’m sure some gamers disable them because in many cases they make the game more immersive but more difficult. Both systems of course have fast SSDs and the difference in load times compared to the older consoles is astounding. Xbox has “Quick Resume” which is pretty handy; it allows you to basically ‘sleep’ a game without saving or shutting it down, and you can switch between slept games quickly. That’s a cool feature but not, in my opinion, as cool as the Dual Sense haptics on the PS5. PS5 controller also has a speaker and microphone in the controller, which is kind of neat.

Storage – Xbox wins. The Xbox Series X launched with a port for a ‘next gen’ 1 TB memory card. The PS5 has a slot for a 2nd SSD but they’ve just now rolled out a beta of the operating system that supports it; those of us not in the beta continue to wait to put this slot to use. You have to open up the PS5 to install this, which isn’t a huge deal but it’s a lot more work then inserting a ‘card’ into a slot on the back of the Series X. If you’re wealthy enough (right now a 1 TB expansion for either system is going to cost in the $200-$220 range since they use cutting edge SSD technology) you could even have a few expansion cards for the Xbox and switch between them.

Both consoles support external storage for ‘last gen’ games but again the Xbox wins. It supports multiple external storage devices. I have a 1 TB SSD for Xbox One games I’m playing, and a jumbo 8 TB HDD for long term storage. The PS5 only supports one external drive at a time.

Game Library – This is a tough one. The Playstation ecosystem has more flashy exclusives, though honesty not too many for PS5 yet. The Xbox has great backwards compatibility so you can play games from the Xbox, Xbox 360, Xbox One and Xbox Series X|S libraries all on this hardware and in many cases older generation games run better than they ever have due to framerate boosts and features like “Auto HDR” which adds HDR to games that never supported it.

The big thing is most Xbox games are also available on PC, so if you’re a PC gamer looking for a console to expand your gaming collection, Playstation makes the most sense for its exclusives. If you don’t have a gaming PC and want access to a large variety of games go with the Xbox because of the huge libary and because….

Game Pass – There’s no real comparison here. Only Xbox has Game Pass. Game Pass is a great value. For $10/month you can download and play 200+ games (including all first party Xbox games, which now includes upcoming Bethesda titles like Starfield), with new titles being added every week (though titles do leave eventually too). If you go up to $15/month for Game Pass Ultimate you can also play the games streaming on mobile devices and on computers via Xcloud, and you then get access to Game Pass for PC & get some PC titles as well. The prices I list are full retail prices and if you shop around or wait a bit, there are frequently sales and special offers. I usually pad out my subscription during Black Friday sales.

Sony does have PS Now, which is $10 month and is technically similar to Game Pass, but it features mostly back catalog titles. I have to admit I’m watching from the outside, but I do think PS Now is getting better. However at the time of this writing it can’t really compare to Game Pass.

Summary – OK that feels like a lot of words and I could keep on going, but I won’t try your patience. So if I had to choose one which would I go with? Probably the Xbox just because Game Pass is such a great value. There’s always something new to play. I’d really miss the PS5 though; it feels more ‘next gen’ than the Xbox Series X does (looks it too, for better or for worse…the thing makes a statement in your living room. It is HUGE.). Put it this way, if either of these consoles was stolen or destroyed somehow, I’d replace it. I really like having both. I do think for folks who are primarily PC gamers, Playstation 5 makes the most sense since you’ll get those exclusives that aren’t available on PC.