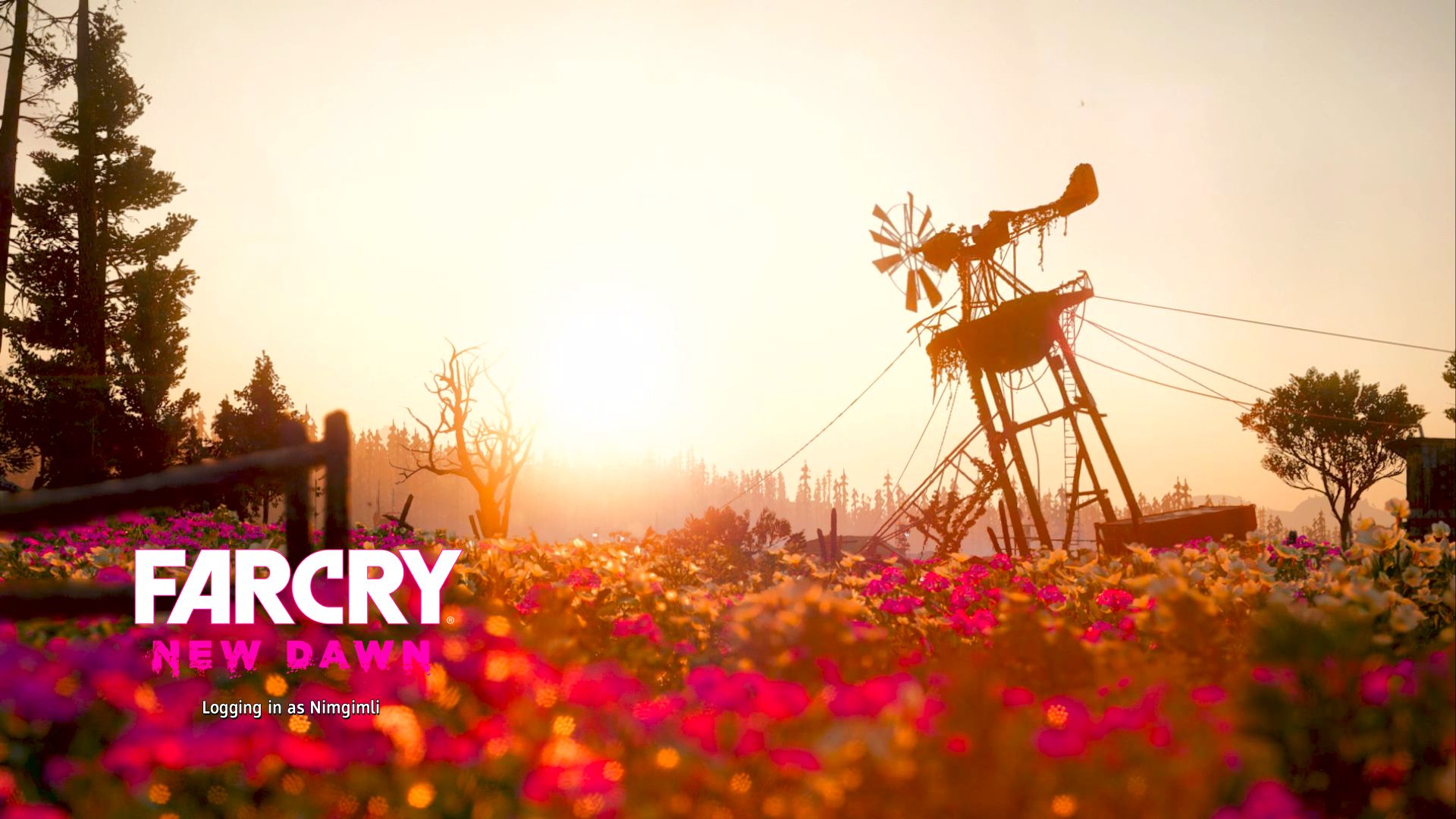 With Dragon Quest Builders 2 finally put to bed I was looking for a new game to fill its slot. Far Cry 6 is coming this Autumn and I realized at some point I’d picked up Far Cry New Dawn for cheap so figured it’d make a good candidate.

New Dawn is the sequel-of-sorts to Far Cry 5, which I played so long ago that at this point I’ve forgotten many of the details beyond Greg Byrk’s portrayal of violent cult leader Joseph Seed. Well that and lots of psychedelics (in the game, not in me…at least not this time).

Anyway New Dawn has an interesting game system I wanted to talk about today. I’m not claiming New Dawn invented the idea but it was new to me. It has to do with the Perk System.

New Dawn is basically an open world first person shooter, but there is some character progression via Perks. Perks are generally passive skills like the ability to move faster when in stealth, or the ability to carry more weapons or ammo. Since they are passive they seem at least technically optional, which may become important later in our discussion.

You unlock Perks via spending [surprise!] Perk Points. So far, this is all bog standard stuff. But what is a little different here is that you earn Perk Points via completing Challenges rather than (for example) gaining experience or spending currency.

OK so what are Challenges? Challenges feel a little like Achievements. You’ll complete a lot of Challenges organically. For instance I completed a challenge to defeat 3 bears because the bears in this game are mutated psychopaths that aggro on you for no apparent reason. “Jeez Mr Bear I was just walking down the road minding my own business, and now thanks to your anger-management issues you are dead and half my ammo is gone.”

I promise, I’m getting to the point.

Now let’s talk quickly about weapons. You can craft weapons in New Dawn, and weapons come in various quality tiers. At the start of the game you can only craft Tier 1 weapons, then you spend scavenged resources to upgrade your workbench and now you can craft Tier 2 weapons, and so on. (Crafting weapons also costs scavenged resources, and I should point out that you can also loot weapons from enemies.)

Back to Challenges. There are quite a few Challenges having to do with defeating X enemies with weapon Y. “Kill 5 Highwaymen with a Level 1 Melee Weapon” (Highwaymen being one of the main baddie factions in the game.) There seems to be one of these Challenges for each tier of each weapon type.

This means if you’re a completionist that wants to check off every Challenge (and earn all the Perk points) you need to craft (or find) one of each weapon type, at each quality tier, and use it to kill some enemies.

I chose my words carefully when I said this was an “interesting” system because I’m not sure that I actually like it. Maybe I do. Maybe you will and maybe you won’t. I tend to gravitate toward certain weapon types in games like this. I rarely choose to use a shotgun, for example. If a game offers a bow I will absolutely use it. But New Dawn is pushing me out of my comfort zone and I think that’s a good thing. It’s worth noting that I haven’t noticed any Challenges that require a large number of kills. They seem more aimed at getting you to at least try different weapons for a brief amount of time, not about forcing you to use a gun type you don’t like for hours and hours.

As I’ve gotten older I’ve tried to be more open-minded about games. When a new game throws something new at me and my gut immediately says “Oh hell no!’ I try to stop, take a breath, and give this new thing a chance. That’s definitely the case here, and after that initial resistance (“Shotguns stink! Rocket launchers are crass!”) I think I do like this system.

I also think it is important that (I’m fairly sure) you could beat the game without Perks, or certainly without ALL the Perks, and you’ll earn a certain number of Perk Points organically as you play. So if this “use all the weapons” system truly bothers you I think you could just ignore it. I wouldn’t let it prevent you from trying the game if Far Cry is your kind of thing.