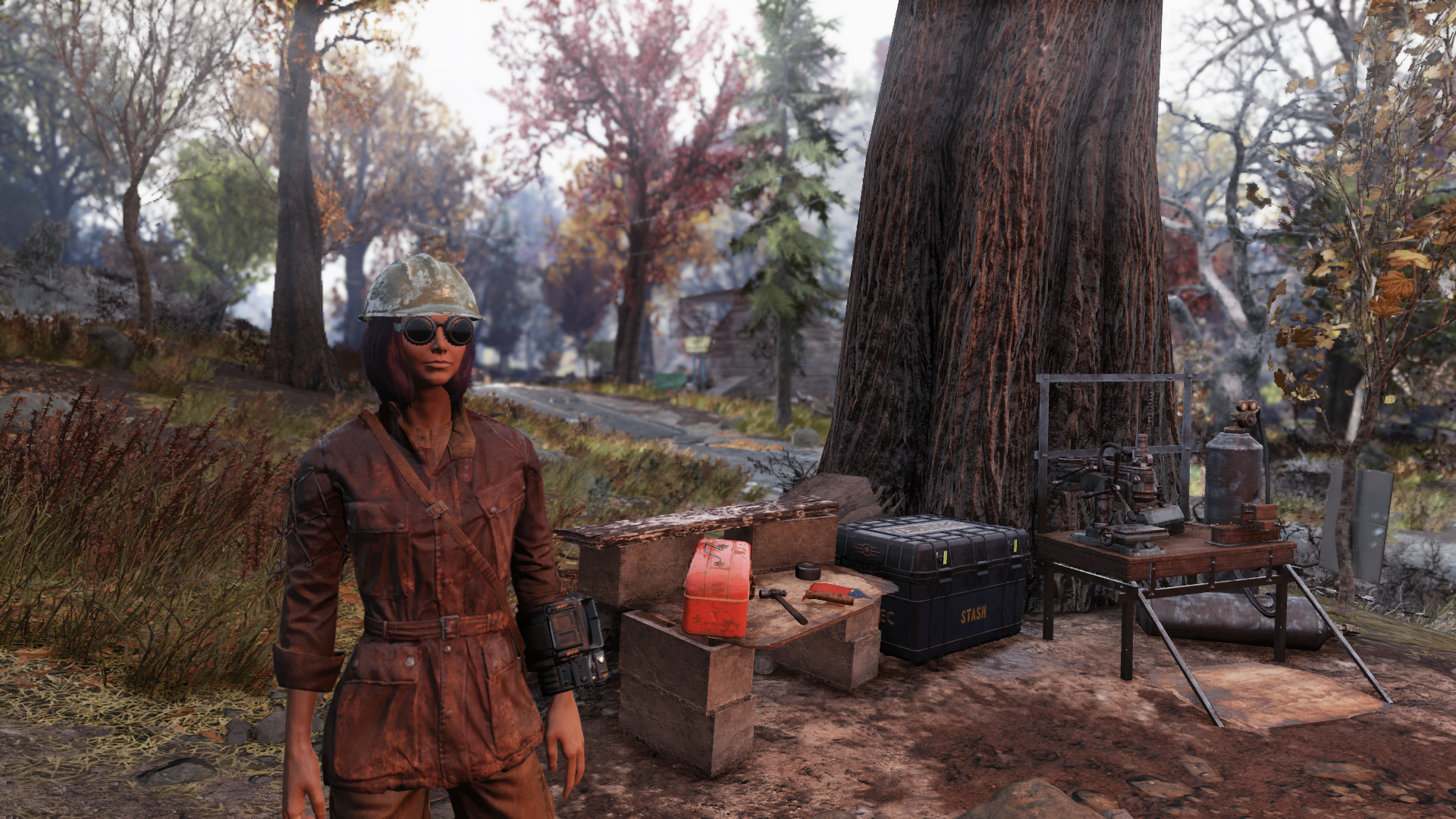 I bought Fallout 76 for the Xbox One X when it first came out. BIG mistake. But you know that drama. The game was janky as heck, and the design had some major flaws, the biggest one being no NPCs. There’s nothing more depressing than doing a bunch of quests to track down people when you (the player) already know you’re just going to find their desiccated corpses.

Bethesda got the message, and it took them a year and a half but recently they rolled out the big Wastelanders update that adds NPCs, more quests and more things to do. It has improved the game a ton (though the jank, while better, certainly hasn’t been eliminated).

I started playing again and I was liking it OK over in Xbox-land. This past weekend Bethesda had a free trial weekend, though, and on a whim I decided to download it on PC. I generally prefer gaming on console to PC (that’s a whole other post) but this time, wow, is Fallout 76 ever better on PC. The graphics are way better and using a mouse & keyboard, particularly when building your CAMP, is so much less frustrating. I know, I know, most of you PC gamers are saying “Well duh” but I generally use a controller even on PC. I find them much more comfortable.

Anyway, I decided to fully commit to the PC version, and snagged a copy while it was on sale for $30. It was a good time to make the switch since along with the free-trial weekend was a double-experience event, so I’m already higher level (all of 14, so still very low) than I was on Xbox where I’d started a new character for Wastelanders. I’m not as far along in the quest lines, but I’m higher level.

In fact I’m liking Fallout 76 so much I may go over to the dark side and buy a month of Fallout 1st, their much reviled “pay-to-win” (I guess?) system. I was thinking about buying some “Atoms” (their RMT currency) anyway and you get more with a month of Fallout 1st than you’d get buying the Atoms directly, plus you get some other nice perks including Private Servers and a Stash Box that sounds a lot life the Crafting Bags you get with ESO Plus for The Elder Scrolls Online. I don’t fret much about whether something is “pay-to-win” since I play solo anyway. Mostly I just want to make my CAMP look prettier by buying some cosmetics from the cash shop.