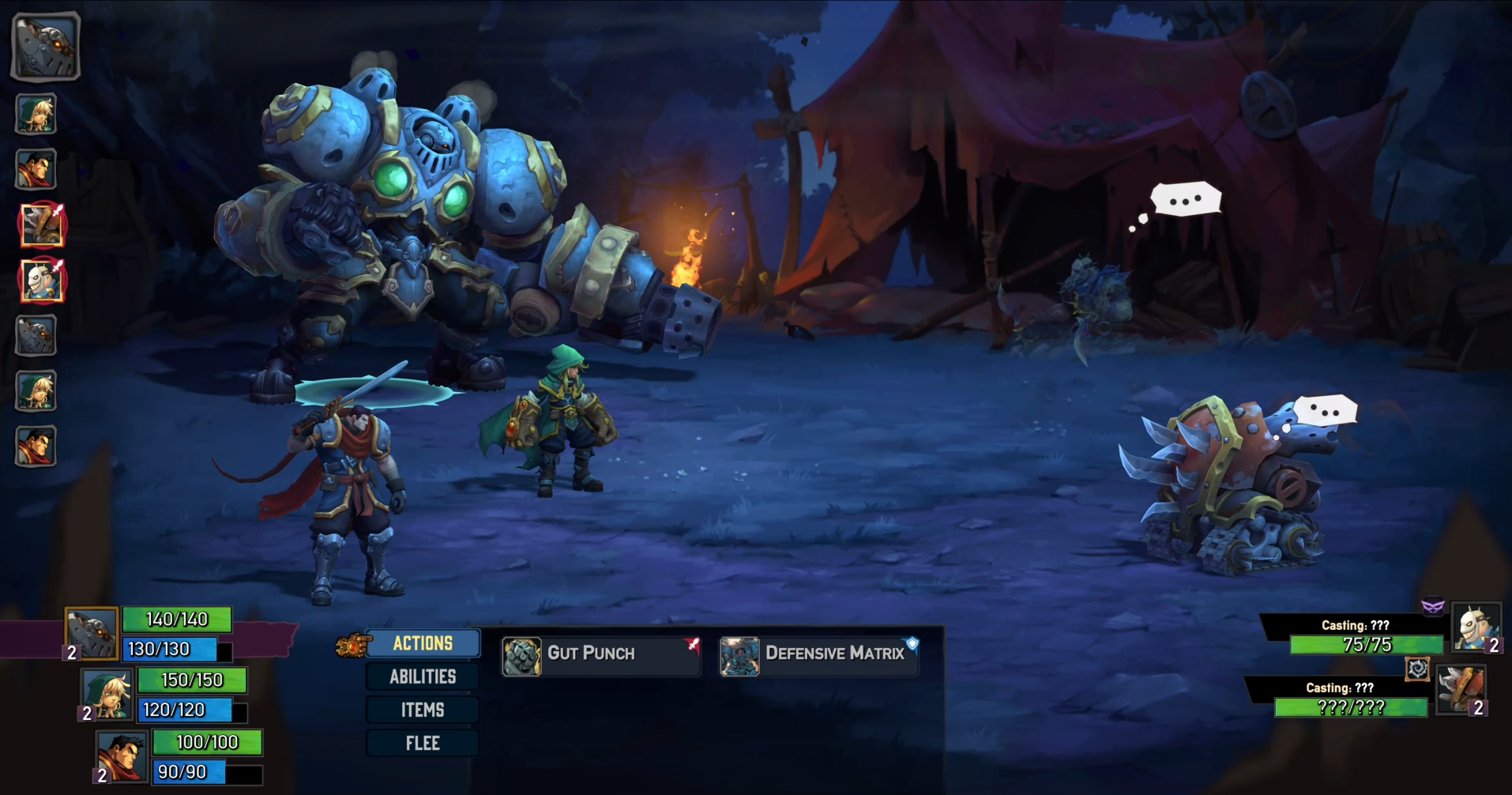 I’m a subscriber to Microsoft’s Game Pass Ultimate. This is a “Netflix of games” kind of service that gives you access to a ton of games on Xbox and Windows. It also, kind of incidentally, also has something called Game Pass Quests.

These are (usually) simple tasks that earn you Microsoft Rewards points. There are daily, weekly and monthly quests and they all involve Game Pass titles in some way. One of the weekly quests this week was to earn 15,000 EXP in Battle Chasers: Nightwar. I had no idea what that was, but I installed it just to get those points.

What’s it all about?

Turns out it’s a turn-based RPG and so far I’m really digging it. Now take that with a little grain of salt as I’ve only put an hour or so into it, but it has everything I love: a gorgeous art style, gear to chase, characters that seem interesting (I love that the beefy war golem is the first character you get who can heal), crafting, and it seems, the ability to grind if you enjoy that (I do).

The game takes place on (at least) 3 ‘maps’. There’s a world map where you have to follow roads and often have quick encounters that you can’t avoid. There are ‘exploration areas’ that look like an ARPG, though you don’t actually battle in them (but do explore for hidden loot), and then there’s the battle screen which is a side-view layout for the turn-based combat. There are also dungeons but I haven’t seen one of those yet.

I don’t want to go too crazy talking about it until I get a little further in but did want to mention one little nuance I’m really enjoying and that’s mana management.

Each character has actions and abilities. Abilities do more damage but use mana. Mana doesn’t replenish unless you quaff a potion or rest at an Inn and you don’t seem to have a ton of it. Normally you’d run out pretty quickly, but characters also have actions. These do less damage (or none, some are defensive) but build “Overcharge” which is a surplus pool of mana that only lasts for the duration of the battle. The idea is, you do a couple of light attacks (actions), each of which generates (for example) +10 Overcharge, and then you can use an ability that would normally consume 20 mana, but instead it’ll consume your Overcharge and you can save your mana for later battles.

It’s not an earth-shaking idea but it does add another layer of strategy to the battles since Overcharge is a ‘use it or lose it’ resource.

So early days, but I’m liking it a lot so far. If it sounds interesting, you can probably play it since its available for PC, Xbox, PS4, Switch, iOS and Android. You probably have hardware you can run this game on. It’s not a new game (first release was PC in 2017) so you should be able to find it on sale somewhere. Or if you have Game Pass, play it for free on Xbox or Windows!