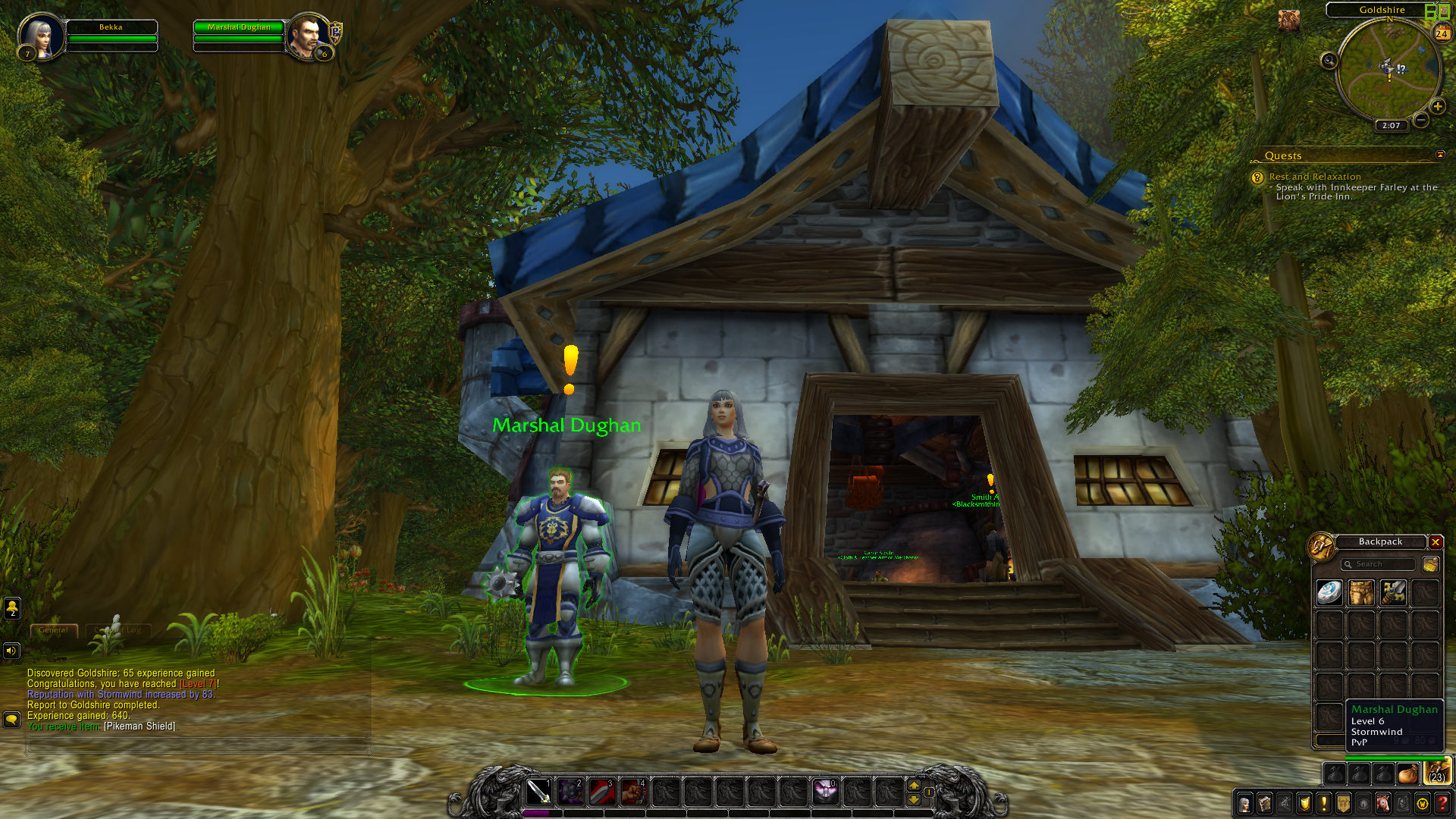 I was a very early adopter of World of Warcraft. Thanks to a friend I played in the Friends & Family alpha and I kept playing pretty heavily until Burning Crusade came out. Then I quit, for reasons I don’t recall.

In the years since I’ve gone back a few times but it always felt…lonely, I guess. When I was hardcore in WoW I was in an active guild and we would play and chat for hours and hours. One of the few times in my life I’ve found a gaming group I really fit into.

Going back and them not being around was like going back to your hometown and visiting your old hang-outs, but your friends were no longer there.

Every so often my Twitter timeline has a surge of folks who’ve gone back to WoW and I generally ignore them. For some reason, this time my FOMO overcame my reticence and I logged back in.

It’s a much different game

A LOT has changed in the 13-ish years since I played seriously. I DO remember going back after Cataclysm and HATING it. I zoomed through zones so fast and leveled so quickly it just felt frantic and bland. I’m that (apparently) rare player who enjoys reading the quest text and enjoys the leveling process and just exploring.

This time back, I started a level 1 character, human, in Elwynn Forest, same as I’ve done a dozen or more times. Difference is, this time I’m really enjoying myself. Maybe its just been long enough that I don’t feel lonely any more. Or maybe its the system itself.

The biggest change is that zones now scale. I can putter around Elwynn as long as I like and the mobs scale to my level, which keeps the gameplay really fun. I much prefer this to having a bunch of ‘gray’ quests to kill trivial enemies, and I like that I don’t feel pressured to move to the next zone. There’s a 100% experience buff so I am leveling like mad but Elwynn remains a place where I can and do die if I’m not careful (bloody murloc swarms).

It is also really quiet in the low level zones. I DID try to return when WoW Classic launched and the newbie zones were packed. Chat was so toxic I immediately turned it off, but I couldn’t turn off competing for spawns and being annoyed at knuckleheads cavorting around like a bunch of 8 years olds that just came home from an ice-cream eating contest where absolutely nothing was sugar-free.

I have nothing really earth shattering to reveal about a game this old that has been extensively covered my just about anyone who writes about games. But if like me you’ve been away for a LONG time, well…it just might be worth it to take another look. You can play to level 20 for free, so it won’t cost you anything to try. You might find there’s some fun to be had.