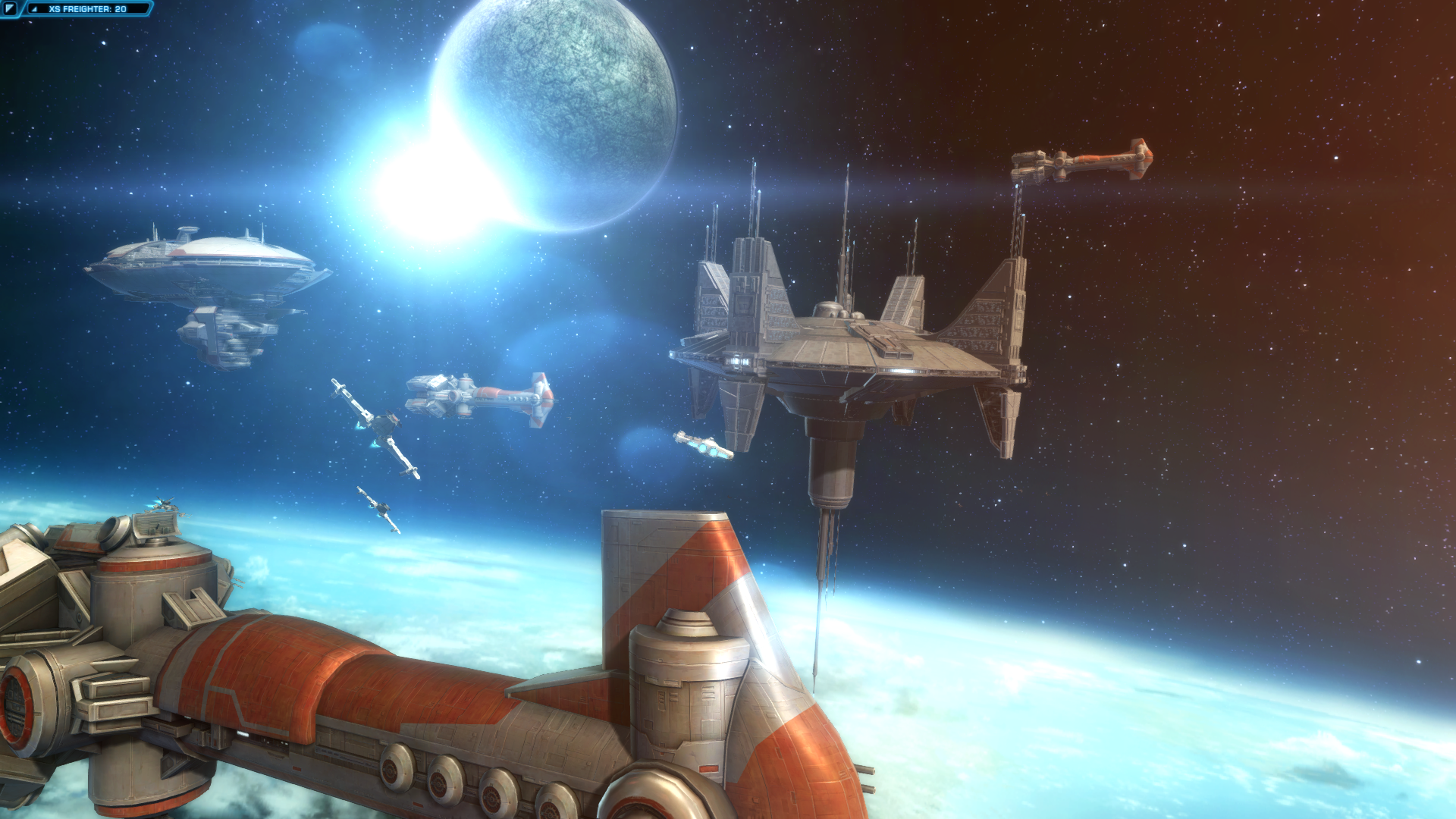 I’ve been meaning to write this post all week but never did because I kept forgetting to take some good screenshots to support it. I still haven’t but y’all know what Star Wars: The Old Republic looks like anyway, right?

Without really planning to, I’ve been taking a tour of old MMOs for the past month or so. Last week I noticed a few friends have been playing SWTOR, then the trailer for the next movie came out, and I figured “Sure, why not?” I’d only gotten it installed when the Star Wars Celebration Event (that I was unaware of) kicked off and suddenly my Star Wars interest spiked.

My old, old account was protected by a security key which I couldn’t find. It was from back when they put a piece of hardware in the game box (yes, younglings, games used to come in boxes that you bought at a shop) to help you secure your account. Best guess was I’d have to call support to get that account back so I said “Heck with it” and bought a starter kit that came with 60 days of game-time for less than what I would’ve normally paid for 60 days of game-time.

Anyway, so new character on a new account. I’d forgotten about the Legacy System where all your characters contribute to leveling up and unlocking things or I might’ve made the effort to recover the old account. Eh, water under the bridge now.

Bioware has put out a few expansions since I played and they REALLY want you to play this new content. You can create a character ready for the new content (level 50 or something) but I created a basic level 1 character. I can’t handle jumping into a game and being handed 2 dozen skills all at once.

Still Bioware pushed. There is a permanent 200% experience bonus while you play the vanilla content, and by default side quests aren’t shown on the map. They want you to just play your story missions and the main storyline for the planet you are on. I’m way too OCD for that so I turned on the side quests and jumped in.

Generally speaking the game holds up pretty well. All it would take is a high-definition texture pack to make it look quite good. The kind of stylized design of the characters ages well, but the armor and weapons could really used some more detail. It’s an old enough game that when it detected my graphics card it said “Gosh I have no idea” and set everything to “low” but I toggled everything to max settings and holding 60 FPS is not a problem.

Gameplay-wise, this vanilla content is very easy since you’re leveling so fast. By the time I left Coruscant, the first ‘main’ planet in the storyline, I was level 35. The game auto-scales you down (to 18 on Coruscant) but you’re still a beast. My companion even more so. If I set the companion to heal I almost think it would be impossible to die, but I haven’t tested this. The only enemy I didn’t try to kill on Coruscant was the world boss. Everything else, including heroic missions, was a cake walk. Too easy, really.

They’ve also added a solo mode to flashpoints, the “dungeons” in SWTOR. Originally designed for groups of 4, you can now do them in solo mode with you, your companion, and a provided combat droid. This was very easy too, though it took a long time just because the enemies still have a lot of HP to burn through.

What is really saving me and keeping me in SWTOR is the story and characters. I’ve played through all of this before but it was such a long time ago that it feels fresh. (I’m also playing a female character which changes things a little, based on some of the interactions.) I may also be paying more attention to the story since I’m not looking over my shoulder to see if some NPC is going to kill me, or feeling like I’m falling behind my friends as they level quickly. There’s something to be said for the pure solo-ist lifestyle in a game with this much story/dialog.

My only real concern is that if I stick around long enough and get to where I’ll have to actually fight smart I won’t know how to. I specced my character as a healer (way out of my wheelhouse) because I thought I could practice on my companion as I go along, but I’ve had the opportunity to heal him maybe 3 or 4 times, he’s such a beast.

But knowing how flighty I’ve been recently, that’s just borrowing trouble. I may never get that far. For right now I’m enjoying plowing through this content, meeting nice (NPC) folks and bashing the villains. I have my ship, a nice apartment, a couple of companions, and a shiny blaster. What more could a Scoundrel like me want?

2 thoughts on “Return to SWTOR”