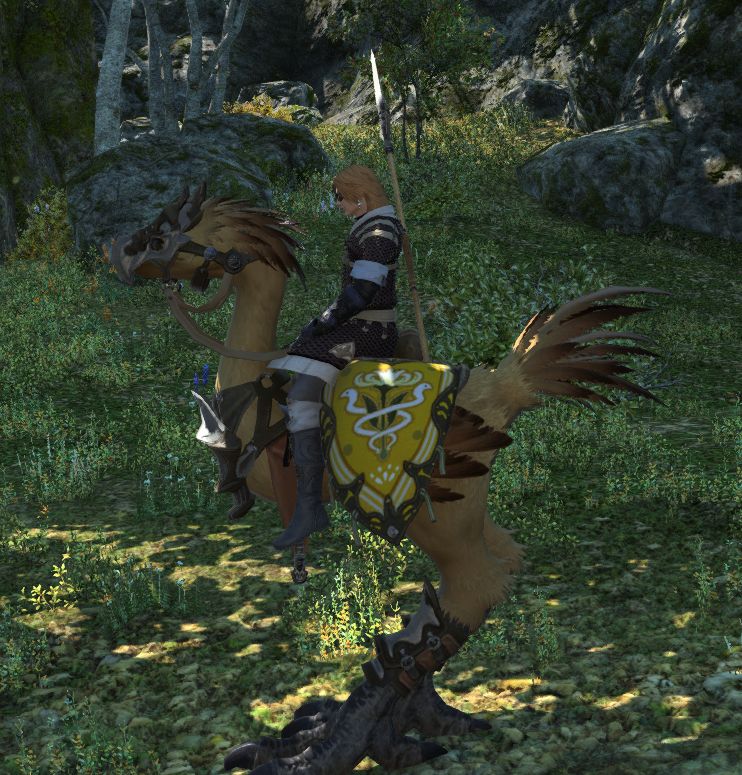 Recently Square Enix was running one of its “come back to Final Fantasy XIV” promotions. If you were a former player you could get a week of sub time just by logging in. As the period for this was winding down I figured “Hey free time, I better use it!” so I did.

I’ve always loved the world of Final Fantasy XIV. The weird creatures, the ridiculously overwrought dialog, the cute female characters [ahem, not sure I should admit that one]. For me it really leans into the “fantasy” part of the title.

I’ve always disliked Final Fantasy XIV because of the forced grouping. In order to unlock things in the game you have to follow the Main Story Quests and these send you to group dungeons fairly often. I simply DO NOT like playing with others, particularly strangers. It makes me super anxious because I’m afraid I’ll do something that negatively impacts other players and I hate looking stupid in front of people. [Yeah don’t think this stems from altruism; we all know me better than that. I just don’t want to embarrass myself.]

But I started playing and thanks to a “Preferred Server” buff I flew through the levels and the quests and within a day or two I was faced with queuing for dungeons. I summoned my courage, queued up, started sweating it out. When the Duty (as they are called in FFXIV) popped I almost declined it, but I didn’t. And I found that at this point you are essentially carried in low level dungeons. Bosses die so fast (since most of your party will by max level) that you don’t even have to worry about special mechanics.

This, I guess, is the beauty of FFXIV rewarding high level players to replay low level content. And for me it made a huge difference. That first dungeon wasn’t so bad. Just to be safe before I did another I watched some YouTube videos showing the special features/tricks of the next few dungeons, then I pressed on.

Before this gets stupid long, let me summarize. I learned that low level dungeons are generally stress free. I learned that letting folks know “This is my first time” often actually gets you helpful advice. And I learned that if the party wipes, it’s generally not the DPS dude’s fault (that’s me), it’s just over-exuberance on the part of the tank, and people shrug it off, slow down a little and finish the fight.

Somehow I’ve now gone from dreading these dungeon runs to looking forward to them. Now my gripe is that queue times are too long for a DPS and I’m thinking of starting a tank or healing job. Now I’m often the first guy who says “Hi!” in group chat; I’ve become, dare I say it? Social. I joined a Free Company (guild). I joined a Linkshell (group chat). OK so it is the Novice Network linkshell that is pretty impersonal, but still!

I feel like after playing FFXIV for a while, I’ll be able to go into any other MMO and queue up for group content and not sweat it so much. I’m sure at some point I’ll have that experience of someone getting mad and rage-quitting or calling me names because I suck, but already I have a nice body of experience that shows me that is the rare exception and not the norm. Honestly for the most part, people don’t talk at all except maybe a hello at the start and a ‘thanks for the party’ at the end.

That said, I’m still having a blast with FFXIV. I’ve re-subbed and will keep playing for the foreseeable future. Which reminds me, I should probably cancel my SWTOR subscription. 🙁

3 thoughts on “Final Fantasy XIV makes me a better person. Sort of.”