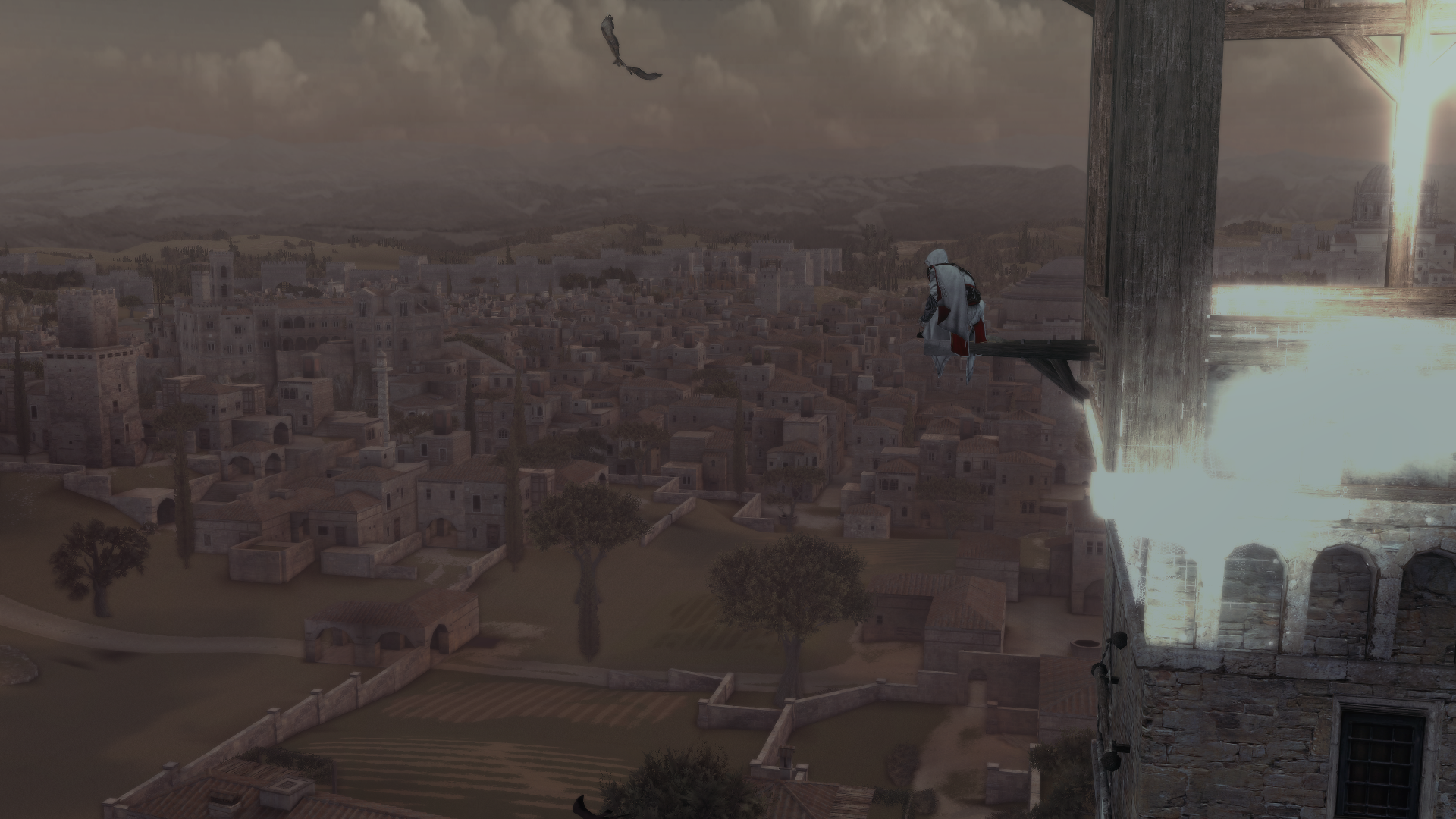 As of January 1st of this year I owned 6 or 7 Assassin’s Creed games for some reason. I’d never finished any of them so I’m not sure why I kept buying them, but I did.

Earlier this year I finally did finish Black Flag but at the time I attributed that to it being 1 part Assassin’s Creed, 1 part pirate game. But I did note that the sense of history grabbed me too.

Now I’ve finished my second Assassin’s Creed game, Assassin’s Creed II, and I think I’m hooked. Once again knowing the characters (and the locations) from my limited historical knowledge definitely played into my enjoyment of the game. I’m sad to admit that knowledge actually came from a couple of dramas I’ve been watching on Netflix (“Medici: Masters of Florence” and “Borgia”), but at least I knew the broad strokes about which families hated which other families and how corrupt things were. Borgia in particular taught me to dislike Ezio’s main enemy, Rodrigo Borgia.

The writing/characters were great too. In one scene, hot-tempered Caterina Sforza is on the roof of her keep, shouting down at enemy soldiers. The enemy commander says he has captured her children and he will kill them if she doesn’t open the gates. She blusters back “Do with them what you will!” Then she hoists her skirts to expose her knickers and shouts “I have the means to make more!” And of course then turns away and bids Ezio to please save her children. When Ezio finds her daughter, the little girl has her mother’s spirit. She is constantly berating the soldiers keeping her captive and one of my favorite lines is “I’m bored! I need something to do until you are killed!” Minutes later Ezio, of course, kills them and saves her.

I dunno how well this translates, but even with the dated graphics I really felt attached to these characters and wanted to help them. I also found myself looking up the characters on Wikipedia to see what had happened to the real people these characters represent. Pretty cool stuff.

I remember when the first Assassin’s Creed was coming out, the developers talked about how they’d tried to make the city of Acre as historically accurate as possible. While I thought that was cool, I didn’t even know Acre had been a city. But AC2 goes to Florence and Venice; cities that have at least a bit of resonance with me. I think that helped too.

I don’t think I’ll ever play through the original Assassin’s Creed unless they do some kind of re-master at some point. People seem to think the series took a big jump in quality with AC2 and it’s hard to go backwards in a series’ history (for me). But after I finished AC2 I jumped right into Assassin’s Creed Brotherhood where Ezio continues to pursue the Borgia family, this time in Rome. Again it’s fun to be in this world…I mean I’m climbing around on the Coliseum right!? I’m notoriously fickle but as of now I intend to keep with the series through AC: Revelations once Brotherhood is complete, and I’m happy to know AC3, AC: Unity and AC: Syndicate are all out there waiting for me (though I only have AC3 as a backwards compatible title on the Xbox One so we’ll see if it’s actually playable).

Now all that said, I’m a little concerned about Assassin’s Creed: Origins coming out this fall, for a few reasons. First it’s set in ancient Egypt, which I know nothing about. I mean I know the pyramids and a couple of pharaoh names but beyond that? I fear it’ll be a bit like Acre was in not hooking me historically. Second, they seem to be veering away from the historical side of things. I’ve been watching some previews and interviews and the assassin in Origins has things like a shotgun bow (shoots 5 arrows at once) and weapons with elemental effects, like a knife that sets enemies aflame. There was also a monster in the reveal trailer iirc: a giant snake or something. Though that could have been in a hallucination or something.

I’m still looking forward to Origins but not so much from an “Assassin’s Creed” point of view as just for an open-world adventure point of view, if that makes sense. Other changes I’ve noticed are swapping out the mini-maps for a Fallout/Skyrim-style compass with icons, the addition of some kind of crafting system, RPG-style levels and a pretty robust loot system with tiers of rarity. So I think it’ll definitely be a fun game, but I don’t think it’ll have that historical connection that I’m suddenly enjoying in Assassin’s Creed games.

As always, I am late to the party. But at least I still have a bunch of the old AC games to play!