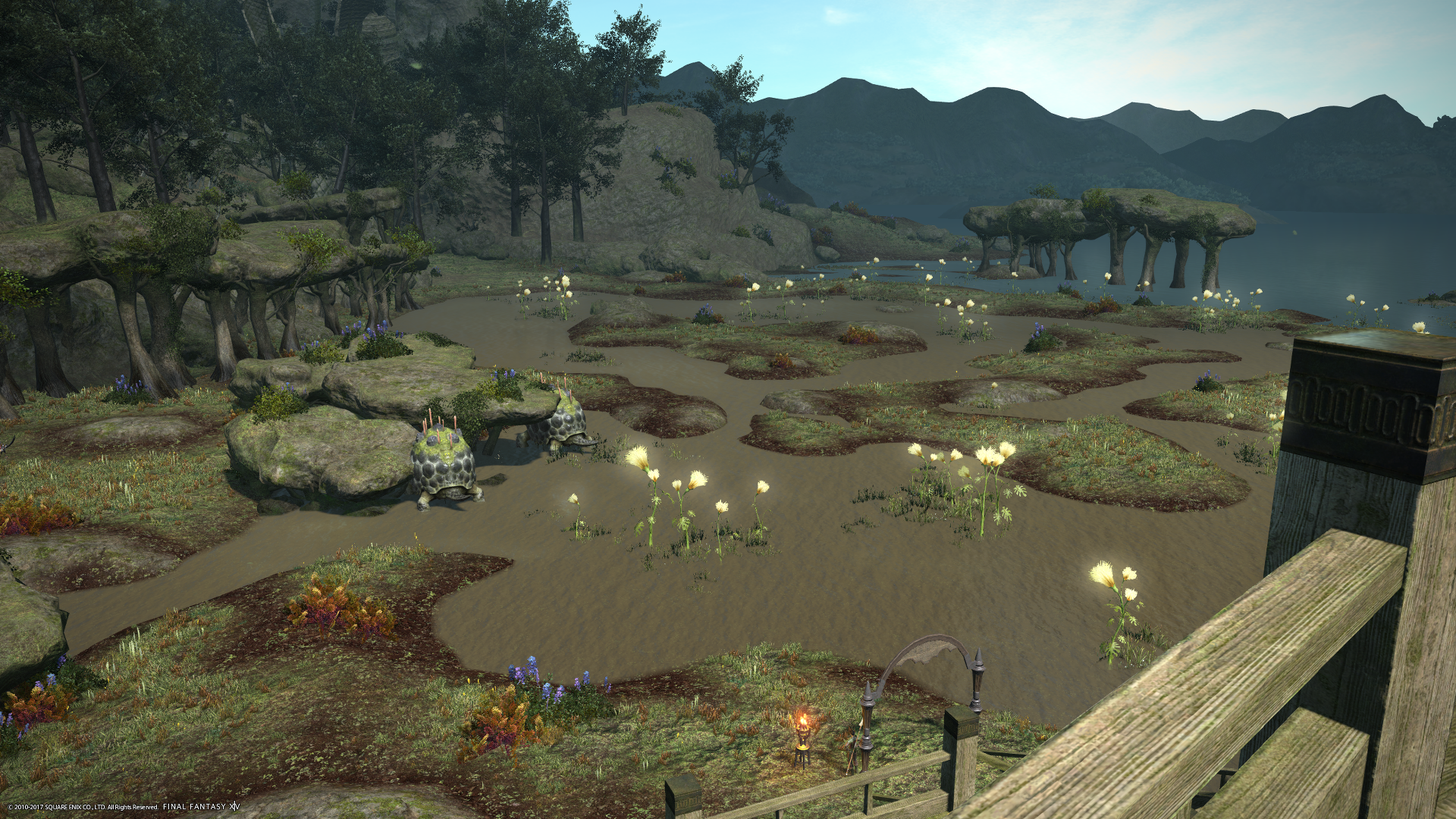 In a way I picked the worst time to return to Final Fantasy XIV. There’s a new expansion officially out on Tuesday and early access started Friday, I believe. Not only does this mean the servers are congested with login queues and disconnects, but the game was down for a full day. Once you get logged-in, dungeon queues for us LOLDPS noobs are extra long since the expansion added two new DPS jobs and lots of people are trying them out, ergo more LOLDPS dorks fighting over the slots made available by the tanks and healers.

All this would be fine if I’d come back for Stormblood (the new expansion) but I didn’t. FFXIV expansions are aimed very squarely at level-capped characters as far as I can tell. I haven’t bought the last expansion yet (there’s very little in it for people like me) let alone the new one. So first I have to “finish” the base game and then I can buy and play through Heavensward and only then will Stormblood be on my mind.

So that’s a lot of bitching in a post I wanted to write because I’m having so much fun! In spite of the crowds and all that, I’m really glad I came back to the game. I’m playing it mostly on my terms, which means I’m not racing for level cap as fast as possible. I play FF XIV because I’m delighted in the world. It feels a little like a virtual Renaissance Faire to me, with the NPCs and their overwrought dialog, and of course all the crazy costumes.

So sometimes I ride my chocobo from one citystate to another just for the fun of seeing what I’ll see along the way. Today I decided to take up carpentry, and one of my first tasks was making maple shields. I could have purchased the material but where’s the fun in that? So I went off to train as a botanist so I could go gather maple logs to make into maple lumber. Then I needed bronze rivets, which required becoming a miner to gather copper and tin ore, then becoming a blacksmith to smelt that ore into bronze ingots, and from there to bronze rivets. Then I finally went back to the Carpentry Guild and made my shields.

Now clearly that’s not an efficient way to play and it’s not something I would do if I seriously wanted to level up carpentry, but for me it was fun to do. That’s pretty much my FF XIV philosophy: do what’s fun.

Now I DID join a Free Company (guild) after one of the Mentors reached out to me. She happened to contact me just as the Novice Network that I talked about a while ago took a turn for the worse as more and more noobs/returners piled in and started treating it like general chat. She told me her Free Company was a ‘learning FC’ so I joined. I’ve since learned that she just trolls the Novice Network for warm bodies, but it turns out I don’t care. I interact with them very little — the odd ‘hello’ or ‘goodbye’ — but I get some buffs from being in the FC and now I don’t constantly have to deflect random FC invites. I know they’re recruiting in an attempt to get enough people to do Stormblood content and that’s never going to be me, so I might get booted. Or maybe not. They all seem pretty chill. Whatever happens is fine. I guess they have a guild hall and stuff but I haven’t gone looking for it.

One of my biggest beefs with FFXIV is that it forces grouping on you in order to unlock stuff like Chocobo riding. This time around I’m trying to roll with this stuff and it’s working OK. I’ve done 5 dungeons now and each has caused a little less anxiety. I’m getting better at targeting with the controller (I’m playing 100% on PS4) and I’ve been doing my homework and reading dungeon guides before I go into each one so I’ve at least had a clue as to what, if anything, I need to do special. So far (knock on wood) the PUGs I’ve been in have been silent beyond maybe a “Hi” at the start. No one has been yelling at anyone else. So far.

I bought a 60-day time card which at the time was kind of a bummer because I doubted I’d use all the time (I couldn’t find 30-day cards at Amazon) but it turns out I might. I mean I’ve still got a ways to go in the first month so things could change, but FFXIV might be what gets me through the summer gaming drought.

3 thoughts on “Putzing around in Final Fantasy XIV”