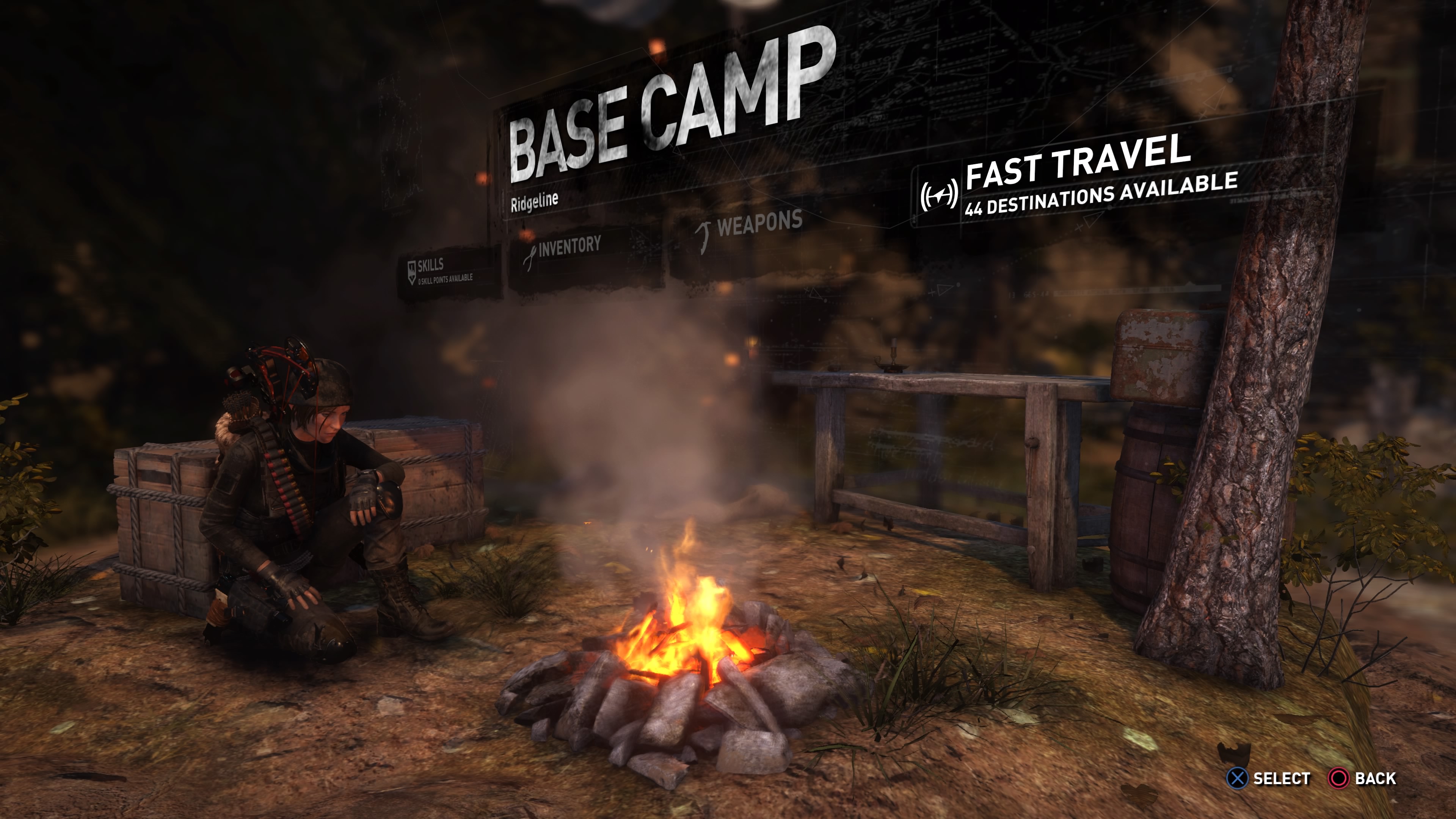 I finished up the story mode of Rise of the Tomb Raider last night. What a great game that was. If you’re not a Playstation owner and ever wondered what all the fuss about the Uncharted games is about, the modern Tomb Raider games are quite similar in a lot of ways. A fun mix of climbing around and exploring, solving puzzles, and combat. I love the Uncharted games so I guess its no surprise I love the Tomb Raider games as well.

I thought the mix of these three pillars was pretty good, but keep in mind my bias of enjoying the climbing and the combat a lot. I’ve heard some complaints there weren’t enough tombs to explore (I believe there are nine in all). Of course there are also what I call exploration puzzles. Lara is here, she has to get there, how’s she going to do it?

One of the nice mechanics is this kind of “Lara vision” that you can activate at any time. It shows you were you need to go next and highlights objects you can interact with and nearby collectibles. Lara will also give you hints if you’ve been in the same place too long, and this hint system is really good because they really are hints rather than explicit instructions. “I need to free this gear before that lever will work.” she’ll say, and then if you still don’t make progress. “Maybe if I got up higher I could find a solution.” In other words progressively more helpful hints.

RoTR is semi-open world. You have to move through the story to unlock new areas (or obtain new gear that lets you access previously inaccessible areas) but then you can fast travel back in order to do side quests or search for collectibles. I did a lot of this; I took my time playing. Maybe because of this I was over-leveled a bit. Lara earns experience points that she spends in various combat and survival skills, and she can craft better weapons as she collects more stuff. Whatever the reason I actually found the combat pretty easy on the “Tomb Raider” difficulty level, which was the default setting (there’s an even easier level called Adventurer). That was fine for enjoying the story (and it was a decent story) but I think it’ll be fun to play again with the difficulty bumped up.

I’d love to be sharing all my great screenshots from the end of the game but I was SO engrossed I forgot to take any!!! LOL

My post-credits save file says I’m 84% complete and I’ve barely scratched the surface on Trophies so there’s still a lot more to do. There’re also other modes, like a Survival Mode and Expeditions, which are replays of chunks of the game for high scores and stuff (at least that’s what I think it is, I haven’t tried those modes yet).

After the story is over you can jump back in and keep exploring and collecting and doing side-challenges and stuff. It’s a big game. Great value.

Overall, very very happy with this one.