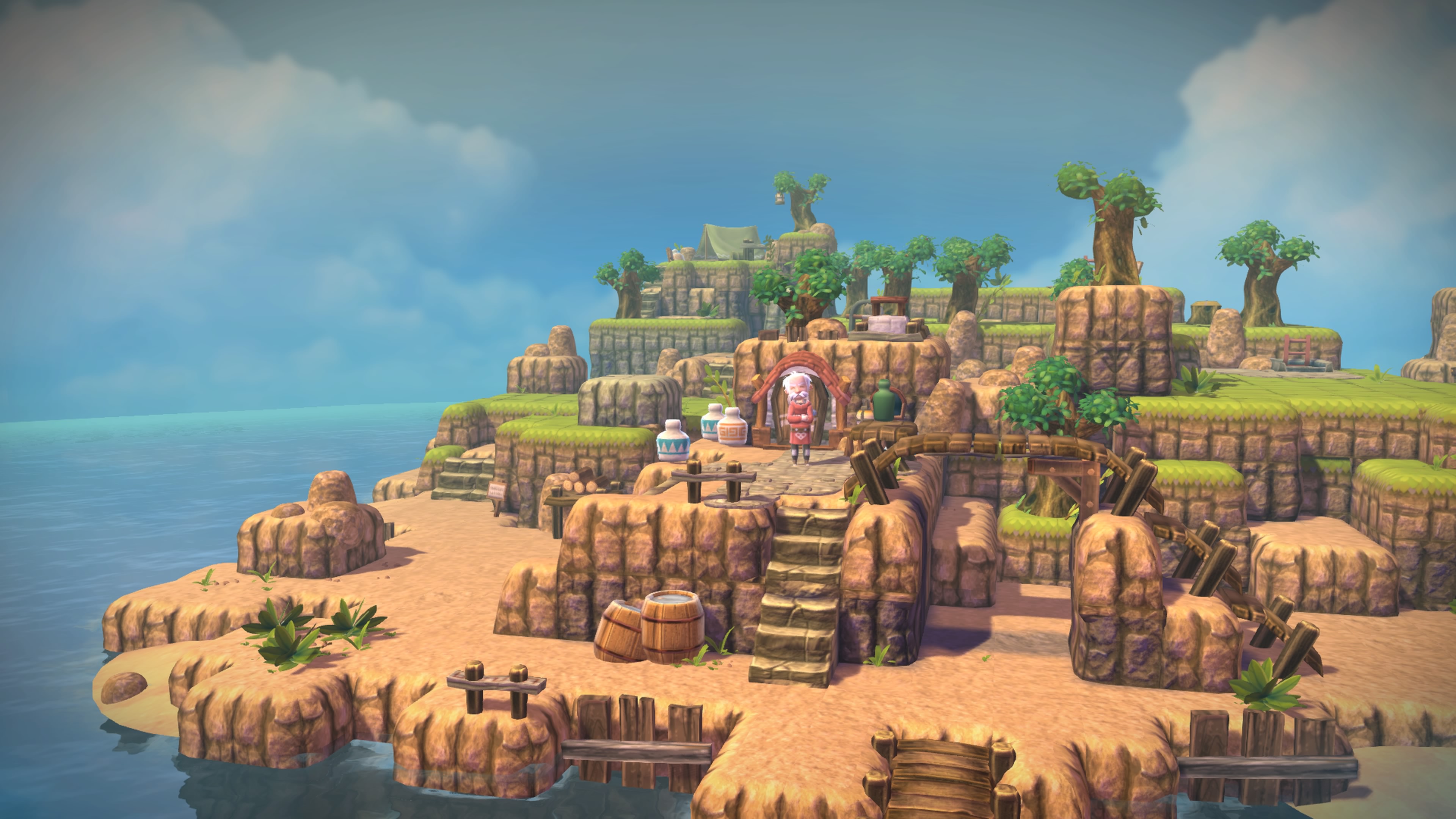 The other day I was watching a Playstation Access (my favorite YouTube channel) video about an upcoming game, Yonder: The Cloud Catcher Chronicles. But this isn’t a post about Yonder, which sounds interesting but isn’t going to be out for some time. At the end of the video Hollie Bennett said something to the effect of “If you like this art style and want to play something now, check out Oceanhorn.”

I checked out PSN and found that lo and behold, Oceanhorn was on sale. It’s $10.49 for regular folks and I think it was $7 and change for Playstation Plus members (it’s also available on Steam and Xbox One). For less than $8 I thought I’d give it a go. Now listen, I’ve played for less than two hours at this point and I don’t want to get too distracted from the games I’m trying to finish, but Oceanhorn is only on sale for a week. Just in case it’s someone’s cup of tea, I thought I’d share my very very early thoughts.

Oceanhorn feels a lot like an old Zelda game. Your health is displayed as a series of hearts and you collect heart pieces to extend your health bar. You run around swinging your sword at every and any thing, cutting down grass and what not in the hopes they’ll give up a heart or coin when destroyed. You can also pick up and throw pots and rocks, either just to smash them to see what is inside or as a weapon.

At first glance you might think this is a Minecraft-alike based on the blocky shapes in the world, but nope, you’re not building things. Each island (and rather than have ‘levels’ the game has islands you sail between) is kind of a maze of blocky corridors that you have to find your way through, and at least at the start of the game you can’t jump. Every ridge is an insurmountable obstacle and you’ll have to find ramps to get up high (though you can walk off a ledge to go down). This is made more difficult by the fact that you don’t have a proper map, just a little mini-map.

In some cases you’ll encounter sliding block puzzles that bar your way too, and they’re the kind where you can only push blocks, not pull them (so there’s always a reset button nearby just in case). Oh and you have the old “I need to find something to set on this pressure plate” kinds of obstacles, too.

Your ultimate goal is to travel the world to find magic gems that are going to help you defeat the titular Oceanhorn (a sea monster) and find out what happened to your father, but you know how that goes. The first island you visit has a destination you can’t reach because of a landslide. You need a bomb to clear that out. You get bombs at, where else, Bomb Island. So you get in your boat and sail to bomb island but the bomb merchant has no bombs because something has gone wrong in the mines. So you go into the mines and clear out the mobs and solve that mystery so you can get bombs to go back to the first island to get through the landslide, etc, etc. Once you’ve ‘unlocked’ bombs you’ll find them in the same way you find coins and hearts.

In the meanwhile you’re earning experience and leveling up, which unlocks new abilities or gives you other rewards (but with no choices involved, you get what you get). For example one of the early levels gives you a gun to fire from your boat as you sail back and forth (sailing is automated, at least in the early game) and from there on in you’ll encounter floating mines you’ll have to clear with your gun. I have a strong hunch that eventually you’ll get a bow or something, too.

And that’s about all I’ve got so far. It’s a cute game and I had fun but it’s not going to take me away from the games I’m currently invested in. For less than $8 it’s a fun diversion and even at full price its only $15 or so. If I ever come back to it to play it more extensively I’ll do an actual review. Remember once again, this is based on less than 2 hours of playing.