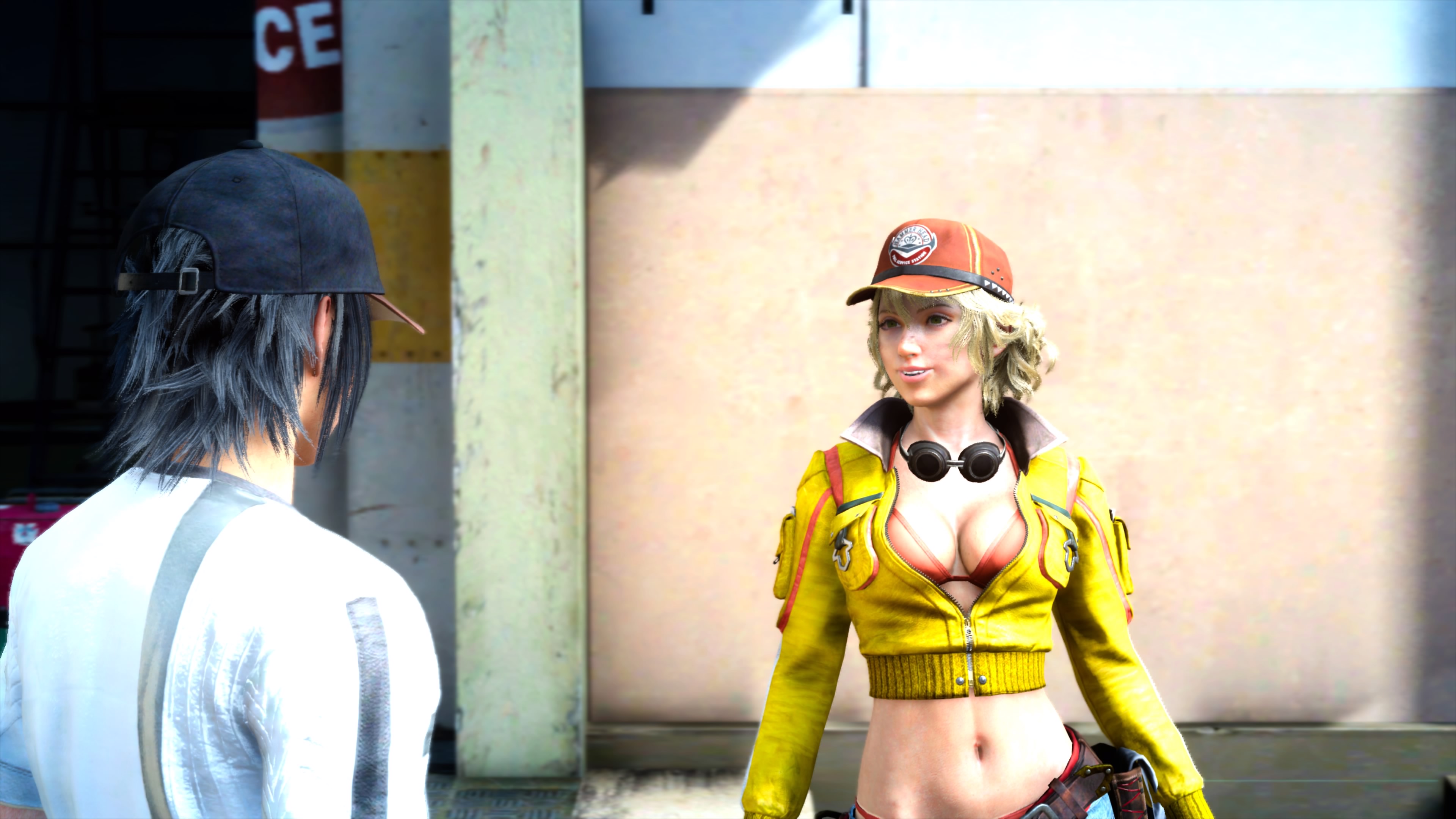 Clickbait headline is clickbait! Really I want to talk about nudity and near-nudity in general as it relates to gaming. I realize this is a bit of a minefield so if you hate my opinions just keep in mind that I’m not a game developer or influencer so what I think ultimately doesn’t really matter.

Back in the day, the chainmail bikini was everywhere (I’m using the term chainmail bikini as shorthand for any kind of sexy but impractical outfits). You remember those days. You’d have games where a male character fought covered head-to-toe in plate mail and his female comrade was basically naked. Some folks loved this, others hated it. Over time things have changed, at least among Western developers. You see less female skin than you used to, though the issue hasn’t vanished completely by any means (and developers in Asia still seem to revel in skimpy outfits for female characters).

I’m going to make a confession: I always liked chainmail bikinis, no matter how impractical they were. I know I’m not supposed to like them, but I’m going to blame it on the fact that I’m male and I’m old and I’m hopelessly out of touch. I grew up in a different time with different values. Free love, let it all hang out and if you can’t be with the one you love, love the one you’re with. AKA the 60s. Anyway…

And just between you and me, I know for a fact that I’m not the only one who likes them but I’m not going to out anyone. Instead I’m wondering if there’s a way to save sexy outfits without continuing to offend the folks who are not fans. I want everyone to be happy gaming and if that means more conservative clothing, so be it. But maybe we can find a way for everyone to be happy.

But a better option is offering choices. No one should HAVE to play a scantily clad character of either sex. I’m a big fan of “appearance armor” in games. I’ve played MMOs where friends would get gear (usually this is for their female characters) that had great stats but looked like something a stripper would wear and they’d have to make a tough choice as to whether they wanted to use that armor or not; they needed the stat boost but were uncomfortable with how it made their character look. Forcing a player to make that kind of decision is just dumb. Let people dress their characters the way they want to dress their characters. Like I said, I know plenty of folks (of various genders) who LOVE the chainmail bikini look, and I know plenty who get really annoyed when they’re forced to play a character in revealing clothes. Why not give people a choice and make everyone happy?

Of course then there’s the issue of NPCs and in multi-player games, other players. If I chose to wear conservative armor, why do I have to look at another player in something skimpy? That’s a trickier issue. I almost want to say “Get over being such a prude” but that’s not very helpful. I mean here in the US we have such twisted ideas when it comes to nudity. The Walking Dead can show a person being bludgeoned in the head so hard that their eyeball literally pops out of its socket and that’s OK, but if one of the female characters exposed a nipple, people would lose their shit about it. That’s so… bizarre.

OK let me climb down off this soapbox and put it away.

Some games have settings for the level of gore you see. Why can’t games also have settings for the level of skin you see? Assuming you as a game developer are already offering both conservative and revealing outfits, as you should be, then maybe a toggle in the options would replace all revealing outfits with something more conservative. I wonder if that would be practical? I guess then someone would have to make judgement calls: “OK outfits A, D, E, L and of course X are all provocative and will be swapped for outfit B, aka Business Casual, when the ‘hide skin’ option is toggled.” Yeah that sounds like a minefield, doesn’t it?

Maybe I don’t have all the answers after all, but maybe this is a start. What do you think? Is there a way to offer sexy/revealing outfits (for both genders) without offending the folks who aren’t into that sort of thing?

So what got me started thinking about this topic are, ironically, a couple of single player games I’ve been playing and how I’ve reacted to them. As you can see in yesterday’s post, Fairy Fencer F has the character Harley who has large breasts and a skimpy top. I actually hesitated to blog about Fairy Fencer F just because of how Harley looks, but the truth is she doesn’t bother me one bit. In fact if I’m being completely honest I kind of like Harley, BUT I’d hesitate about recommending the game to some of my friends because she looks the way she does and you can’t change that. If you’re not a fan of cleavage Harley is going to be very off-putting.

Conversely in Final Fantasy XV there is Cindy. Cindy bugs the hell out of me. Cindy is supposed to be a mechanic. She wears tiny shorts with her thong-strap pulled up well above the waist onto her hips and a tiny bikini top with a cropped jacket over it. And of course she has large breasts. In Final Fantasy XV you have to get gas for your car. In most gas stations Noctis fills the tank himself, but at Hammerhead where Cindy works, she takes care of it, then she leans over the windshield to wash it, making sure you get a good look at her boobs. (Video below.) It is all totally gratuitous and pandering and it just bugs me. I really want to be able to change Cindy’s outfit but I can’t (since she’s an NPC). So from that point of view I get that sometimes these outfits are very off-putting.

I don’t know why I have such a different reaction to these two characters. Maybe its because FF XV has more realistic graphics while FFF is very cartoon-ish? Maybe it’s the tone of the game? Fairy Fencer F is just kind of silly and ‘light-hearted’ whereas FF XV is trying to tell a much more serious story.

I haven’t been able to unravel why I want Cindy to put some damned clothes on while I just roll my eyes when Harley’s boobs jiggle a bit in every combat flourish. I’m glad I’m not a game developer trying to keep everyone happy.

Anyway what do you think? Is there a way for game devs to offer sexy outfits for those who enjoy them while not offending the players who have more conservative tastes?

2 thoughts on “Let’s talk about boobs (in games)”