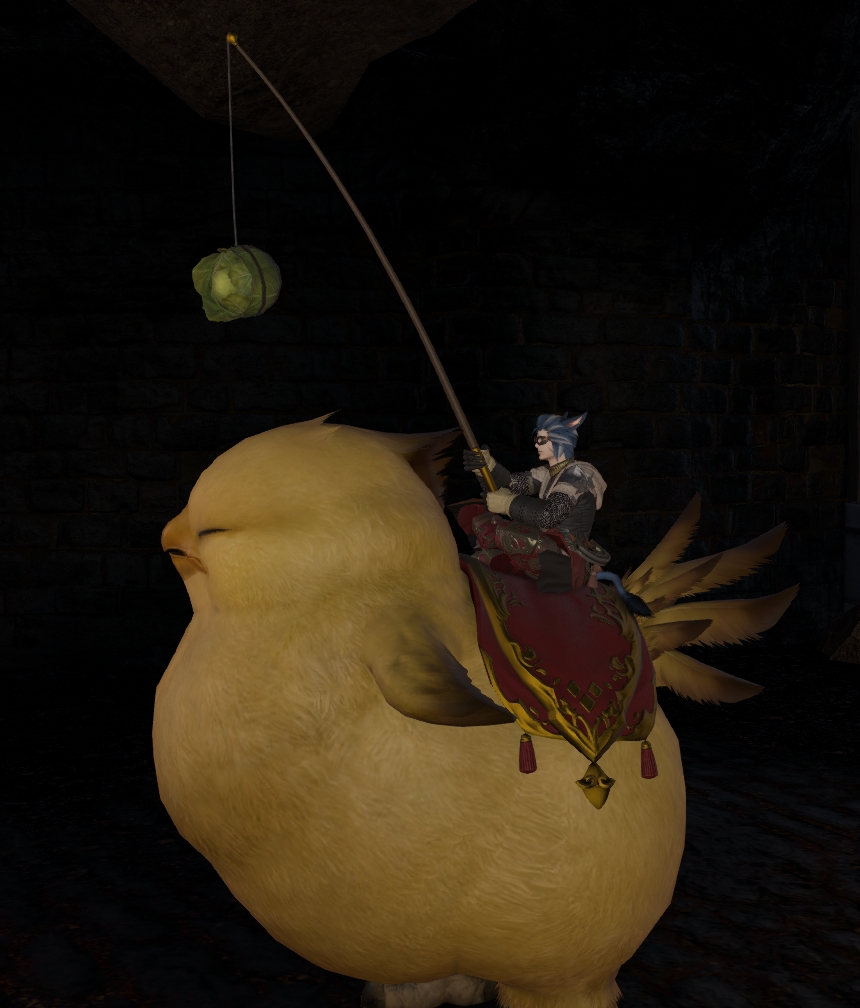 Final Fantasy XIV is unusual in that it is an online game where PC, PS3 & PS4 players all play together on the same server. If you have a FF XIV (and have purchased clients for multiple platforms) you can be playing on your PC, log out, go to the living room, turn on the Playstation and log in with that same character and keep on going.

In a lot of ways this is pretty awesome. At long last you can play on your preferred PC platform but still go adventuring with your friend who’s a devoted console player. Or if you’re like me you can just bounce back and forth between playing on the couch and in the office, depending on your mood.

But there’s a negative side to this as well. I actually prefer playing on the console but I have to confess I feel a little bit uptight about it, at least when it comes to group content. I LOVE doing solo quests on the Playstation but I’m just not as efficient with a controller as I am with mouse and keyboard, particularly when it comes to quickly targeting things. Partially this is a matter of practice but it’s hard to argue that anything is easier than just pointing and clicking with a mouse when you need to target a specific mob.

Then there’s communicating. If everyone in my group is on teamspeak then I’d have to drag out a laptop or something to log in. I can use a keyboard, of course, but that means setting the controller down when I want to say something. Perfectly acceptable while soloing but in a boss fight in a dungeon those lost seconds could be crucial.

If I was on a server that only had PS4 players everyone else (well most everyone else, it certainly IS possible to connect mouse and keyboard to the PS4 and play that way) would have the same disadvantage when it came to controls. Ideally the game would have native voice chat for parties so everyone could communicate that way, but if not we could use the Playstation’s Party Chat to communicate.

But I’m playing with PC players, and I suspect primarily PC players, and I’m really sensitive about screwing up other people’s enjoyment of a game. So when it comes time to do group content (and FF XIV forces you to do group content if you want to advance the story and unlock things like using mounts) my enthusiasm for the game wanes. I don’t want to be fumbling around trying to target the right mob while the rest of my group is doing all the work, and I don’t want to be that guy who never speaks because I can’t fight with the controller and use the keyboard at the same time.

I’m really looking forward to Planetside 2 on the PS4 and Neverwinter on the Xbox One, because both are games I’ve enjoyed and (as far as I know) both intend to silo players so that everyone you’re playing with will be on console. Hopefully both will also come with native voice chat support.

In the meanwhile, back in FF XIV, I’d love for Square Enix to add some kind of ‘solo mode’ for the required storyline dungeons so that players like me can at least get through them and unlock chocobos and such. This weekend I started leveling my 8th or 9th character. I always get to It’s Probably Pirates (the first required dungeon) and quit playing. And oddly even though this is my 8th or 9th time through low level content I still really enjoy my time in that world.

I guess I should bite the bullet and play through that content on the PC and just get it over with, because I want to ride my chubby chocobo!