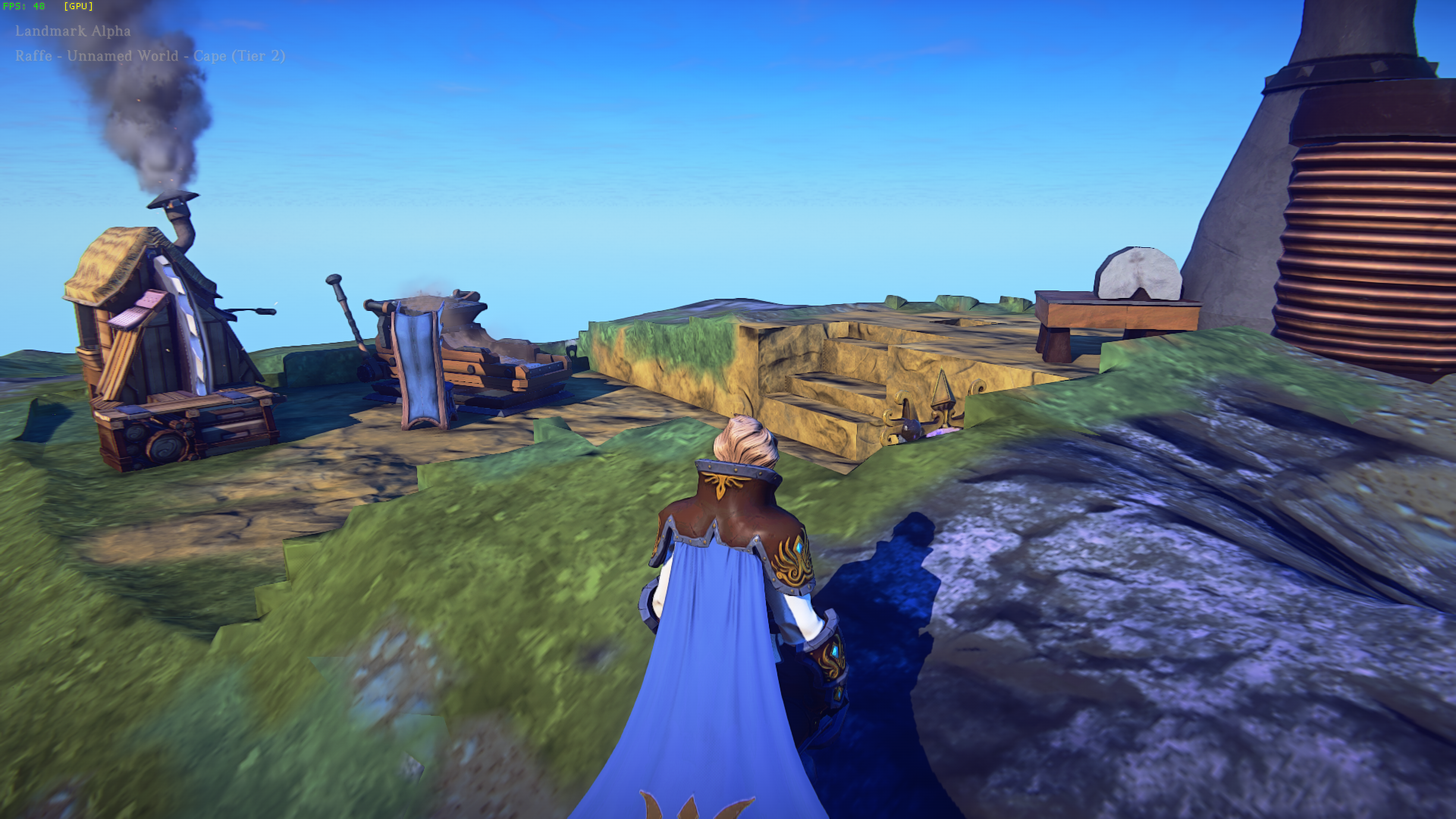 Hmm, I wonder how long I’ll be able to keep track of the day count?

I’m still not getting a super amount of time to play due to a big project finishing up at work this week, but that hasn’t kept me from keeping tabs on things. Angela and I both have the bug bad. The other night when the new server came online we got up at 4:30 am to find new claims. Last night we got to bed at about 3 am (I worked until about 1:30 then HAD to spend some time playing) and a few hours later I was woken up by her getting back into bed. I asked where she’d been. “Couldn’t sleep so I went to play some Landmark.” LOL

Anyway on to the changes. I’m wondering if SOE is regretting this ‘transparency’ experiment yet. There are two downsides that I can see from my position on the outside looking in. The first is the amount of time it takes the team. Transparency = communication and communication takes time. The second is the fact that they’re really taking a beating in the process of teaching customers what “alpha” means. You see a lot of upset people complaining in the forums and on Twitter that they lost work or were bitten by some other bug-related issue, and being typical hysterical gamers about the situation, screeching about how SOE is ripping them off or whatever.

In fact “It’s Alpha” has become something of a meme and source of ridicule among the players. When someone tries to report a problem they’re now met with a chorus of “It’s Alpha!” Some of these replies are in jest, many are from staunch defenders of the game who refuse to see it as anything but a perfect jewel. Of course the people BUILDING the game don’t see it as a perfect jewel yet.

Yesterday the Alpha forums were opened up so anyone can read them. You still have to be part of the program to post. This was a bold move because, as with any game I think, for every 10 people playing and enjoying the game, there’s one who is frustrated and venting in the forums about what a piece of crap the game is. I’d like to be more pro-active in the forums to try to balance that out but frankly they’re already pretty toxic (as most official forums are) and I usually just get mad at the stupid things people are saying. When I do say something I make it a point NOT to revisit that thread in order to avoid being pulled into an argument.

My one criticism of SOE as far as transparency goes is that they need to route all their communication through one source. As it stands you need to watch the forums and a few different twitter accounts to really know everything that’s going on. I mostly stick to watching John Smedley and Dave Georgeson but I miss things from other team members. The official twitter feed mostly focuses on the big issues, but by following Georgeson, in particular, you learn a lot about upcoming features; much of that info never makes it to the alpha forums, or if it does it quickly gets lost in the noise.

Anyway enough about that. How about the game? Well the past couple of days has seen a new server, and the addition of 13 more islands/shards/continents for each of the 3 servers. The three biggest pain points (as far as I can tell) up to this point have been claim changes not saving (the world kept reverting to its original state) which I believe is fixed, lost/missing bonus items, which I think they’re still working through, and a lack of claim space.

This last one… it’s a complex situation. I moved my claim just before Serenity (the 3rd server) came online. There WERE spaces to plant a claim. The problem is everyone wants to be near the Spire (you use the spire to move between shards and you HAVE to move between shards to harvest different materials). Those plots get snatched up quickly and then the griping starts. It’s like any real estate: Location, location, location!

So there have been open spaces to claim if you look hard enough. But you did have to look hard. When the new server came online it seemed to fill up to the same extent as the old servers within the first few hours. Where are all these people coming from? One problem was that some people had managed to get more than one claim. And when a character was deleted, that character’s claim didn’t go away…it just became orphaned. So another fix that was run last night was wiping out those orphaned claims, and wiping out any 2nd, 3rd or beyond claims players had. We’re told that freed up the equivalent of 7 additional shards of space.

Some people got burnt in this clean up, losing the only claim they were aware of (at one point I lost my claim for 2 days before stumbling upon it again and I suspect at least some of these people had a claim they thought had poofed, but hadn’t). As far as I know SOE is still sorting that situation out.

One of the next big projects is a re-working of the map and how it displays claims, and I think that’ll be a help. I relocated my claim (again!) last night and found that the new shards on the older 2 servers have lots of space left. I finally went up a mountain this time. I wonder if I’ll regret it, as climbing that hill is a pain!

A European server is scheduled to come online next (maybe this week) and even more servers are on the way.

But the one change I’m really looking forward to is a toggle for harvesting. You do a LOT of harvesting and have to hold the mouse button down constantly right now. In the works is an ‘auto attack’ for harvesting. Toggle it on and your character starts swinging until you tell him not to. That can’t come soon enough!

Oh, and some kind of compass on the HUD, PLEASE!?

That’s all I have time for this morning. I’ll leave you with a couple of random screenshots of my new hill-top claim: