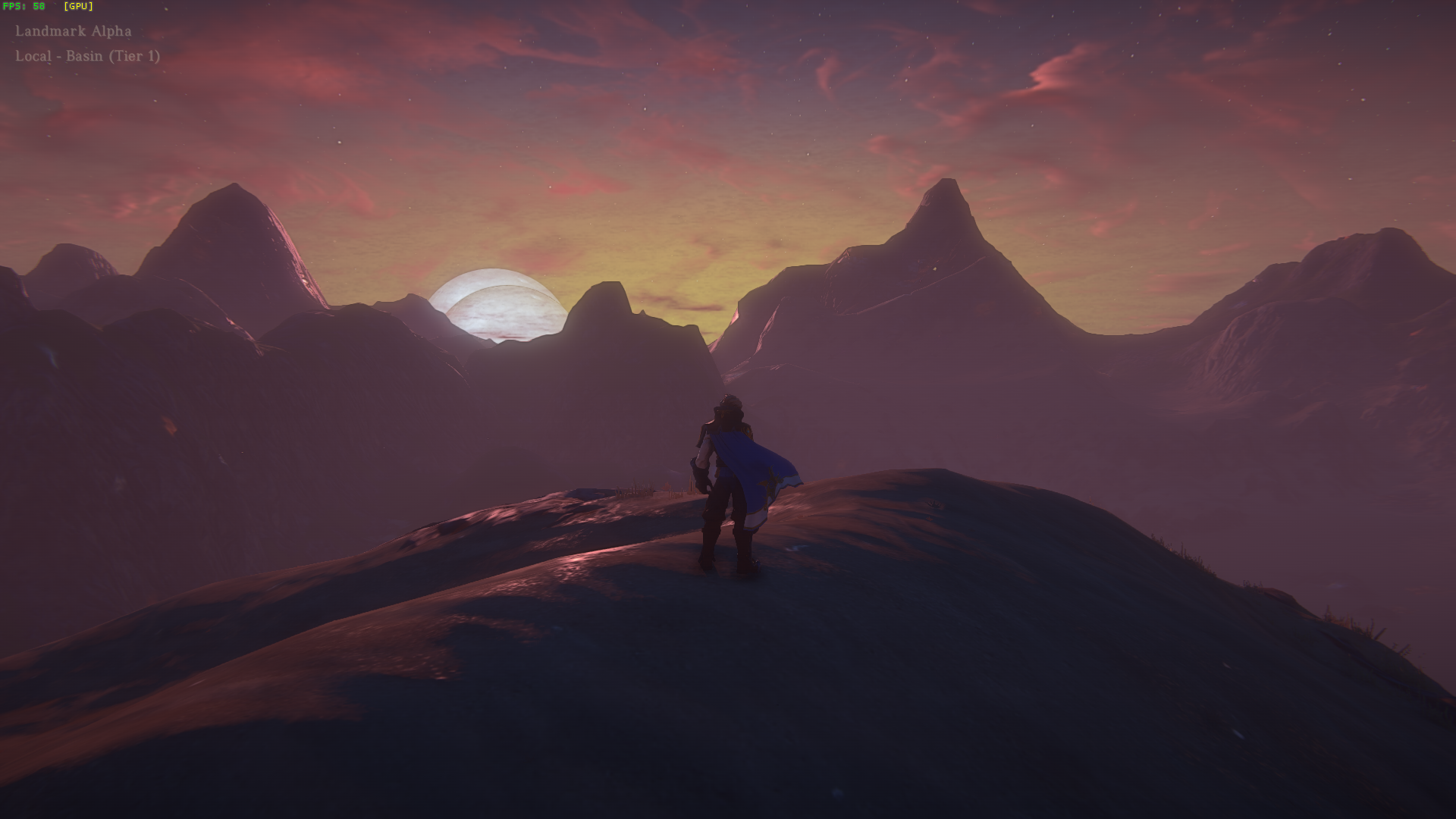 Work is pounding me this week, so I didn’t get to play Landmark much yesterday. Maybe 15 minutes all told? When I finally decided it was time to relax, the servers were coming down for a fix. Such is life! I went back to my own job and got a little ahead of schedule so maybe I’ll be able to play tonight.

So as has been mentioned frequently, SOE is being really open about the whole development process. When stuff breaks they tell us why and what’s going towards fixing it. We’re given a general idea of what’s being worked on currently and what’s going to be next.

As a player this doesn’t matter that much; knowing why the servers were down doesn’t change the fact that you can’t play, right? But as a ‘student of computer games’ I find this all fascinating. I’ve had Dave Georgeson’s twitter feed open constantly. By learning the specifics of what goes wrong you can start to build a kind of vague mental road-map of what it takes to build something like EQNL. Even if I didn’t like the game I think I’d keep reading his feed.

The Alpha Forums are locked down for people not in the alpha, but they hope to change that so anyone can read them, but only ‘Founders’ can post. I hope they can make this change because beyond Georgeson, there’re several devs who drop in to post now and then and they add to the knowledge pool.

The big fix from last night (assuming it worked…I haven’t had time to test it) is a problem with claims reverting to their pristine state any time the servers restarted. Assuming that’s fixed we should see some awesome building going on soon!

SOE says they think they can get lost tools back too (a lot of folks placed crafting stations on their claims and came back to find they’d vanished). So that’s more good news.

A new server should be coming online today and more are on order and in-bound. Should be plenty of open space to stake a claim soon! Also a re-work of the map is planned for the near future. Part of the issues with finding a claim are that the map shows bogus results under certain conditions.

I guess that’s it for today!