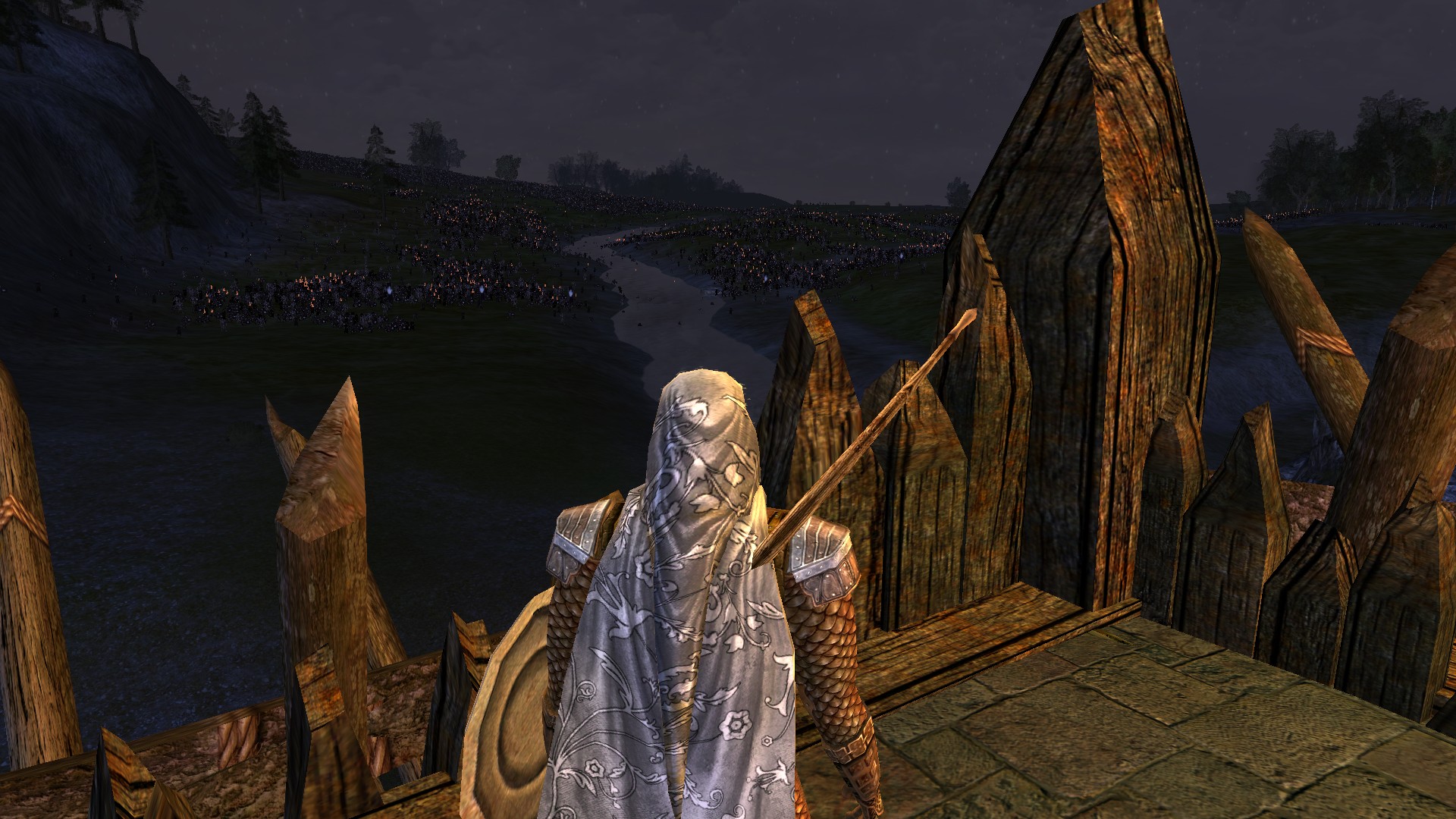 I’m still back in LOTRO, kind of deeply in fact. Raptr said I spent something like 16 hours playing last week, and it stopped tracking for a few days so it was probably over 20 hours, which is a LOT of gaming for me. I haven’t been writing about it because someone pointed out that no one wants to read about old games we’ve all played, and I couldn’t really argue with that.

But I’m having one problem. LOTRO (and every other MMO on the market) is SUCH a time sink. I have a bunch of single player games I want to check out, other older titles I’ve been itching to get back to, and my DVR is filling up with TV shows I want to watch. But…but… MUST GO TO MIDDLE EARTH!

Among my friends it feels like most of us are either MMO players or we’re non-MMO players. Sure there’s some dabbling back and forth but we all seem to have a primary focus. I’m trying to straddle the line and play both but I’m really struggling trying to find balance. I keep booting up a single player game and then thinking I need to log in to get my Hobbit Gift or how I should finish up that Journeyman Farming tier or that there are orcs what need killin’! So I shut down the single player game and log into LOTRO.

But then bedtime comes and I’m kind of sad that another day has passed without checking out Blackguards, or getting further in my Assassins Creed IV adventure. or going back to 7 Days to Die, or watching that Bonnie and Clyde mini-series I recorded last fall.

I’m almost looking forward to the day I log into LOTRO and go “Meh, I’m just not feeling this anymore.” Which is a weird thing to think. But of course, I’m never going to “finish” LOTRO and my lifestyle is such that I’m never going to have so much gaming time that I ‘play my fill’ of the game for the day and move on to something else. Every time I log off, I do it reluctantly because there was that one more thing I wanted to finish before calling it a night.

And I remember now that this is part of why I drifted away from MMOs for a time. They sort of demand that you be monogamous, and by nature I’m sort of promiscuous when it comes to gaming. There are so many great games out there waiting to be played, and life is short.

I have no solution to this dilemma. Well, I do. I know that my “Meh” day is coming. I just don’t know when. But it happens with every MMO. One day I’m thinking of using up vacation time just to play, and the next day I’m suddenly completely off the game. With me, it happens just like that. I don’t normally drift away slowly. I just suddenly stop playing.

I wish I could learn balance though. Maybe if I did, I’d actually stick with an MMO for a while.

2 thoughts on “LOTRO is a harsh mistress”