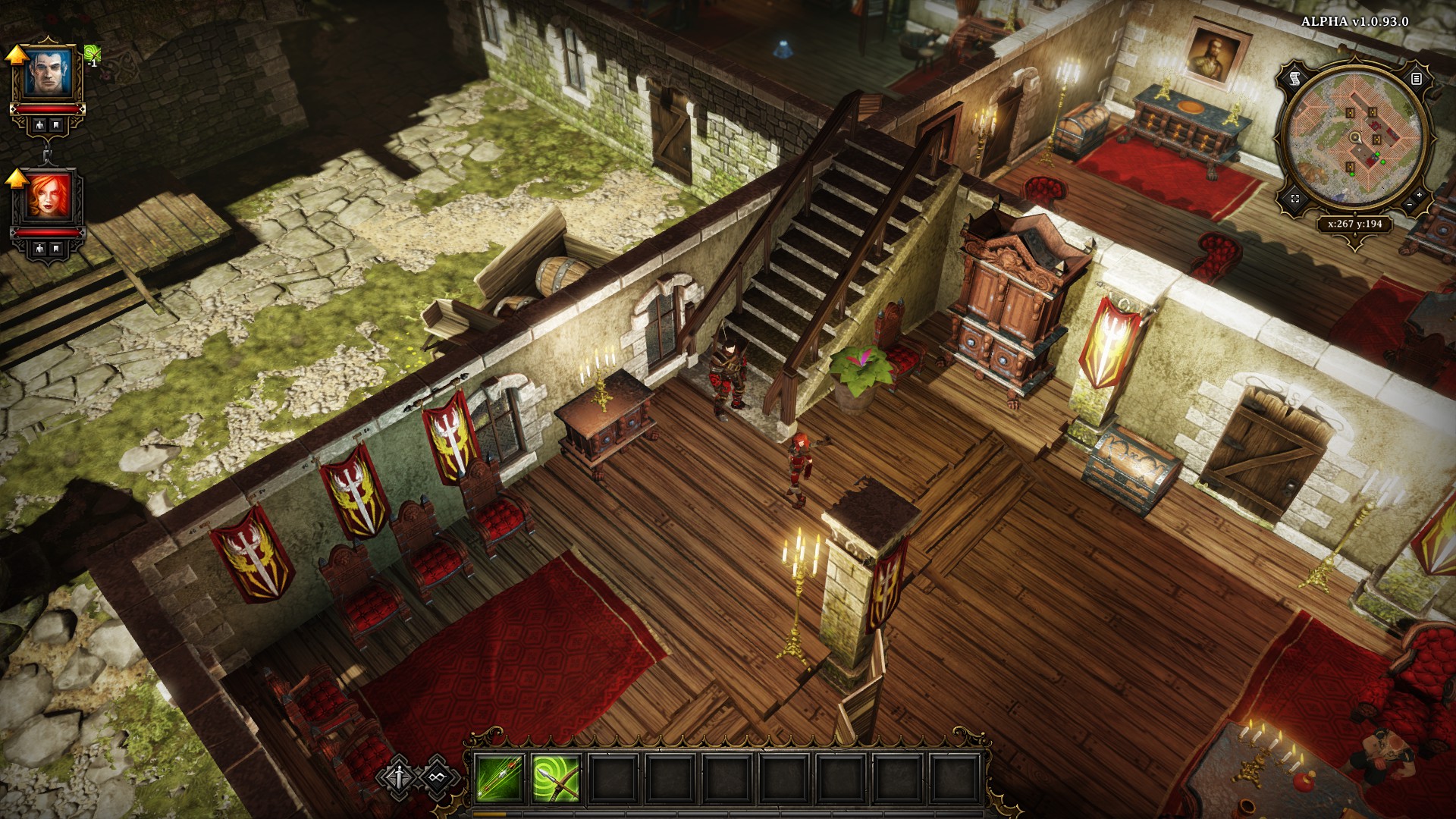 Larian’s Divinity: Original Sin is billed as an epic RPG with tactical turn-based combat, support for co-op play, a classless character system and rich crafting. That’s the vision anyway, and the game has gone from a successful Kickstarter campaign that was funded just last April to arriving on Steam as an Early Access title.

In the PC gaming world, alpha is the new beta (I’m not really sure what that means but it sounded catchy) and that’s where Divinity: Original Sin is in its development cycle: alpha. It’s not balanced or bug free, and it certainly isn’t all there (they say the first 15 hours are available) but there’s enough to get a feel for what they’re aiming at.

Tonight I had a chance to jump in and noodle around a bit. Mostly I wanted to see what combat was like and just get a feel for how the game works.

You start your adventure with a pair of characters and can pick a “class.” Didn’t I say it was a classless system? It is, but a starting character has a package of skills and abilities that puts them into what we think of as a class (Warrior, Mage, Ranger). As characters level they can become whatever they like. You can play alone, switching between characters and running them all in combat, or you can play with a friend. I was playing solo.

You see the world from an isometric viewpoint using “click to move” to order the character you’re controlling around. It feels like a real time game until you enter combat. Then everything stops and becomes turn-based. I recorded part of an early combat encounter:

The guys with green circles around their feet I’m not controlling. The orcs with the red circles are the bad guys and the two with the blue circles are my party. You can see the skills listed across the bottom in a hot bar, and above that, when a playable character is active, you can see a series of small circles that represent Action Points. You seem to be able to attack only twice per turn (as far as I could tell) and moving uses Action Points depending on how far you travel. At the top of the screen is the turn order for all combatants. Now you know about as much about combat as I do!

After this fight finished I wandered around the village, talking to people and finding quests. For now at least, you have to look for quests. There’s no “!” over a quest giver’s head. It’s the kind of game where you need to be willing to spend time talking to NPCs and figuring out what’s going on. If you’re playing co-op, your partner can get involved too, and in fact you can use skills (Intimidate, Charm, Reason) on your partner’s character, which should lead to some fun interactions.

When you get a quest, it goes into your Journal in a fairly vague way. In the alpha one of the first things you need to do is meet up with a mage in the second floor of the barracks. Easy enough to do, once you find the barracks. There’s a map but none of the buildings are labeled. I finally had to resort to reading street signs. (I was thinking about looking for a pad of graph paper to make a map on!) It’s not clear yet if this is the game being deliberately old school or if things like labels and quest helpers aren’t in the game yet. I kind of like it the way it is now, personally.

I was also happy to encounter, very early on, a task that couldn’t be solved via violence. Instead it was more like a puzzle. No spoilers though!

When a character levels up you get points to add to attributes (Strength, Dexterity, etc) as well as points for skills (crossbows, fire magic, lockpicking) and there don’t seem to be any limits on who can take what. It’ll be interesting to build different characters and see if specialists are always better than generalists.

Early on in the alpha a third character joined my party; I’m not sure what maximum party size is. Time will tell.

And that’s about all I have for now. I only played for about an hour tonight. I’m going to try to walk the fine line of keeping up with how the alpha is shaping up, without burning myself out on the content in this section of the game. So look forward to more posts about Divinity: Original Sin as it moves through alpha, beta and finally into launch.

Disclosure: Access to the alpha was provided to me by Larian Studios.

One thought on “A quick look at the Divinity: Original Sin alpha”