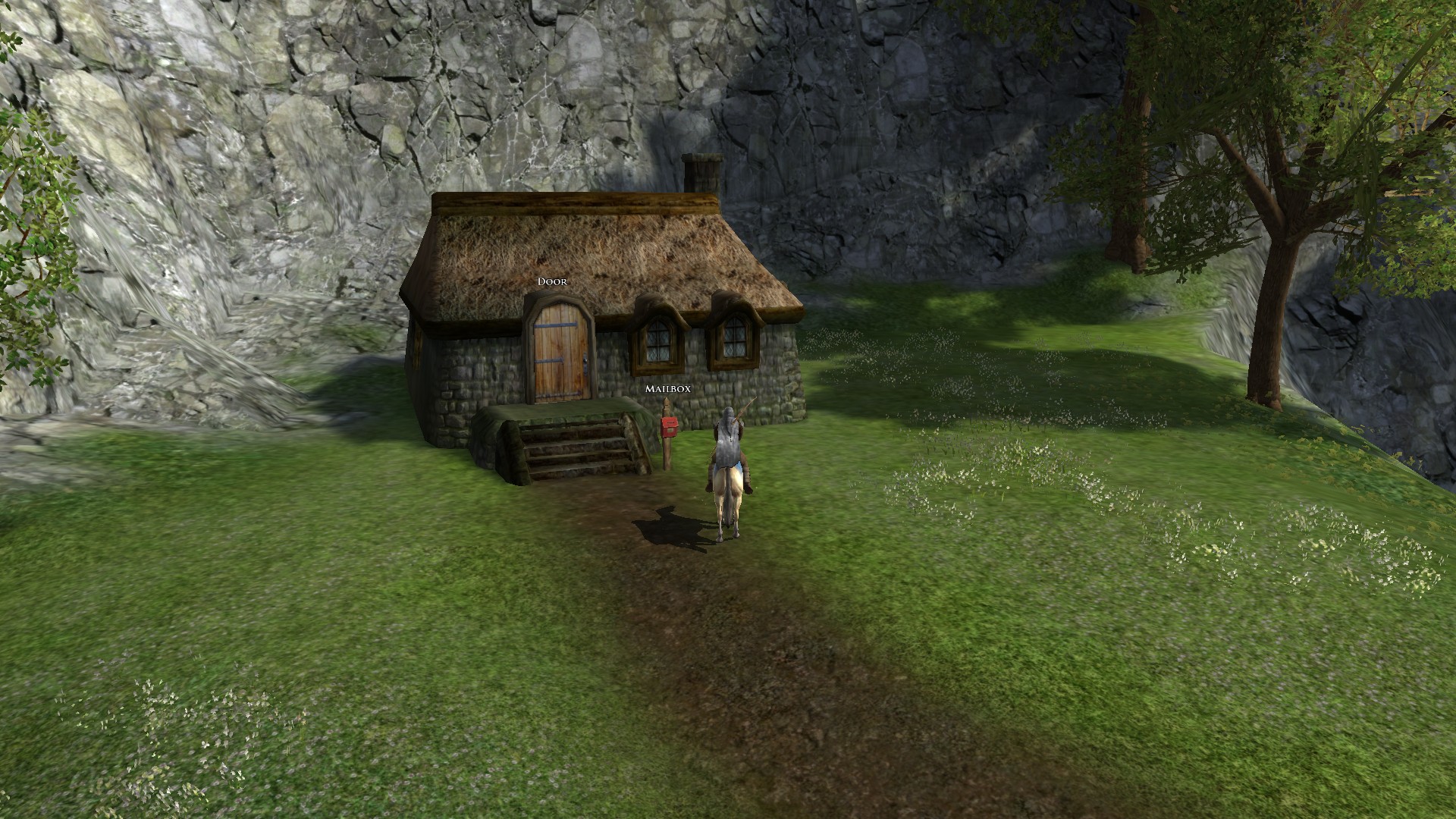 So there I was, back in LOTRO and pleased as punch, fighting for the good people of Archet and feeling like a Big Damned Hero. And then it happened.

OMG I’d forgotten DEEDS. If you’ve never played LOTRO, deeds are a feature similar to dropping a cement block on your toe over and over. They are THAT fun! Deeds give you some task to do, and in exchange you get a reward like a title or a trait. Traits in turn give you some kind of permanent stat increase.

Now some Deeds are fine. Deeds that task you with finding landmarks actually can be fun. Deeds that reward you for using your skills are kind of transparent.. you earn them in the course of playing. But the deeds I’m talking about are the Slayer deeds. Kill X of Monster Type Y.

I started thinking about playing “7 Days to Die” instead of LOTRO.

But then I whined about deeds on Google+ and my buddy Scott slapped me a few times to calm me down and said “You’re not some uber raider… let go of the completionist mentality. You don’t need to worry about deeds.” (I’m paraphrasing some…my ears were still ringing from the slaps.)

And for once in my stubborn life, I listened. I immediately quit worrying about kill deeds. And then I took the advice and ran with it. The reason I was playing LOTRO was to experience the world, not squeeze it dry. So now I’m playing LOTRO for the Epic Questline (a series of quests that tell an ongoing Story about your adventures that revolve roughly around the Fellowship of the Ring).

In practice, this means I’m doing enough ‘side’ quests to keep my level high enough to do the Epic Questline. I did pretty much all the quests in Archet and Combe, but by the time I got to Staddle I started skipping quests because I was high enough level to press on with the Story quests.

While I felt a little guilty as I left Staddle with so many sad little hobbit eyes turned my way in hopes of assistance, I had bigger fish to fry than trying to sort out the love life of this one, and harvest the pipeweed of that one. The Enemy is stirring! Pick your own damned pipeweed!

I do have the advantage of being familiar with these quests, so I can pick the most interesting ones. I’ve spent very little time out in the fields killing boars and bears, preferring instead to drive the Blackwolds and Sharkey’s Men out of their lairs and into early graves.

This means all the quests I’m doing are Blue or White, so the experience rewards give me healthy chunks of progress. I remember too well trying to do everything and winding up over-level and doing Green, or even Gray, quests and watching that experience bar barely move as I grew more and more bored with the area I was questing in.

I’m also trying to do quests in chunks. So rather than grabbing half a dozen quests, I’ll grab one and then do the follow up to it and the follow-up to that, following a quest line and enjoying the story that way. In the past I’d just always do whatever the lowest level quest in my log was, and the side-stories would wind up fragmented.

So this is keeping LOTRO feeling fresh for me this go around. It’s a constant struggle for me to not fall back into that “must do everything” mind-set (which always kills me because I get bored and quit the game completely) but so far I’m doing OK.

Though I did slip up and buy a house. I probably shouldn’t have put down roots…

4 thoughts on “I’m in a LOTRO state of mind”