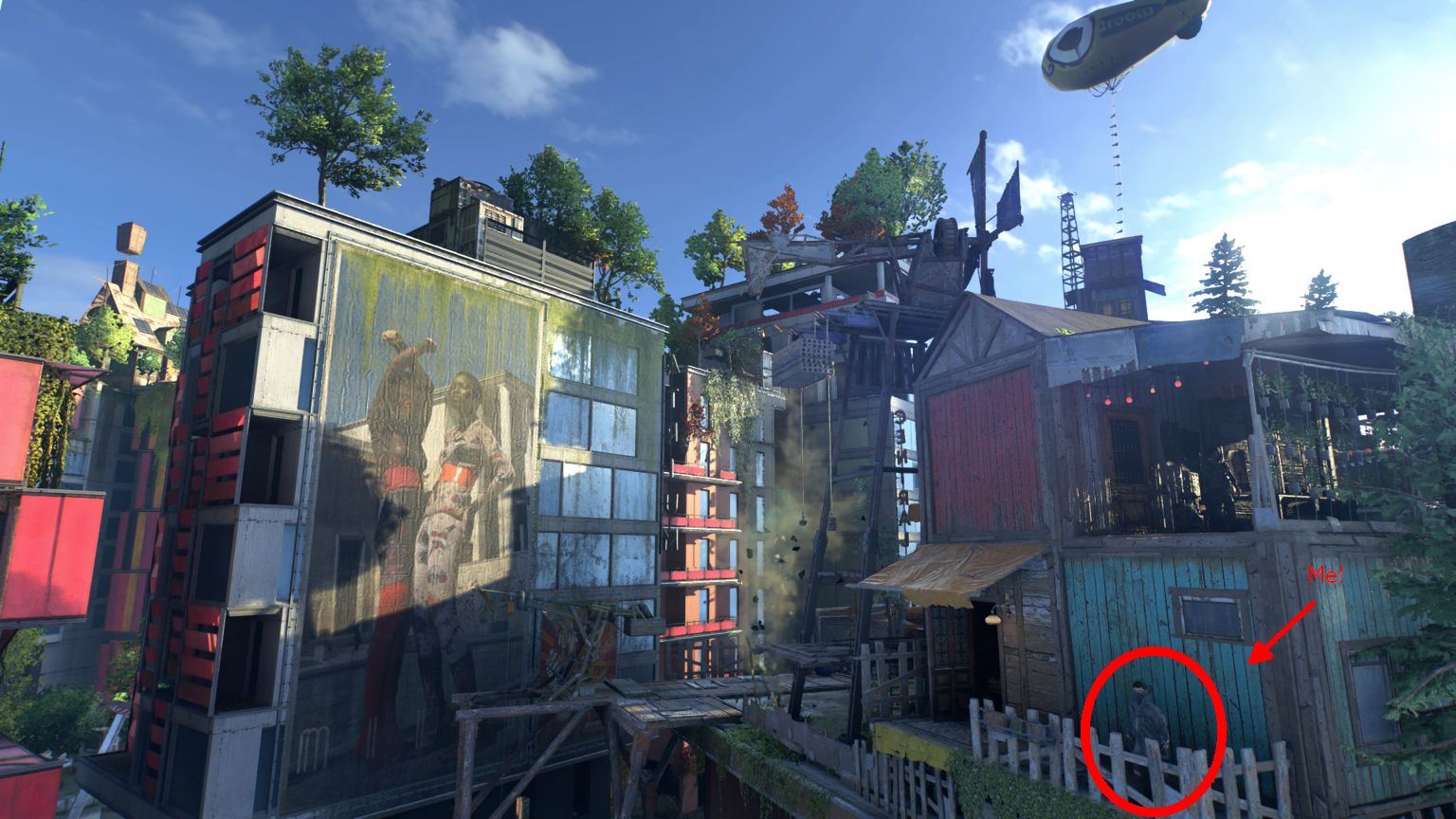 This post started as a section in my monthly recap for November but it got long enough I figured I’d better split it out on its own, in an attempt to keep the monthly recap a bit shorter.

So as predicted, here it is fall and I’m back. I’ve played a lot more of it than I did last winter, but I’m not even sure why because overall I don’t enjoy it all that much. Technically it has gotten better; much of the jank is gone and it runs nicely on the PS5, so that certainly helps. But I still have a litany of complaints, most of them fairly personal.

First, the gore factor. This is 100% on me. I knew going in that the game was going to be super-gory; it’s one of the title’s calling cards. I completely support and respect their decision to make a game like this but, that vibe is just no longer for me; it is just too much. I kind of feel the same way about DL2 as I did when I stopped watching The Walking Dead. Enough is enough, y’know? After a while the gore just starts to wear me down. Also it’s bad enough that @partpurple started commenting on it, and so I stopped playing when she was in the room.

Second, there’s a lot of facets that have to do with time pressure. You’re infected and any time you are out of the sunlight (UV light keeps you healthy) a timer starts ticking down and if it hits zero, it’s game over. Again, this is 100% me and what I do and do not like: I hate time pressures in my games. I am a slow and deliberate player (side note: there are endless zombies so being slow and deliberate wouldn’t really work even without the time pressure). There are a lot of side quests that are “complete this challenge in under x minutes” that I just refuse to do. Also, minor thing but there’s no way to abandon a quest so my journal is full of timer-based side-quests that I will never do.

Lastly, the first person stuff makes me queasy. Again, this is a Me thing; you might not have any issues at all. It’s a fairly minor issue when I am in control. The big problem happens during in-game cut scenes when you lose control of the camera and your view of the world starts flailing around. Our vision does not work like that for one thing, so it feels dumb to me. More importantly, it makes me feel really sick really fast. At times I had to look away from the screen. One night after a long session of this nonsense, the game made me so sick that the next day I still had a headache from it.

So that’s a lot of bitching. I keep deciding I’m done with it…but then I keep going back. I’m not sure if I’m hate-playing it or what. Maybe I just want to finish to say I finished, given how much time I’ve sunk into it. I can’t tell you. But I keep booting it up. It’s like scratching poison ivy. I know I shouldn’t but I keep finding myself doing it. Mind you, there are certainly satisfying moments. As gory as it is, the combat can be fun and some of the parkour stuff is delightful once you get the hang of it. The world is pretty interesting and the game looks really good.

Still though…the other day I started something new even though I hadn’t completed Dying Light 2 and I found myself slightly surprised that I didn’t get a headache while playing. My brain had started to associate “video games” with headaches and nausea thanks to DL2.

Maybe I should just put it on Easy difficulty and blast through what remains. 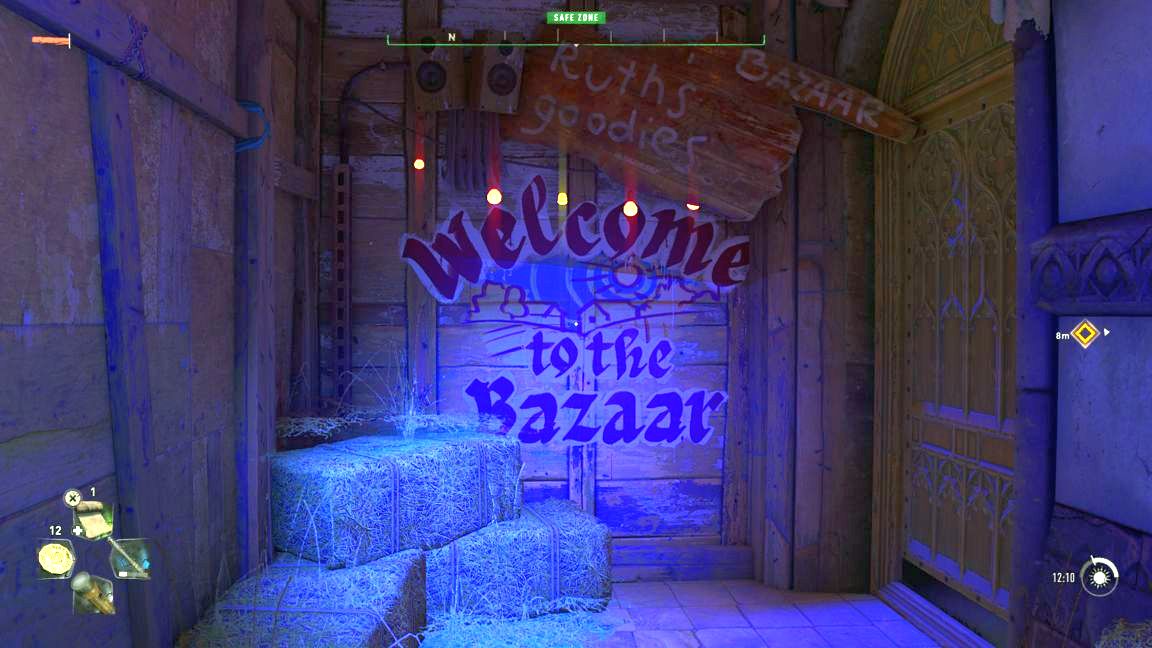 After all my pre-launch excitement about Dying Light 2, I felt like I really needed to blog about it. So I’m going to do that even though I’m not really ready to. I feel like I need to play it more, but I don’t really want to play it more right now. Let me explain…

I think there is a pretty good game buried in here somewhere and while I’m playing I have these brief moments of “Oh heck yeah!” fun, but between those brief moments I am experiencing a lot of bugs and a sometimes really repetitive gameplay loop.

I’m sure the bugs will get fixed. They range from minor (being prompted that you have unspent skill points when you don’t) to major (falling through the world, or through an object that you’re hanging onto).

A bigger concern is the story that, for me at least, causes some fatigue early on. You’re sent back and forth across the city to do quests, and in the course of doing so you’ll go past all kinds of events & activities, but you’re not REALLY equipped to handle these yet. So you just parkour your way past things to do and very soon the routes become familiar and boring.

Combat can be fun but is often pretty easy to cheese. You can take on a dozen human enemies just by climbing onto something and kicking the enemies off as they climb up to reach you, causing them to take falling damage. It’s amusing the first couple of times then starts feeling tedious since you’re not in any real danger.

As I said (if you choose not to cheese it) combat can be pretty fun, though again there is a downside. Weapons degrade and break quickly so I found myself avoiding combat to preserve my weapons. You can’t outright repair a weapon, though if you apply a mod to it it’ll restore some of the weapon’s durability. Later in the game is a hidden charm that you can use to repair a weapon indefinitely, but I’m not even close to getting to that point yet. Here’s a video describing where it is and how to find it:

The “Stay Human” part of the title refers to you being infected. The disease that eventually turns you into a zombie is suppressed by UV light, so during the day when you are outside you can ignore it. At night or when you are in a building a countdown clock starts and when it hits zero…something bad happens. I assume game over though I’ve never let it hit zero. There are herbs and consumables that help you stave this off, and I think the further into the game you go the more time you can spend out of UV without turning, but in the early game this is also super tedious. As you try to stealth your way through a building, taking out sleeping zombie enemies quietly, you’ll frequently have to back track to get outside and get a jolt of sunshine to reset the timer.

Setting aside that timer, stealthing through a building is fun and harrowing. Knowing that if you wake the wrong zombie it’s going to make enough noise to wake a bunch more and things are going to go very bad for you adds a nice tension to the gameplay. But with the timer and needing to go back outside the best way to handle these situations is to slaughter your way through the zombies, retreating frequently for a dose of UV and a bandage.

I read one review that said the game gets good once you’re finished the story and just have an open world of zombie combat to play around in, and I can see how that might be true.

There are lots of little things that bug me but they may just be me. It’s a first person game and your character blinks. I find that SUPER distracting. The screen will just go back for a fraction of a second and every time it happens I think my TV’s HDCP protection might be kicking in, which is a thing that happens with the PS5 from time to time. They also do the ‘in-game cutscene’ thing where your character turns and cranes his neck around so the view flails back and forth in a way no human has ever moved. It’s a pet peeve of mine since it always feels so fake and can be nausea-inducing.

I do have some buyer’s remorse and I have been reminded, for the 1000th time, not to believe previews or hype. You’d think at some point this lesson would stick. Worst, I have both Horizon Forbidden West and Elden Ring pre-ordered, though the former I was always going to get no matter what. I hope Elden Ring lives up to the hype and I don’t have to learn this lesson twice in the same month.

On the other hand, TechLand is basically an Indie shop and Dying Light 2 is self-published, so I’m just looking at my full-price pre-order as a way to support an independent studio, the same way my $60/year supports the local PBS station.

But for now, this’ll be my only post on Dying Light 2. I think I may go back to Bloodborne while I wait for Forbidden West to come out.

I leave you with this link to a short video of combat against human enemies. This is me playing, but the ending is so gruesome that I have age-restricted it so I can’t embed it!