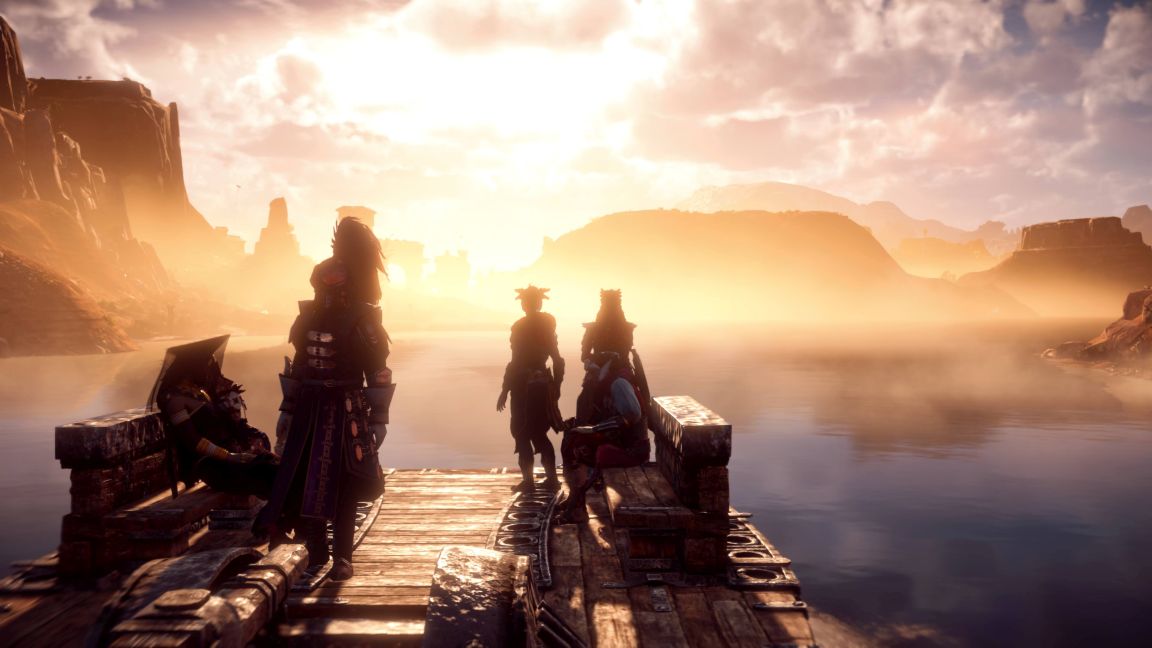 When Horizon Zero Dawn released in the winter of 2017 I was obsessed with it. I played through it, then got the Platinum Trophy, then told everyone who would listen that they had to play it. It is one of my all-time favorite gaming experiences and one of my favorite sci-fi stories across any medium.

When the Frozen North expansion came out I played through it, too, but I didn’t enjoy it as much. In fact as of right now I can’t remember what it was about, but I remember a lot of fights against powerful machines. Challenging but not as fun as what I’d experienced in the main game.

After Frozen North, I left Horizon Zero Dawn behind.

I decided to set Forbidden West aside and replay Zero Dawn. Three months later, I’ve finished that replay. And it was wonderful.

Not that it took 3 months to play it. I kind of dipped in and out of it for like 11 weeks, then hit the part where the story really ramps up and finished the second half in about a week. I had worried that, knowing all the twists to the story, I wouldn’t find it as good the 2nd time around but in fact it was like re-watching The Expanse or any other great sci-fi show. Knowing what you know, the 2nd time through, you pick up on all kinds of foreshadowing and details that you missed the first time.

The only catch with Horizon Zero Dawn is that a LOT of the story is told via audio journals, text files you recover, and holographic projections and many of these can be missed or skipped. I am a fairly fastidious gamer and tend to move slowly and explore everywhere and read everything but there are still some missing entries in the log files. For gamers who are more about getting back to the action as quickly as possible I wonder how much of the richness of the story comes through. (There were times I spent over an hour exploring and reading and never fighting.)

So now I have to decide, do I want to replay The Frozen North or should I just restart Forbidden West. I think I’ll putter around in Zero Dawn until the long weekend starts, then switch to Forbidden West. There’s nothing like a 3-day weekend to kickstart playing through a new and much anticipated game.